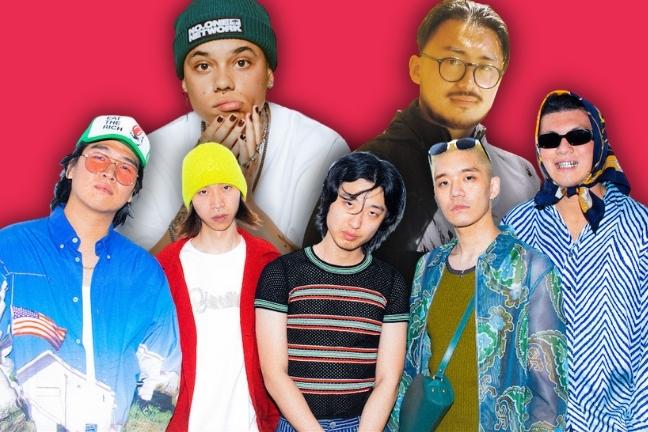 Week 4 of New Hip-Hop Videos From Aus 2022 has arrived; as always, showcasing the latest and best videos year-round from across the AU. Don’t miss out! Subscribe to our channel to be the first across the hottest new clips. Here’s a half dozen of our weekly favourites but there are hundreds to watch in our Youtube playlist! Which video are you into this week? Slam the comments with who we missed…

Korean-Australian hip-hop collective 1300 return with their new song ‘Oldboy’, inspired by the 2003 film of the same name. Accompanied by Raghav Rampal-directed visuals from Videohead, the Western Sydney-based group let their humour shine through their visual aesthetic, taking a comedic short film approach with an attention-grabbing intro scene that pulls viewers into the smooth pop/rap sound they’ve mastered. Each member’s eccentric style, flair, and presence on the mic are interwoven into 1300’s refreshing perspective and sound. The new release is the group’s fourth single and capitalises on their breakout success last year following tracks like ‘No Caller iD’ and ‘Smashmouth’.

Perth’s Sowdy offers a 6k PSA with his new track, ‘Stay Safe’ featuring K Tha Sovereign. The latest from one of WA’s most exciting voices marks Sowdy’s first single under the newly formed label, Shine! Records. Directed by JustPlayMedia, the B&W music video find the two emcees and their crew cruise around the streets of the 6k to the US West Coast-inspired single – full of bouncy trap drums, running piano keys and their infectious personalities. As one of the most consistent and versatile artists in Perth, Sowdy’s 2022 is backdropped by his Issa Gold collab and Picture Show mixtape with producer Macks Martin from last year.

Siala releases her powerful debut single ‘Blackout’, exploring the Northern NSW artist’s experiences with domestic violence. Produced by Brisbane’s Nerve, the glitchy and bass-heavy track sees her bounce from fast-paced bars to hypnotic melodies with an unmoving sense of confidence. Directed by Kyel Golly, the music video for ‘Blackout’ finds Siala surrounded by floating butterflies, newspapers and cereal before ending with a white light segment. Making her debut to the national stage on The Voice 2020, the young musician now returns with the first taste to an upcoming body of work set for release in the next few months.

Capturing Sahxl’s commanding stage presence, Ashi takes the director’s chair in the live performances of ‘My Mind’ and his unreleased track, ‘Another Day’. Creating a 70s inspired setting with retro televisions and his use of VHS effects, Ashi’s vision compliments Sahxl’s aesthetic for these tracks perfectly. After a mammoth 2021 saw him release four moody and melodic trap singles, the Sydney artist continues to prove he’s the real deal. His vocals in ‘My Mind’ sound impeccable, and he effortless switches his style instantaneously into the transition to ‘Another Day’. 2022 is undoubtedly going to be a huge year for Sahxl with all signs pointing towards a debut project somewhere on the horizon.

Melbourne producer Duan assembles some promising local talent for his heavenly new track, ‘Ways’. Directed by Nick Rae, the music video is a full 3k affair with ThatKidMaz’s relaxed yet piercing flow clinic complimenting Kobe White’s hook beautifully. As well as the relaxing vocals of Julia Lostrom and Elysia Gomez, the song is full of lush brass instrumentation and exudes a comforting thematic message of finding one’s way. The artists’ chemistry displayed in the song showcases the tight-knit creative community in Melbourne, across artists, producers, videographers and more. The song was originally released in 2021, with the music video of ‘Ways’ dropping alongside its recent remix by Eleftherios.

NZ-raised artist Sophiegrophy continues to level up her artistry in 2022 with a new release, ‘Crazy Life’. Following her last single, ‘Ways’, the Nigerian-born rapper/singer teams up again with Hunter Films for another cinematic music video. Over the 808s and synth-heavy production, Sophiegrophy blends vulnerability into her direct and braggadocious bars, as well as her unique melodic style. It’s been over five years since her debut and ever since she’s been expanding her wheelhouse of sonics across plenty of singles and her BOLD EP.