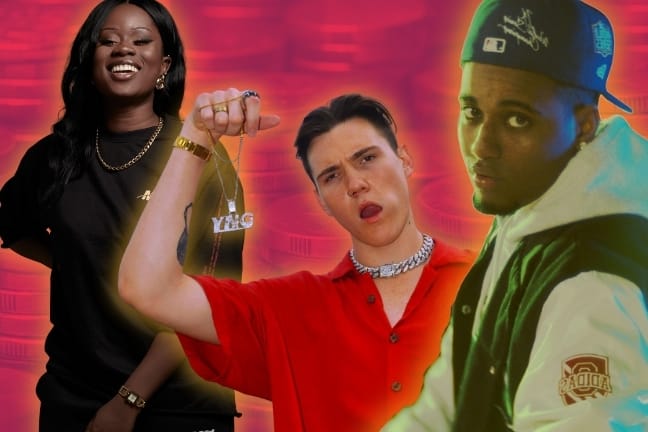 Week 43 of New Hip-Hop Videos From Aus has arrived; consistently bringing you the latest and best videos from across the AU. Don’t miss out! Subscribe to our channel to be first in the know with the hottest new clips out. Which ones you feeling this week? Spam the comments with who we should be featuring…

On YourBoyMars‘ first solo single of the year ‘CHEATING’, he offers hope for the heartbroken. The song features Mars’ smooth vocals over a mellow beat, paired with a nostalgic early 2000-esque R&B video shot by Taylor Edwards capturing high-rise shots of Perth city. This third drop of 2021 follow ‘MY CITY’ and ‘ALL STAR‘, which featured 6k acts 88YAMI and Shadow respectively. It’s clear to see how YourBoyMars has matured and grown into himself artistically over the last year, making him one of the most promising acts of 2021.

In PRAX’s new cut ‘IDK’, he encapsulates the ears of listeners; openly grieving the loss of a friend. Shot by Nick Rae the clip features dark, gothic imagery reflecting the narrative mood. PRAX stands out as an authentically unique breath of fresh air within the AU, currently having an extremely successful 2021, with a run of 4 singles year, including ‘ETHANOL‘ passing 1 million streams.

Of proud Nigerian origins, Sophiegrophy has been making waves within the Australia/New Zealand scene over several years now and new drop ‘Ways’ promises to be a summer banger. Fun and upbeat with elements of SZA and Nicki Minaj, Sophie’s ear for a good melody and playful vibe has this track just asking to be played at pool parties, as emphasized in the bright Hunter Films and Ameen OyinDamola visual.

Yeloboi Tommy release ‘TRUST ISSUES’, the second single of his embryonic career following the drop of ‘FRAUDS’ in July. With an infectious, punchy beat produced by his brother 99hurts and platinum producer Sid Mallick, (Doja Cat, Juice WRLD), Yeloboi Tommy melodically expresses his feelings about past friendships and the ramifications that those have taken on him over time. Coupled with a cinematic Navsrevenge video, YBT is one to keep an eye on.

Not even a lockdown will stop YNG MARTYR looking for a viral moment. The Canberra artist shares his latest track ASL (FACTS) with an Omegle-styled music video directed by Josh Davis. In a chat with model Avalon Hope, Martyr drops some braggadocious bars over the busting instrumental produced by YUKI. Viral track ‘Nike Ticks‘ turned two years old last month and while the Martyr is known for his short, speaker-breaking singles, anticipation is now beginning to build around his promised debut album.

After dropping their debut EP ‘1820‘ in September, Heavy Hitterz share the music video for lead single ‘Come Get It’. A crowd rumbling anthem with a nostalgic 2000s hip-hop vibe, ‘Come Get it‘ sits ideally in a sonic lane now synonymous with 43 artists. Featuring TH4 W3ST, the Maverick Visuals clip pays homage to rugby league culture and ensures this drop is an essential add to any pre-game playlist.