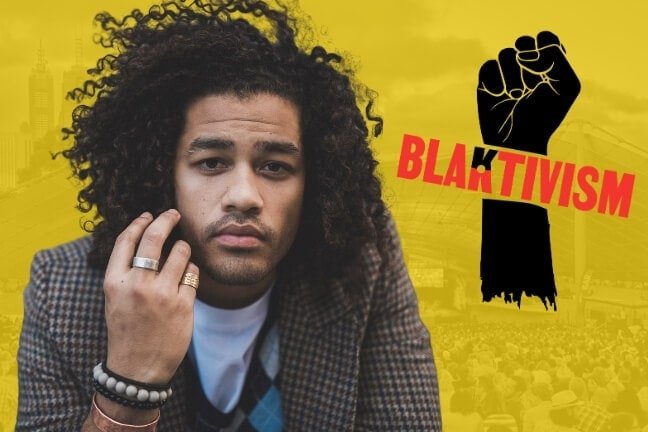 Ziggy Ramo is one of the most powerful voices in Australian music today. At the height of the #BlackLivesMatter movement in 2020, Ramo released his debut album ‘Black Thoughts’ – a vulnerable insight into the life and challenges of a young First Nations man – a project we described as “a compulsory listen for all Australians” (check out our full review here.)

The album’s critical acclaim, coupled with Ziggy’s continual advocacy on Indigenous issues, saw him become a focal point for comment in mainstream media spaces. His interview and performance on the ABC’S popular Q&A program in August was mired in controversy when he was effectively censored by the show’s producers from performing his preferred song ‘April 25th’ due to its’ references to the ANZACs.

“It’s not just about a seat at a table, I don’t want to sit at a racist table.” stated Ramo during our interview when asked about the issue.

Ahead of its time having been written in 2015/16, “Black Thoughts” is not only a commentary on the social justice matters still plaguing Australia today, but an honest portrayal of the mental health struggles which Ziggy Ramo personally endured during period.

“A lot of the writing process kinda happened in hospital. I didn’t think I was ever going to be understood and I didn’t feel like people were going to be ready to hear it. I felt like, well, if I’m not going be here… I at least want my art and my understanding to be…”

Check out our interview with Ziggy Ramo above as he deep dives into the story of ‘Black Thoughts’, where he’s at now both personally and creatively, and what the future holds.