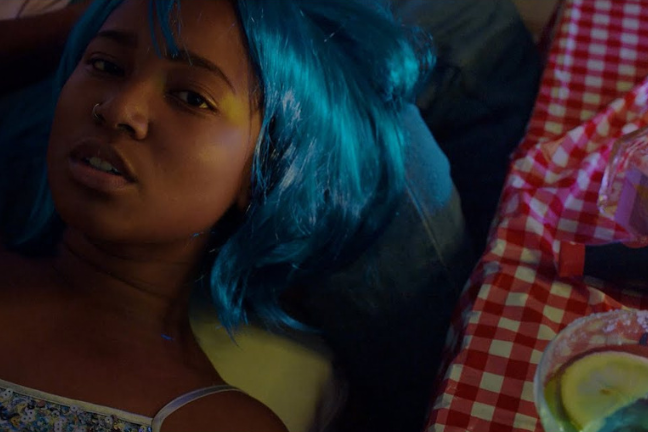 Arriving on time with the latest adds from our New Hip-Hop Videos From Aus playlist; as always, highlighting the latest and best videos year-round from across the AU. Don’t miss out! Subscribe to our channel to be the first across the hottest new clips. Here are a few of our weekly favs but there are hundreds to watch in our Youtube playlist! Which video are you into this week? Slam the comments with who we missed…

Ahead of his sixth album, Kogz shares a trifecta of new singles and accompanying visuals including his latest track, ‘Rollin’’. Since his last appearance on the mic in 2021 with ‘Rapper Tag #14’, the Perth rapper has delivered three tracks in less than a few weeks – all produced by Rob Shaker and paired with music videos filmed and edited by Ideal Productions. On ‘Rollin’’, you can hear the WA veteran drop some cut-throat bars over the ominous, guitar-plucked hip-hop instrumental. Spanning across 15-tracks, Forever Underrated includes the previously released ‘Cousin of Death’ and ‘Snowflake’, and will feature Wombat, Complete, Ideal and Sever.

Tébir adds visuals to his heartbroken R&B and rap single from 2021 titled ‘Better Man’. Off the back of his five-track Butterfly Effect EP last year, the Melbourne-based singer and rapper worked on the reflective track with his younger brother and IconicBeats. Directed by Alain Pottier and filmed by Brody Mould, ‘Better Man’ is now accompanied with visuals that develop its storytelling component and refreshes listeners in 2022 of the soothing melodies Tébir has on offer. While there’s been nothing announced yet, he’s already teased a sequel to his last year project.

Perth-based Jewel Owusu slows it down on her R&B and indie-pop ballad, ‘American Honey’. After collaborating Mali Jo$e and NAMESAKE on her new year debut titled ‘Ur not my friend’, the NZ-born singer-songwriter returns with an earnest single co-produced by Dylan Guy. Now accompanied with a colourful and mellow self-directed music video, “‘American Honey’ is all about going back and seeing someone that you know isn’t good for you.” Striving forward since her 2021 performances in ‘Mixed Signals’ and ‘Blue’, Jewel Owusu is well on her way to becoming the most in-demand act from the 6k.

Born in Wollongong and now based in Sydney, Jahee drops visuals to his debut single, ‘Get Round’. The somewhat sinister and booming hip-hop production by Nonesome lays the foundation for the US-raised rapper to confidently deliver his calculated bars. The accompanying visuals are directed by Tris.22 who shoots him at night under neon lights and in dark warehouses as he raps to camera. ‘Get Round’ is an undeniable addition to that playlist you put on to feel like the boss. We need to hear Jahee and Double O Smoove on a track together as two of the coldest  Australian-American rappers in the scene.

Rops1 walks the walk on his first track of 2022 titled ‘All Talk’. Returning to the format that first found him success, the Mac Fields artist dropped by ONELOVE CREATIONS earlier this month to unleash another cold freestyle. Produced by Sefru, Rops’ storytelling is a natural flex of his come up so far, rapping about his days “robbing and thieving” to now realising “there ain’t no point being on road when I can make a 50 stack off a show.” The music video by Mistah Mez captures the Youngest In Charge-rapper in the studio delivering a pungent and punctual message to mark his return.

Moneyboyzforever slide into their sophomore year with their smooth new offering ‘Hood Baby’. Based out of Melbourne Olympic Park, they made their debut last year with ‘Hard Times’ featuring RondoSp followed by another piano-led trap track, ‘No Role Modelz’. Produced by MasonX, the running guitar strums and tip-toeing hi-hats of ‘Hood Baby’ evoke an effortlessly catchy and melodic performance from Moneyboyzforever. In the music video directed by Aaron Bull and Coach Thirty, they bring us into the hood that raised them and their crew. Although only their third release to date, Moneyboyzforever continue to build their buzz and prove to be one to watch.