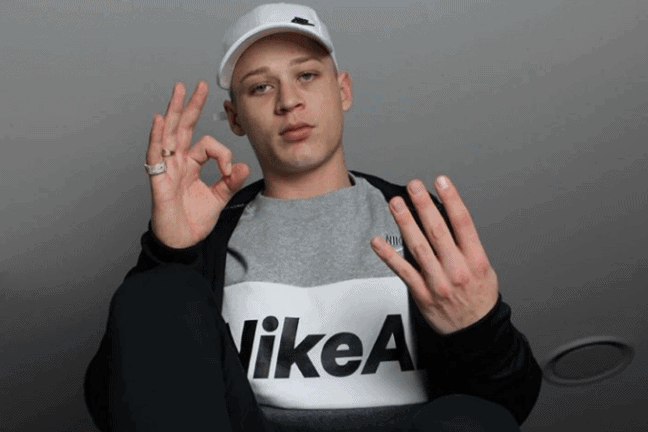 Grime and drill in Australia are reaching new levels with every release, and the self-made don Rops1‘s latest effort is more fuel to the fire. Starting from 1Take freestyles on ONELOVE CREATIONS and Body Bag Media, Rops1’s unapologetic bravado quickly caught the eye of an underground icon, Nter, leading to their collaboration, “South Side to South West”. Soon after, Rops began his album rollout with the fan favourite “Frontline”. Now, almost one year later, the Mac Fields local arrives hungrier than ever with tunnel vision for the throne on his first full-length project. 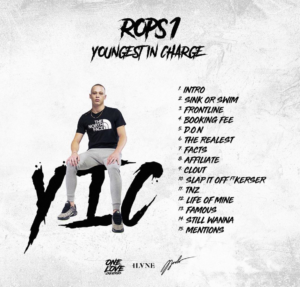 Youngest In Charge kicks off with the brooding instrumentals of “Intro” and “Sink or Swim” where Rops reminisces on his short come up in the music scene and growing up in Sydney’s South West, “raised round them housos, brought up by junkies.” The first tracks act as a prelude to the project, with “Frontline” being a true introduction to the youngest in charge, a “self-paid boss, self-made don.” A lot of the young MC’s appeal comes from his confidence and relentlessness in grime and drill proud flow but Youngest In Charge puts Rops1’s versatility to the test, stepping out of the grime realm on the hook focused “Booking Fee” and “D.O.N”. Recently, Rops1 stated that his bail conditions restrict him from leaving the state but it’s no question after the lockdown rules are lifted and his legal matters are dealt with, Rops will be collecting plenty of booking fees. While Rops does justice to the brave sample of Nas and Bravehearts’ “Oochie Wally” on the confrontational “D.O.N”, it’s “The Realest” that stands out as one of the best moments. Taking inspiration from Internet Money production, the track uses the guitar to drive the instrumental alongside some smooth R&B backing vocals and ominous bass. Fittingly, it’s Rops at his ‘realest’ and his best.

This rawness continues into the second half of the album, where it comes even more apparent that Rops isn’t here to make friends and definitely doesn’t have time for enemies. On “Facts”, he spends the chorus dismissing any intention to beef, “Affiliate” flexes his independency and “Clout” revisits the common theme of people trying to capitalise on his success. This focused mindset pays off on “Slap It Off” where Kerser, one of the OG’s of the scene, provides the only album feature. The release of Youngest In Charge marks a pivotal moment for Campbelltown, debuting at #2 on the iTunes Hip-Hop charts behind Kerser’s Roll The Dice. “Slap It Off” connects the two generations and while it’s not necessarily a passing of the torch moment, it promises that Campbelltown will remain a dominant city in the scene.

It may be too early to call, but Rops1 could prove to reach higher than his predecessor. Towards the closing minutes of the album, the message of fake friends and clout chasers begins to be repackaged on “Tnz”, “Still Wanna” and “Mentions”. As a young artist navigating his way up, it’s hard for this not to be at the forefront of the content. While it doesn’t have a huge impact on the enjoyment of the music, it can get tedious for an album listen through, in comparison to the rich storytelling at the start of the album that Rops exercises again on “Life of Mine” and “Famous”. Rops1 is a reflection of the Australian scene, grounded in their influence from OG’s, but inspired by the overseas sounds of grime, drill and trap to create something truly their own.

Rops1’s Youngest In Charge is a motivating album for any hungry go-getter and one of the strongest debut projects in a long time. As a relative newcomer, the South West Sydney local has a knack for fierce hooks, versatility in production and an underrated ability for storytelling. With plans for a second album before next year and eventually an inter-state tour, there’s no question that Rops1 will demand more attention and respect by of 2020.

Review by Frank Tremain. Follow him on IG @ftremain.jrnl????