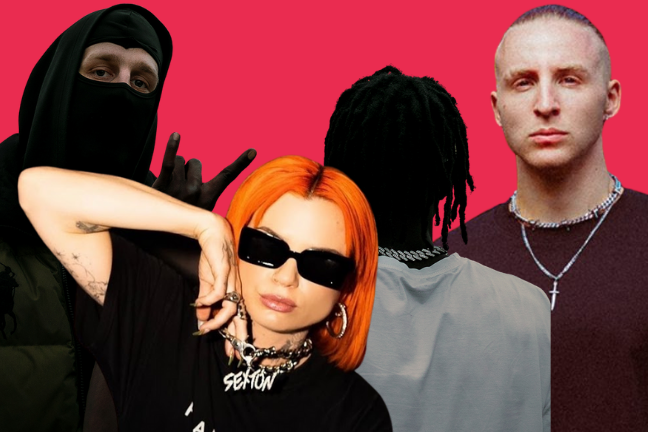 Finishing off the Easter long weekend with a fresh batch of visuals via our New Hip-Hop Videos From Aus playlist; as always, highlighting the latest and best videos year-round from across the AU. Don’t miss out! Subscribe to our channel to be the first across the hottest new clips. Here are a few of our weekly favs but there are hundreds to watch in our Youtube playlist! Which video are you into this week? Slam the comments with who we missed…

Swish Music’s Dau Dau welcomes new member XPUNCH on ‘CARGO’ featuring Jay $wish. The Ipswich collective share their second release this year in this refreshing trap single produced by LMC. XPUNCH delivers his verse the same way King Von would approach a track; energetic, aggressive, and catchy. Dau Dau, one of Swish Music’s most reliable, brings the bars while Jay offers a nice switch up, sliding over the track, and going back and forth with the crew’s newcomer. Directed by Lawson Cross and Andrew McIvor, the music video captures the energy and aggression exuding from ‘CARGO’ and moves us one step closer to their debut mixtape in mid-2022.

Perth-born artist Sexton shares her second single of 2022, ‘Loyal’. Based out of LA, California, the new year has marked her return since a busy 2020 when she released her debut album, Lost My Heart In Hollywood, and her Elixir EP. Her latest track is an alternative and cut-throat trap offering produced by KC Da Beatmonster, whose credits include Future, Young Thug and Childish Gambino. Directed by SNTS and Sexton, the music video sees her in multiple wardrobes and set changes as she raps about loyalty, trust and fake friends. Following her indie-pop single ‘Everything Toxic’ earlier this year, Sexton stands tall on her values in ‘Loyal’.

In his first official solo release since last year’s Tall Poppy Season EP, Nerve strikes back on ‘DFRNT’. Produced by Sid Mallick and Len20, the soulful cut is a call to confidence filled to the brim with cheeky bars and a catchy hook reminding everyone Nerve is still that dude. Directed by Tamir Ali, the No.One Network produced music video follows the Brisbane artist in Abu Dhabi where he performed at the FUTR World festival and DJ’d across Dubai nightclubs. ‘DFRNT’ succeeds his run of features from late last year alongside Dregg, Young Franco and Tkay Maidza, to his 2022 debut on ‘Mr. Whippy’ with Triple One, Mulatto, Lil Golo and Cult Shotta.

Jono teams up with Jose Poly on this infectious back and forth drill track ‘Hit My Line’. The Hampton Park artist enlists Jose Poly who bodies the hook and his feature verse as Jono flows effortlessly over the drill production by r.f.p and Di Cicilia. His first release of 2022 unveils an exciting new Melbourne duo whose chemistry and talent provide plenty of replay value. The music video, directed by Jordan Ruyi Blanch, takes influence from the genre’s UK scene with clean transitions on 808 hits and spanning cameras following their every word. ‘Hit My Line’ is a big moment for both artists and raises the bar of what to expect from them this year.

RHIANNON RENEA – WHO I AM
(Directed by Rhiannon Renea)

Adelaide’s Rhiannon Renea releases a studio performance of her latest record, ‘Who I Am’. After the 19-year-old singer debuted in 2021 with a series of R&B singles, Renea started her sophomore year strong with her ‘If I Don’t Say It Hurts’ ballad earlier this year. Her new effort is recorded, mixed and mastered by Deeza, and showcases her impassioned vocals and poignant songwriting over the slow guitar strings and trap drums. The ‘Who I Am’ music video adds to the intimacy of the single as Renea performs in the dimly lit studio. Rhiannon Renea exceeds expectations with every release and she’s a name in AU R&B you need to be across.