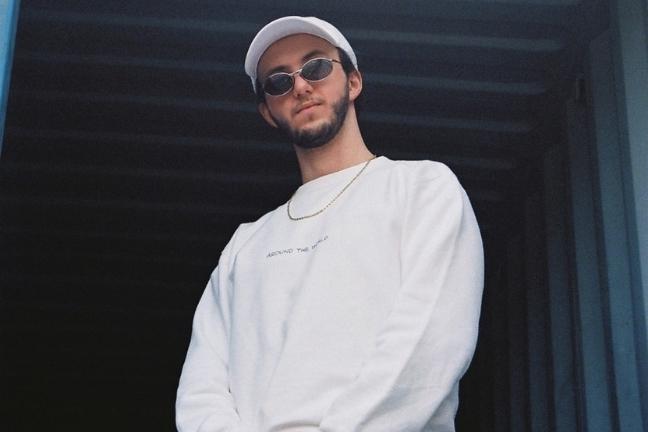 Not even Mog.Y himself would’ve thought the raspiest rapper in Melbourne could also be the smoothest.

Born and raised in beachside St. Kilda, it was during his school days ritualistically spent at Prahran Skate Park that Mog.Y found his love for hip-hop. Looking to better understand the rap he was listening to at the time – artists including Flatbush Zombies, ILL Bill and Gravediggaz – he became enthralled with the graffiti art that engulfs the 3k.

It was during his graffiti days, he met with the revered underground duo Posseshot who would later go on to enlist Mog for CITYLOOP, their 20-track collaborative mixtape filled with strictly Melbourne emcees. Featured on the calming and smooth track six titled ‘Steal My Style’, Mog feels like this opportunity officially put him locally.

“It’s been bless working with the boys because a lot of people tapped in since that, and Kharni and Muscles are super about what I do which is fucking fresh.”

While Mog might only be feeling the support from his city now, the mid-twenties artist is far from a newcomer having debuted in 2019 with the high-energy jazzy rap cut, ‘Crop Circles’. He’s since been “project to project for the last three years” from full-length solo works like The Vacation Tapes and Hot Chips to collaborative EP’s including Carpal Tunnel from Gunfingers with Wise Guy and Reklews and Endsville with Bronkx and Cashno.

“I’m trying to end up with maybe one big project and one little project every year, year and a bit.”

Following this sentiment, Mog.Y began 2022 with his eight-track EP Trouble In Pacific Beach. The project includes previous releases ‘Bat Country’ and the original ‘Boo’d Outta Hell’ and its remix with Bigfoot. Additional features include UK’s Sly Moon on ‘The Devil Drives’, Wise Guy on ‘2 Dead Boys’ and Carlos the Jakl, KropsMan and Ruwem on ‘South Of Heaven’. Across the jazzy and soulful production, Mog delivers a collection of mischievous and smooth rap cuts in his trademark gravely tones with standout records like ‘That’s My Girl’ proving his irrefutable originality.

Teasing “heaps on the horizon”, the remainder of Mog’s 2022 will consist of more records, international collabs and gigs such as the upcoming Pang Productions ‘Double Album Launch’ at The Workers Club in Melbourne on March 18. Watch the full interview between Matthew Craig and Mog.Y below as he talks about his latest release, linking with Posseshot and how he found his sound.