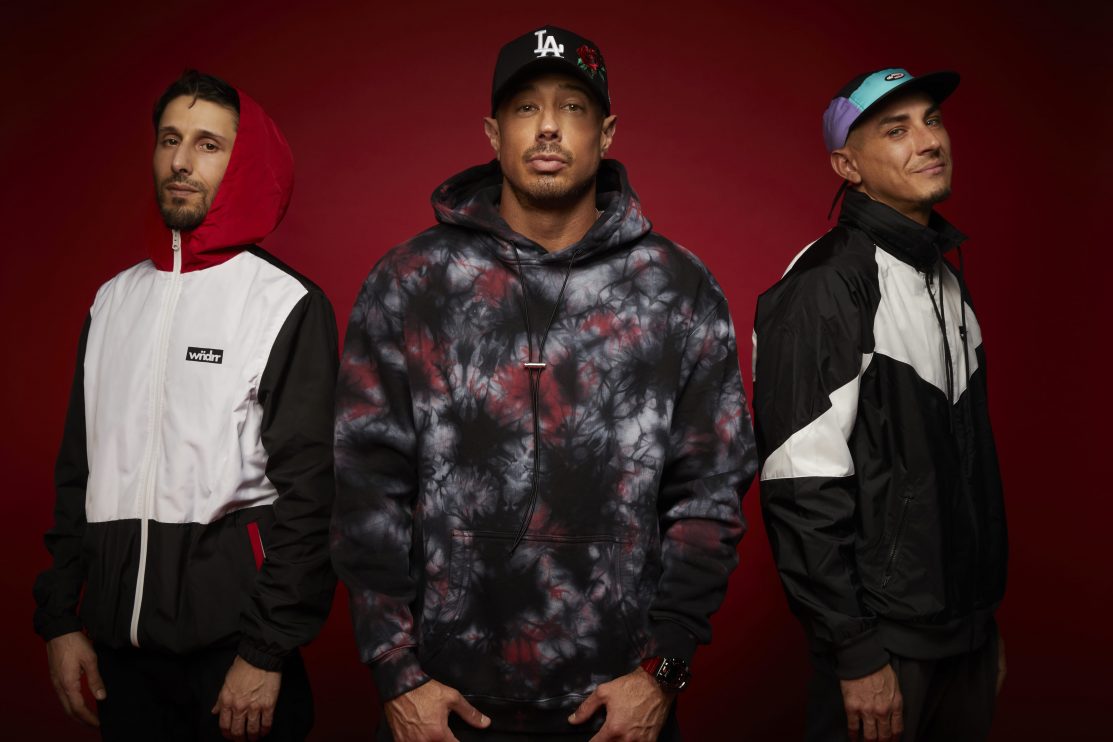 Hip-hop is the biggest genre in the world. And has been for a while. It’s a movement that has spread internationally, dispersing from region to region, with each developing its own unique take on the genre. In terms of the Australian dialect, Bliss N Eso are among an exclusive list that pioneered the sound down under.

The trio’s prolific resume spans over two decades; with multiple platinum albums, numerous number 1 ARIA debuts, and the highest-selling Australian hip-hop tour of all time; all of which is barely scratching the surface. As a stand-alone CV, it’s extremely impressive, but when you factor in that hip-hop was still largely ostracised down under, it’s astonishing.

When Bliss moved from America to Australia as a teenager, he found solace in his counterpart Eso as the only guy in his school also into hip-hop. The trio was complete when Eso then moved to another school and met DJ Izm, all bonding over their love for a genre that was largely non-existent in Australia during the ’90s.

Bursting into the then-small scene at the turn of the century with their first EP titled The Arrival, they followed it up with their debut album Flowers In The Pavement four years later. Moving them to the forefront of Aussie hip-hop, BNE won hip-hop artist of the year at the 2004 Oz Music Awards and their national recognition sparked an international interest as they opened for 50 Cent the following year.

“Hip-hop was every genre. As long as you put it to that hip-hop BPM, it was the best of all worlds.”

The next few years were packed. They frequently headlined shows across Australia and worldwide, released staples like Flying Colours and Running On Air, recorded a song Jimmy Barnes’ home, shot documentaries, and gave back to their community as well as countless across countries. It seems as if over the years, the group has followed the same formula to success: consistency. They have never run out of ideas or inspiration, nor have they lacked the energy to travel the nation and the globe to perform for their fans.

“We went to every regional town there was. Small, big, buses, trains, sleeping on floors, and we created a die-hard fan base. Bliss N Eso fans don’t just slap up a poster and say “I like the boys”, they’ll tattoo the lyrics on their ballsack and drive 900km to a show.”

Transitioning into the 2010s, the group landed features from legendary rappers like Xzibit, RZA and one of the best rappers of all time, Nas. This further stamped their legacy on Australian music and showed today’s generation that it was possible to reach heights often thought impossible by most. To this day, not much has changed. They haven’t slowed down – still dropping music, still touring, and still proving that consistency and hard work are an undefeated combination.

“We live in a different generation right now. Back in the day you had to get to a big studio and you needed a record label to get yourself out there.”

The impact of the chart-topping and pioneering legend that is Bliss N Eso is immeasurable. They’ve left an undeniable mark on Australia both culturally and musically. They helped to shape the scene into the ever-blossoming establishment we can see today, prominently growing in stature and size by the day.

They’ve recently jumped on a new single with Dizzy Wright titled ‘Escape’ and will be performing alongside the Brisbane Symphony Orchestra on June 17 at the Fortitude Music Hall. Check out the AUD’$ interview between Matthew Craig and Eso where he talks about the group’s legacy, the next generation of Aus hip-hop and slides into our Money Minute segment.