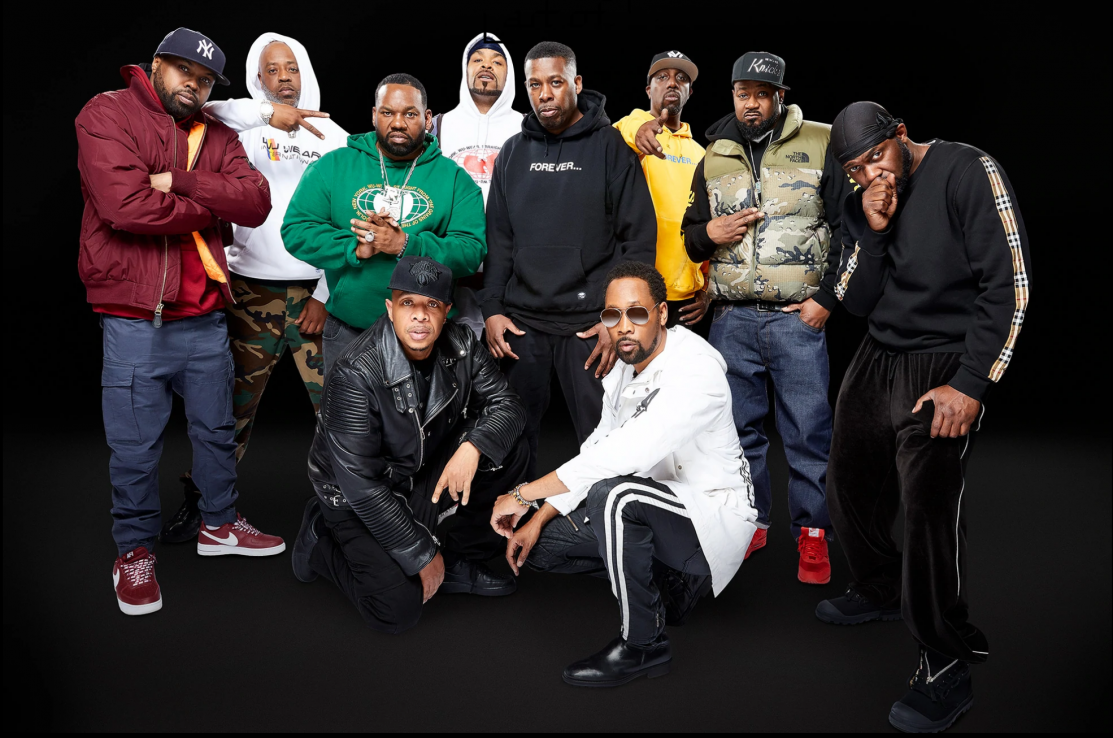 It’s rare that moments in history, let alone rap albums, are as influential two and half decades later as they were on day one. Wu-Tang Forever, the revered second project from the legendary Wu-Tang is one of the few that has stood the test of time, enhancing its legacy with each passing year. Turning 25 this June, Forever changed the course of hip-hop history; laying the foundation for gritty, rap collectives to maintain their authenticity while simultaneously ascending to the greatest critical heights the music industry has to offer, a Grammy nomination.

Comprised of nine core members – RZA, GZA, Ghostface Killah, Raekwon, Method Man, Ol’ Dirty Bastard, Inspectah Deck, U-God, and Masta Killa – few acts in any genre have had the lasting impact of the Wu-Tang clan. Formed in Staten Island during 1992, the Wu story is one of legend – RZA kickstarted the genesis of the Clan, recruiting his five childhood friends and two cousins to embark on a journey that would not only take over New York but set the entire world alight.

‘Protect Ya Neck’ and ‘Wu-Tang Clan Ain’t Nuthing ta F’ Wit’ were the breakout anthems that ignited streets across the United States and brought the grimy, underground aesthetic to the forefront of rap. Following the success of their debut album Enter The Wu-Tang (36 Chambers), and the infamous business acumen of RZA, each member of the clan was able to negotiate individual record deals for themselves and launch successful solo careers while synonymously continuing the work of the collective. By the mid-nineties the clan had become household names, transcending culture and language barriers, idolised globally as hip-hop entrepreneurs and trendsetters.

“Me and the RZA connect”

Often regarded as one of the best years in hip-hop history, 1997 had already been blessed with momentous drops prior to the anticipated June release of the Wu’s sophomore album. Projects including Notorious B.I.G’s Life After Death, and Missy Elliot’s era defining debut Supa Dupa Fly sent shockwaves through the industry, however, the end of a four year Wu-Tang sabbatical sent the Richter scale over the edge. The commercial success was instant. The killa bees, (the colloquial name for loyal Wu fans), sent Wu-Tang Forever straight to a debut atop the Billboard 200 charts, shifting 612,000 units in its first week, a number still significant 25 years later.

Wu Tang Forever was pivotal in thrusting East-Coast hip-hop back into the limelight. With the popularisation of G-Funk-influenced sounds rising from California, the Wu saw that the youth of New York needed a local hero, and promptly answered the call. Casting an introspective fisheye into Staten Island and inner city life for African Americans, the album shattered all expectations; going quadruple platinum in its first year, being nominated for ‘Best Rap Album’ at the 1998 Grammy Awards, and becoming the first hip-hop album to go number 1 in the UK. Met with critical acclaim, the album topped several end-of-year lists including those of Spin magazine and NME, becoming a motto that hardcore fans would swear by. To date, it remains the group’s highest selling work. Wu Tang Forever became more than a rap album, it became a moment.

The project’s lasting impact and commercial success are evident in the recent return to ‘deluxe’ album culture. Today’s biggest acts including Drake and Kendrick Lamar have reverted to the double-disc trend initiated by the likes of Wu-Tang, who notoriously achieved their number one debut without catering to TV and radio. The lead single ‘Triumph’ ran for six minutes long, across nine separate verses, without an identifiable hook. Simply put, Wu-Tang defied the odds to do it their way. And their way became the blueprint.

A moment soon became a movement, with the group regarded as role models for disenfranchised youth diaspora across the world. The accolades are endless. Wu-Tang Forever has been archived at the Library of Congress’s National Recording Registry and Ghostface Killah’s verse on ‘Impossible’ is immortalised as one of the consensus greatest verses of all time. Yet, it’s the offspring of the Wu legacy that is arguably their most influential trait. Without Wu-Tang there is no A$AP Mob. No Diplomats. No Odd Future. Neither of the names SZA nor Childish Gambino exists without Wu-Tang. To this day Drake references Wu-Tang throughout his discography, as do Kanye West, Jay-Z, and Joey Bada$$. Wu-Wear is still a quintessential status symbol and the original killa bees, now in their mid-forties, regularly throw up the Wu sign to signify their loyalty.

“To play Wu-Tang’s music in the Opera House, I call it a cap stone”, said RZA back in 2018 in an interview with First Nations rapper Briggs. The two sat down for a long-form chat, drawing parallels between the upbringing of those in Staten Island and Indigenous communities ahead of an energetic four-show run at the iconic Australian landmark. It was a capstone for the 25th anniversary of their debut album, where they performed the entirety of Enter the Wu-Tang (36 Chambers) for thousands of Australian killa bees. Down Under has remained a popular destination for the Clan, as their 2016 stadium tour birthed not only a collaboration between Ghostface Killah and Melbourne emcee Ivan Ooze, but was the home for a fabled 10-hour Wu-Tang writing session witnessed by a close circle of local invitees.

As hip-hop heads all over the globe unite to celebrate the anniversary of Wu-Tang Forever, it is important to note that their impact cannot be overstated. Far beyond the boundaries of the Stapleton Housing Projects, Wu-Tang clan has shaped the narrative of hip-hop unlike any other, pushing boundaries across genre, fashion, entertainment, and culture. Wu-Tang redefined normal in the world of rap, opening artists to new possibilities in terms of live performance, brand authenticity, and navigating traditionally restrictive recording agreements. Amongst economic downturn and social inequality, “Cash rules everything around me” is the catch-cry of millions of killa bees from all walks of life, in all corners of the planet. No matter your race, religion, language, or culture; Wu-Tang is for you. While the late MF-DOOM will forever hold the title of ‘raps supervillain’, the Wu-Tang Clan are the undeniable Avengers of hip-hop. The Wu-Tang symbol will live forever as a beacon of hope to the outcast, down on their luck but longing for something greater.