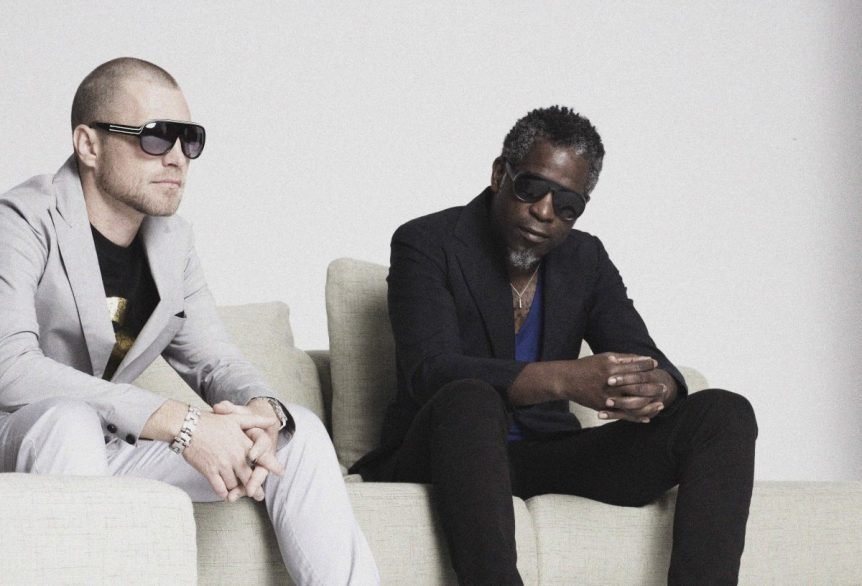 In celebration of the return of the Space Invadas , we talked to Katalyst about the galactic boundaries of hip-hop down under.

Over the last few decades, hip-hop has become a cultural movement without boundaries. Whether it’s the depths of internet rap or the grassroots movement of grime, there’s one recurring factor – and that’s the bars. It’s not a new phenomenon, but every year, it seems that hip-hop is bringing more and more people together in the giant melting pot of music.

One place that’s yet to be widely recognized for its blossoming hip-hop scene in Australia. It’s been widely argued as to why Australian hip-hop hasn’t broken out yet. Some say its reliability, others say it’s an accent barrier. But as the Australian scene continues to expand throughout the multicultural channels that our country broadcasts, it seems that our signal is only becoming stronger.

One Australian hip-hop artist who has overcome the restrictions of breaking out down under is Sydney producer Katalyst. He, as a solo act and a part of the Space Invadas, has seen a world of acclaim greet him in places like the UK and the United States. This has resulted in record releases with iconic labels such as BBE and Stones Throw, showcasing that there is space out there in the world for the bubbling impact of Australian Hip-Hop.

After a lengthy hiatus, Katalyst has teamed up with Steve Spacek once again for a new Space Invadas record entitled Wild World (their album Soul:Fi was nominated for a 2010 ARIA Award for Best Urban Album.). This title can be taken in many ways; it can be a commentary on the crumbling political climate in this capitalistic society, or it can be taken as a representation on this expanding world of musical discourse. Much like the Reagan era before us, musicians are once again acting as platforms for discussion and a device for bringing people together in a divided world.

Which is why the Space Invadas returning to our Australian soil for the first time in nearly a decade makes so much sense, especially in collaboration with some of Australia’s best upcoming talent. Katalyst and Steve Spacek have recruited artists like Natalie Slade and Remi, two of the brightest muses in the country. Natalie is a young singer with an old soul, and Remi is one of Australia’s leaders in socially conscious hip-hop.

“I first heard Remi on the radio randomly,” says Katalyst in the confident manner of a seasoned veteran. “I liked how he had something to say, and I automatically reached out to collaborate for this album.”

Katalyst himself has even been wary of Australia’s inability to break out into the hip-hop mainstream. Rising to fruition in the days of the Hilltop Hoods and the ascension of Kerser’s gutter rap movement, it’s easy to see how he came to his conclusion. While these acts were undeniably Australian and definitely dope, they had an angle and a voice that almost seemed exclusive to our soil.

“There’s a much broader pool of music here in Australia that has found international success, I just don’t think Australian hip-hop necessarily translates on an international scale just yet, and I think that it’s due to the accent. The struggle of a white Australian rapper just doesn’t resonate the same.”

While this may seem like a nihilistic approach, it’s really just symbolic of how much the Australian hip-hop scene has changed. No longer is it just the Hilltop Hoods detailing the hard road, it acts like HVNCOQ, Midas.Gold, Claz and Sophiegrophy bringing their cultures, perspectives and messages into the art of hip-hop, therefore shifting the focus, and expanding the reach.

HVNCOQ’s ‘Blackout’ criticizes the condemnation of African youth in the Australian Media, Claz’s ‘Mama I’m Home’ details family heritage and the cultural shift of moving to Australia, Midas. Gold recently critiqued Jumanji Festival for its lack of women on the bill and Sophiegrophy’s ‘Fa$t Life’ talks about self-control in an ever-changing world. Gone are the restrictions of an accent barrier and a lack of relatability, as we now have a hip-hop scene of people possessing the same trait that Katalyst praised in Remi, the trait of having something to say.

Katalyst’s expansion into a worldwide market comes across simple, but in reality, it’s a culmination of hard work and the grind. Katalyst states that  “it’s much easier for a producer because we aren’t bound by an accent difference. It’s a very different road for us and we’ve seen other beat makers like M-Phazes from Australia break internationally as well.”

“By implementing elements of soul and other genres in my music, I think it’s changed the way I’ve been viewed as a producer as well, and helped me appeal to a much larger audience. “

While Katalyst thrived in the lack of accent attached to his music, he possesses the one thing that is found in today’s Australian hip-hop scene in abundance; soul. Remi, Anfa Rose, Nasty Mars and practically every other rapper in today’s scene have influences deeply rooted in the values of soul music, which essentially is the backbone of rap itself. If there’s one thing that a small factor like accent can’t diminish, it’s the ability to say something, express your emotions and possess the fundamentals of soul.

So in conclusion, the return of the Space Invadas is more than just another album of great music, but a depiction of where Australian music is today. In an intra-trump apocalypse that has seen people of different colours, cultures, and genders come together in a hymn of sonic revolution, it only makes sense that Australian producer Katalyst unites with British singer Steve Spacek, and calls upon diverse artists such as Remi and Natalie Slade to confront this pandemonium of a universe.

Wild World exists in the same universes of soul and hip-hop that today’s Australian hip-hop scene is thriving in, and if the Space Invadas’ success is anything to go by, it’s not long until we see global recognition. And for all the young artists out there having issues finding their voice in the crowded revolution of hip-hop, take these words from Aria-winning producer Katalyst into consideration.

“As cliche as it is, be yourself, work and have something to say. There are too many artists out there with nothing to say, and it’s time we break that habit.”

Wild World, the new album from the Space Invadaz is available now, check out the title track featuring Remi via Youtube below 💰