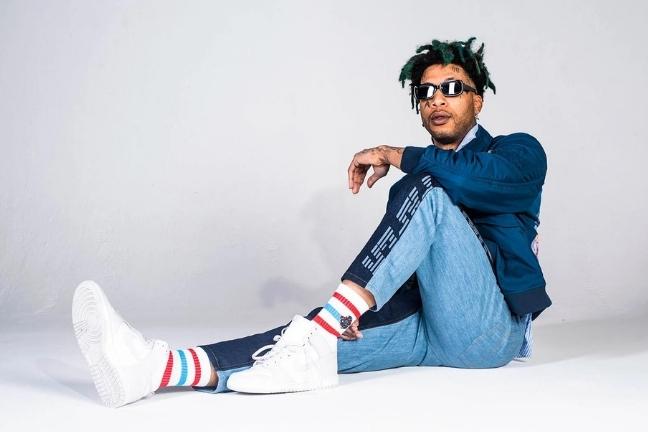 When discussing the current sound of hip-hop and its pioneers that helped inspire a generation, the TM88 sits comfortably in the top tier of influencers.

The Atlanta producer/DJ is responsible for helping to solidify the South’s trap sound, accumulating credits for some of the most defining records in the last decade including Lil Uzi Vert’s ‘XO Tour Lif3’, Travis Scott’s ‘Nightcrawler’ and Drake’s most recent No. 1 single,  ‘Way 2 Sexy’.

TM88 got his start back while in high school during 1996 when he first heard his cousin make beats on FL Studio. His cousin later taught him the basics, so that he could make music of his own and after having the local neighbourhood bumping to his beats on a boombox; he gained the self-assurance that this was an avenue he could pursue seriously.

“Ever since then I knew, like, ok, I can kinda, if I practice and I work hard at this every day, I can potentially be up there with, you know, Timbo [Timbaland], Lil Jon, and Three-Six [Mafia]”.

Soon after, he would meet Southside, and the two would form a friendly competition pushing them both to new levels. This friendship would eventually grow into the two becoming co-founders, alongside Lex Luger, of the producer powerhouse team 808 Mafia.

“What we’re doing, it’s important. We’re not just doing this to do it.”

Atlanta has been the focal point of hip-hop for a minute and TM88 has been there since the start. Future’s 2014 mixtape Monster was a pivotal moment for both of their career – not only as an era-defining project but also a glimpse into who would be running hip-hop over the next decade. Another standout track from the mixtape, ‘Codeine Crazy’, grew to heights that nobody expected and elevated TM88’s career almost instantly.

“I originally made the beat for Nicki Minaj. I always wanted to work with her.”

As one of trap’s key innovators, TM is comfortable with the uncertain and going with the flow, as it’s all he’s done thus far. He was doing his thing before Fruity Loops was even taken seriously as software for industry producers, and he’s seen the evolution in technology over time. Making the adjustment where studio sessions were previously easy to come by to having endless Zoom calls TM still hasn’t slowed down. He released his Yo!88 album last year with features artists including Wiz Khalifa, Pi’erre Bourne and Young Nudy.

“Technology is playing a major key with what we’ve got going on, especially the whole Crash Dummy.”

In 2018, he founded his record label and production group, Crash Dummy. Already, they’ve been nominated for three Grammy Awards, with the focus being an opportunity for young up and comer, without saturating the 808 Mafia brand too heavily. TM’s intent is to share the knowledge he’s learnt in his illustrious career and help others build their own. So far, they’ve collaborated with promising acts like UK’s Lancey Foux and the prolific Ken Car$on. From selling his beats for $40 to producing an endless list of iconic trap classics, TM88 is the definition of self-belief and hustle mentality. His touch is noticeable and collaborations are nothing short of legendary. If the last decade is any indicator, TM will continue to be one of the most influential producers there is and play a huge part in its next chapter.

“You gotta have an imagination. I’m not saying ‘stay a kid forever’ but all of us are kids at heart.”

Watch the full interview between Matthew Craig and TM88 below as he talks about Atlanta, his career milestones and endless wisdom for aspiring producers. Let us know your thoughts in the comments!