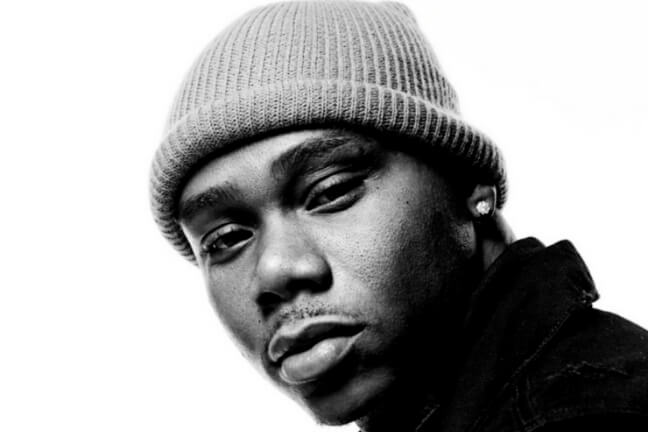 Occasionally a new act emerges online that has the internet buzzing at such a rate you ask yourself how you’ve never heard of them prior. This December, that guy is Symba. Far from an overnight success, the Bay Area emcee has been at it for the better part of a decade. Through label iterations, creative evolutions, and a whole lot of hard work, he’s now arrived at a place where he seems not only comfortable, but assured. Assured that the throne is his for the taking.

‘Don’t Run From Rap’ is the title of the new mixtape out through Atlantic Records. With prominent features from 2Chainz, Ty Dolla $ign, Moneybagg Yo and more, it’s easy to assume his buzz is label generated – however that couldn’t be further from the truth. With Symba it’s all about the raps. It takes less than a verse to be hooked on his cadence, wordplay and unconscious ability to glide effortlessly on a beat. Put simply; Symba is a rapper’s rapper. He embodies the skill and effort required to master the art form, a mission he’s well on the way to achieving. If you haven’t caught his LA Leakers radio freestyle recently, you’re missing out. It’s six minutes of pure fire from a dude committed to not only quality art, but bettering those around him in the process.

“Life is all about growing. If you’re not constantly learning and passing information down, then what are you living for?” states the 27 year old father when talking with AUD’$, “I believe in the term ‘MVP’ – morals, values and principles. That’s what we preaching on the project; it’s okay to grow.“

It’s this pragmatic approach to his craft, and to life, which sets Symba apart from his emerging contemporaries. Coming from an upbringing which saw a majority of his family incarcerated, he raps about the pursuit of success and riches, but in a way that seeks to educate rather than grandstand. Symba is a guy standing firmly on ‘Rap’ (Responsibilities And Principles) and is not only encouraging, but inspiring others to do the same.

The 12 track project checks in at just under 40 minutes, and leaves you hungry for more of the California talent’s delicious rhyme schemes. Whether it’s the unrelenting attack of lead single ‘Big Homie’, the melodic introspection on ‘We Tried’, or the turn-up Trap vibes of ‘Ain’t Saying Shit’, everything Symba delivers is equal parts polished and educational.

When asked about the theme of self-confidence running through his records, he draws comparisons between himself and Golden State NBA player Steph Curry; “Cos you put the work in! When you do it over and over and over again, it just strengthens your confidence. It comes from consistently doing it. I feel if you’re putting the work in, you ain’t got too much to worry about…”

It’s this narrative of hard work, balanced with the complexities of everyday life, that features heavily on Symba’s own favourite track from the project ‘Reality Is.’ The music video touches on the story of basketball player Shea Cotton, a legendary figure in West Coast hoop circles who was projected for NBA greatness, yet due to the politics of sport, never fulfilled his destiny of national recognition.

While he’s aware that he has a gift, and a refined skillset in the art of rap, Symba remains vividly aware and humble to the fact that success is only achieved in the presence of a great team. He understands that it can be taken away at any moment, and is therefore committed to informing and up-skilling those who come after.

Speaking directly to young creatives, he states without hesitation;

“Know that it’s possible. Your dreams are achievable, you just have to be realistic about how you’re gonna get there. Stay dedicated to it. Stay passionate about it. And don’t let anyone take you from your grind…”

Watch the full interview between Matthew Craig and Symba below via our Youtube channel where he talks about studying the greats of rap, his commitment to personal growth, being a ‘Big Homie, and does a round of AUD’$ Rapid Fire talking about the best way to smoke weed. Be sure to like, subscribe, and leave your thoughts in the comments.