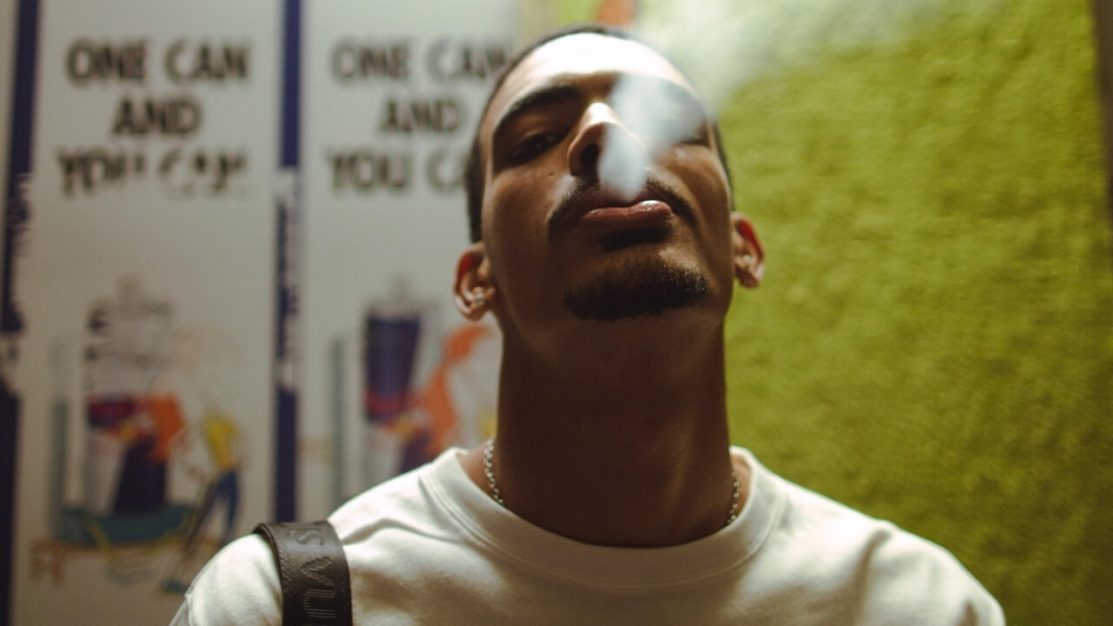 After breaking out in 2020 via a powerful one-two punch in ‘Double O Member’ with Young6ix, and his own solo effort ‘Dangerous‘, South-West Sydney emcee SKENZO is back with a raucous new drill-infused anthem titled ‘Dat Side’.

Still young into the game, the Liverpool-based artist of Sudanese heritage has burst out the gates on his first few releases; racking up over half a million streams and scoring DSP playlist cover placements and national radio airplay, all the while displaying a natural air of confidence. The new single, produced by The Kid LAROI close-collaborator HAAN, is a direct response to those around Skenzo who might be praying on his downfall.

“A lot of rumours… from critics, few haters here and there. I’m just tryina’ address that on the track. I hear them talkin from that side. Dat side don’t affect me ever…”

It’s this new found attention, from hyped teenagers streaming his music, to others with more sinister intentions, which has caused changes in the way Skenzo operates. The rapper aware that while he make speak on street themes, his focus needs to remain strongly on his emerging recording career.

“I’m not out. Especially during school hours…. I move smarter. I’m not everywhere like I used to be. I’m always in the studio locked in.”

Skenzo’s sonics thus far have been heavily influenced by the UK drill wave sweeping Australia and the world, however the strong collective of Afro-Australian artists in which he moves has encouraged him to branch out, evolve creatively, and remain true to himself.

“I used to know Manu from a while back…. Seeing the way his career has gone up. It’s motivating as f*ck. He’s always hitting me up saying do this, do that. I’m honoured to be accepted by the Manu’s and the B Wise’s and the big African artists coming out of Sydney.”

It’s this inspiration, from peers who have walked the journey Skenzo is just beginning, that motivates him to pass on the knowledge to the next generation.

“I’m just tryina leave a legacy for my younger brothers and the other youngers coming up. I’m showin them you can do it. You can have something in this music thing if you really chase it…”

Watch the full interview between Matthew Craig and SKENZO above via our Youtube channel where he talks on his new single, his creative evolution, and how local fame has found him moving different. Also catch Skenzo in a quick round of AUD’$ Rapid Fire letting us in on his last meal, dream collab, and first every celebrity crush. Be sure to let us know if you’re vibing with Skenzo in the comments!

Stream ‘Dat Side’ below via AU CASH RADIO on Spotify.