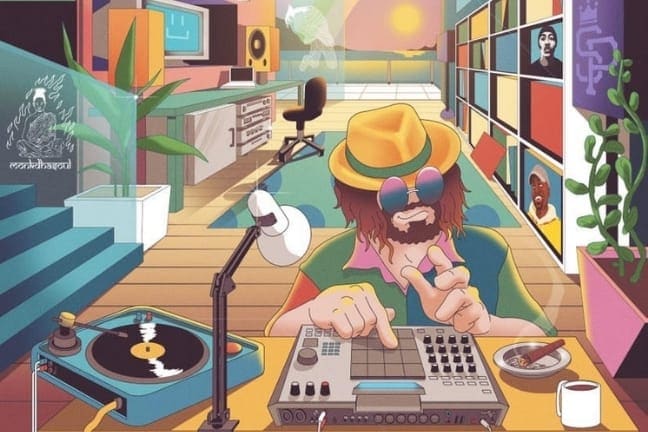 Melbourne DJ/producer Sirpreme has recently dropped his debut project ‘SOULSTICE’  – a classic boom-bap throwback to the 90’s golden era of hip-hop, when the likes of J Dilla and DJ Premier dominated the space. Curated between studio sessions in Australia and Atlanta, the emerging talent worked with a host of emcees including Buddy Ryan and Hennessy at home, and Dope Diana and J Alston in the states. In an exclusive track-by-track walkthrough, Preme took us through each of the collaborations, describing the unique presence and energy that each artist brought to the release.

“Everything I’ve done throughout this journey has led me to SOULSTICE. The understanding of music, understanding sounds, emotions and what makes me want to make music. SOULSTICE (to me) is the purest form of hip-hop that I can create. It’s a sense of home, comfort and peace within the art I create. This project is a foundation, a stepping stone within my journey that has come from life, lessons and above all passion.”

This track is just so damn funky! I hit the boys up saying I wanted an introduction for the project. I wanted it to be like they were in the studio brainstorming and told them to rap but not to “rap rap”. These guys nailed it! Such a talented duo, and I’m truly blessed to have worked with them! I wanted that old-school hip-hop style intro and they couldn’t have done it any better it’s awesome!

This song came about originally with the horns sample and the rest was history! Wanted to add that Chance The Rapper-style beat to it, like what he did on his project “Acid Rap”. It just hits so hard but so groovy. After that was done, I needed the right MC and I knew Duka would kill it. Dude’s a genius. He raps, sings, produces, engineers and everything – the whole bag. He reminds me of like an early Kanye or Chance and the end result is this banger.

Henny and I have been brothers for over 15 years. He’s such an incredible MC and I remember I made this beat like 3 years ago and we made this track back then but never released it. The old- school, off-beat drums just complement him perfectly and vice versa. The song is one of my favourite tracks of all time, and I mean in all music because it’s so personal and he’s my brother. It’s a perfect fit for the project!

2020 has been a crazy year and Diana summed it up incredibly, especially with what’s been going on around the world with the Black Lives Matter movement and the riots in the States. I wanted to have a soulful Erykah Badu-type track for this joint and she nailed it, with her both spitting bars and singing! Chant is just one of those songs I truly feel will be timeless and that’s exactly what I wanted to capture!

This song is just mind-blowing. The vibe, the tone, the mood it sets is phenomenal. The inspiration for it came from wanting a real laid-back old-school type smoker’s track and Buddy delivered. It needed someone who flows effortlessly and really rode the vibe and he did that. I’ve got mad love and respect for Buddy, not just as an artist but as a human. He’s taught me a lot about music, and he may not even know it!

This was the first track I got sent back after reaching out to the features and I was blown away. I wanted that Tribe Called Quest-type vibe on it and these boys did just that. Such smoooooth flows and true words spoken by true artists. I mean this when I say it – keep a look out for these guys. Their time will come and I can’t wait to see them flourish!

This track was inspired by watching a boxing movie one night! I wanted to make a track that I felt would fit into a film, and this is just that. J Alston and I have an awesome relationship and have worked a lot together and continue to collaborate. He brings such a new era-type hip-hop vibe to this heavy-hitting gospel-type track and it’s so dope to hear! He’s a true artist and such an incredible human to be around and know!