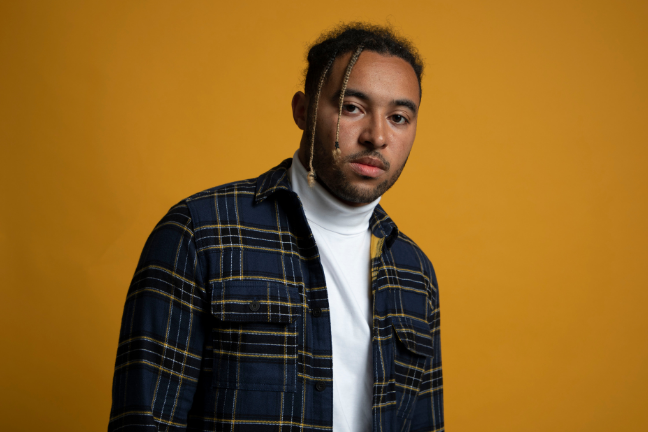 Reo Cragun journeys between R&B, electro-pop, and hip-hop on his first full-length independent album titled Diary Of A Loner.

While the Washington-born artist debuted in 2017, most Australians learned the name Reo Cragun two years later when it spread like wildfire from the release of Quits, his collaborative three-piece EP with Flume. Being his first independent release after parting ways with 10K Projects, it was fitting for him to work with someone he considered “family.”

“It’s not often you get to experience those relationships in music but when you do you gotta keep them around you.”

Fast forward one pandemic later, Cragun now shares his 12-track album Diary Of A Loner, equipped with co-production by Clear Eyes and features from Kid Ink, Johan Lenox, and Marian Hill. Exploring moments of introspection and personal hardships through pop-electronic climaxes, R&B melodies, and hip-hop lyricism, he takes pride in the vulnerability of his latest work.

“I thought that it was really important to dive into the narrative of those conversations that I’m having internally and display those publicly.”

From the opening title track to previous releases like ‘Verizon’ and ‘Just My Luck’, Cragun’s ear for a catchy hook is unmatched. He nonchalantly describes his process of taking around five minutes for the melody and an extra ten or fifteen for the words. It’s hard to believe hypnotizing hits like ‘Starstruck’ and ‘Light Show’ were made so seamlessly, not to mention the raw storytelling on ‘Crazy4u’ and ‘Hundred Million’.

“The hooks that come the easiest are always the ones that are going to be the catchiest for me.”

In every entry to Diary Of A Loner, Cragun depicts his moody and reflective feelings through dynamic vocals and captivating, genre-blending sonics. Celebrating the success of his first independently released album, he’s in “super creative mode” and already found himself back in the studio forever chasing the elusive best song.

“You know what they say, the best song is the song you haven’t even created yet so I’m always cooking up.”

Check out our interview with Reo Cragun and Matthew Craig below, where he talks about Diary Of A Loner, his relationship with Flume, and his love for Australia. Also, check out the first edition of our new segment Money Minute where he answers a series of rapid fire questions.