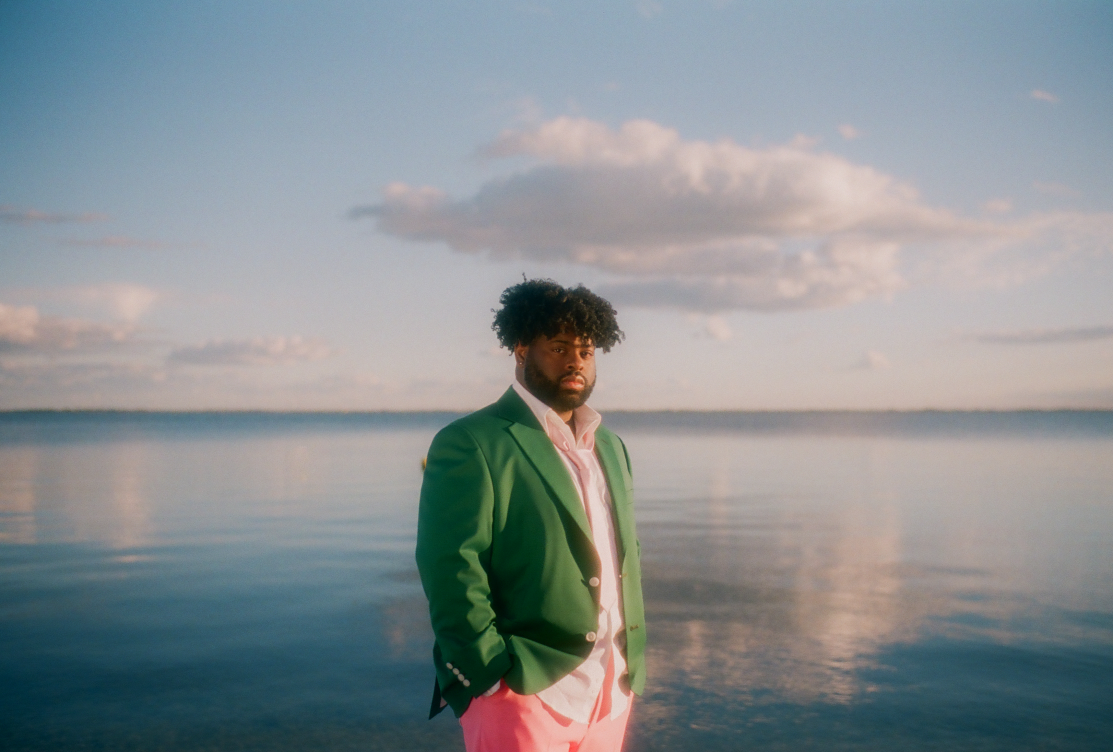 With every release as another arrow in his quiver, the creative cupid Pink Sweat$ – born on Valentine’s Day, 1992 – is a proud outlier in modern R&B.

Inspired by Cam’ron, the Philadelphia-raised artist who earned his stage name for always wearing pink sweats in the studio, landed on the scene in 2018 with his debut single ‘Honesty’. The stripped-back, introspective R&B cut found its way to the US Viral Spotify charts and soon received a remix from Jessie Reyez, quickly catapulting him to mainstream attention. A regular release strategy tailored to streaming built upon this platform, with 5-track EPs simply titled Volume. 1 and Volume. 2 arriving within 6 months of each other. Sweat$, real name David Bowden, made the intentional decision for most of his early tracks to fall under a 3-minute run time.

“If I was looking for new music and I stumbled across this song and I don’t know this person, I figured you want to hook them on by giving them a little and just keep reeling it in. That was my first approach just to try to gain some kind of fanbase or attention base to my music.”

While the COVID-19 pandemic halted the production of his debut album, it didn’t slow down his overall output. A constant presence in the studio, in 2020 Bowden dropped The Prelude, comprising of 6 songs all included in his eventual full-length debut titled Pink Planet. This teaser included the mammoth ‘At My Worst’ which would grow to become his most-streamed song ever, with the album version containing the addition of a global starlet in Kehlani.

While the borrowing of melodies and 808 drums from either genre has meant the intersection of hip-hop and R&B has become increasingly blurred in recent years, Pink Sweat$ has boldly swum in the opposite direction. Leaning into his Christian gospel upbringing to produce sonics closer to the singer-songwriter lane; acoustic guitar patterns, multi-layered vocal harmonies and intricate tales of romance are staples of this version of R&B. While many are chasing a booming nightclub-like ambience, listening to a Pink Sweat$ record is more like enjoying a rose-covered picnic by the lake; gentle, cosy, cute, and likely to result in a long night of lovemaking.

“Every creative is trying to create their way out of something. That’s the idea. I feel like for me, I’ve been always trying to make the world make sense.”

Pink Moon is the latest addition to the Pink Sweat$ catalogue. Sticking to his usual formula, the lengthiest song, the angelic ‘Spiritual’ lands at just over 3 minutes, meaning the 8-track EP can easily be put on replay without interruption. There’s a host of features on the record, including Tori Kelly, Blxst, KIRBY and Sabrina Claudio, and each of them works to showcase different artistic chemistry. For an artist who has largely operated solo on his initial releases, this feels like another intentional move; hopefully, one which endears him to a wider audience as his rich talent deserves.

The standout tracks are ‘Midnight River’, a long-anticipated collaboration with 6lack which entwines their unique cadences, and ‘Nothing Feels Better’ a heartwarming, signature ode of affection that would not feel out of place on an earlier EP. While it’s clear from ‘Pink Moon’ that Pink Sweat$ has evolved, improved and is experimenting as an artist, it will please his day one fans to know that he hasn’t strayed from the formula for which he was first known and loved.

“It was a deeper dive into what modern R&B is. Just trying to diversify my catalogue, I don’t want my catalogue to be one thing because I want to be able to grab audiences from all angles.”

Watch the full interview between Matthew Craig and Pink Sweat$ below via our YouTube channel where he talks about how he got his start in music, his thoughts on disrupting the music industry and insights behind his latest body of work, Pink Moon. Also catch a quick round of AUD’$ Rapid Fire answering his dream holiday destination, his favourite track of his own and what his last meal ever would be!