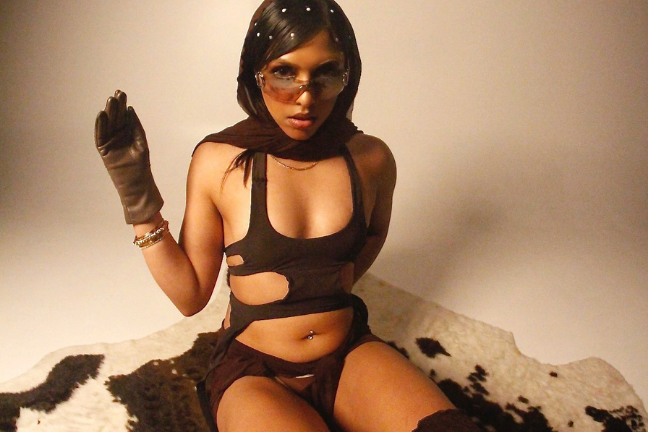 PANIA, the mixed Maori and Indian hidden gem, has been an enigmatic presence over the years since her 2018 debut, ‘Lotus’. From singing her story of heartache through raw and deceivingly powerful vocals, she stayed in line with familiar themes of love the following year in her Kali Uchis-inspired ‘Carlo’.

Reflecting back on ‘Lotus’ or ‘Carlo’ in 2021 unfortunately only evokes a ‘you had to be there’ moment now, as both tracks have been removed from streaming services and otherwise. The Melbourne-based artist made her re-debut in 2020 with ‘ICYY’, entering a new era of more ambitious and genre-ambiguous offerings that exude beauty from their intimate and honest lyrics to incredible vocal subtleties.

“ICYY was just the beginning of this Pania sound and my sound is not just one thing. I don’t want to just be trap or R&B, I want to be everything. I want Pania to be the genre.”

The Pania genre has been exclusively Melbourne so far, with her only collaborators being fellow 3K alt-R&B singers Keziah Feterika and CD. Feterika, who featured on HP Boyz’ ‘Out Here’, was enlisted for the remix and part sequel of her cold debut, ‘ICYY PT. 2’, while CD coordinated an empowering collision of Melbourne’s west with her only single of the year, ‘Catcha Grip’.

The couple of neo-soul and alt-R&B singles showcase Pania’s silky melodies and introspective lyricism, both accompanied by thoughtfully creative music videos. Recognising the rich R&B sounds coming from female POC’s across the country, she’s passionate about empowering her peers and fans.

“We need to keep on supporting each other and realise there’s room for all of us, everyone single one of us. We’re all doing our thing and it’s about time the world gets to see it.”

While her early influences include Erykah Badu and other neo-soul singers, her taste has developed more sporadically into artists like Drake and Wizkid, and sounds like Afrobeats and afro-swing that remind Pania of the Polynesian music she grew up.

These elements of Afrobeats have seeped their way into her latest release and here’s the ‘Proof’:

‘Proof’ is a mellow R&B track that explores one-sided relationships where things are rarely reciprocated and never enough. Produced by Melbourne’s HAMLEY, who has worked with acts like Allday, SethSentry and Phi11a, the syncopated beat allows Pania to melt her raw melodies over the soft keys and electric guitar. Though it may be the last we see of her in 2021, Pania is preparing to release a debut EP next year and begin performing live where permitted.

“I’ve got a few singles coming, a few videos – you guys are just going to see the evolution of Pania like what I’ve put my heart and soul into and it’s all going to come into life sonically and visually.”

Watch the full interview between Matthew Craig and PANIA below via our YouTube channel where she talks about her influences, building her artistry and who she’s hoping to work with in the future. Be sure to let us know if you’re vibing with the interview in the comments!