PA SALIEU IS BOLDLY PUTTING COVENTRY ON THE WORLD MAP 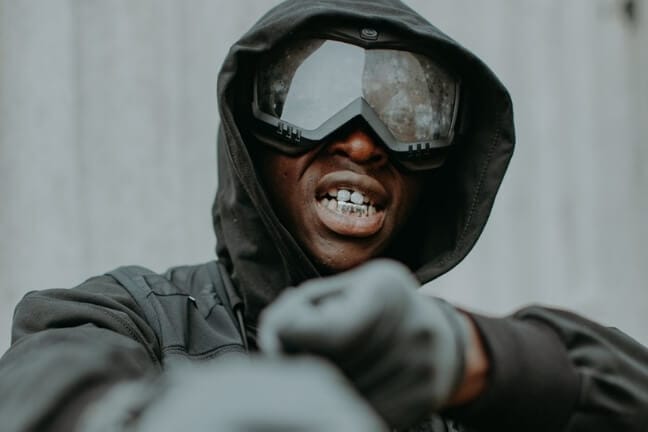 There’s little room for doubt that since the turn of the decade, the UK sounds of Grime and Drill have been the eminent force in not only music, but hip-hop culture globally. It was the 2019 Drake produced ‘Top Boy’ reboot on Netflix which helped take a previously niche sub-culture to the masses; with patois infusions now common vernacular everywhere from Hackney in East London to Mt Druitt in Western Sydney.

As the relatively young genre has ascended to new heights, evidence of its’ maturity has started to emerge in the form of its’ sonic evolution. From the development of New York Drill, to the incorporation of more melodic elements, it seems that the next wave for Drill is a fusion with other genres and cultures. Pa Salieu, a 22-year old Gambian / British recording artist from the heart of the West Midlands, is one of the most promising proponents of this future.

Emerging in January of last year with ‘Frontline‘, a track he wrote in just 20 minutes, Pa Salieu brings a unique flavour, distinct from his contemporaries. Intertwining Afro-beats elements from his motherland of Gambia in West Africa, with unfiltered narratives from the harsh streets of Coventry, his debut single went on to be the most played track of the year on BBC Radio 1 and has quickly brought him a worldwide audience.

“There’s no rules in my strip. My sound’s for everyone…” states King Salieu in a chat with AUD’$.

“You’re gonna hear of more cities. Block life like any other. Where I come from transcends to all round the world. Ya’ll got hella frontlines in Australia!”

A post-industrial city in the heart of England, Coventry is infamous as a victim of World Way 2 blitz bombings, a historic element never far from the mind of its’ inhabitants. As austerity has impacted the UK nationwide, the COV has not been immune, with drugs, organised crime, and violence running rampant in the streets – the same streets of which Pa Salieu was victim of a shooting less than six months before his debut release.

The project ‘Send Them To Coventry’ has been acclaimed across the music landscape, consistently receiving minimum four star reviews as an impressive, forward-thinking, yet organic collection of tracks. The tape is a gritty, raw narrative of the harsh realities of life facing many youth in the UK; while simultaneously a boastful statement of pride in the identity of being from those very streets of struggle.

“Send Them To Coventry means to completely cut someone off!”

Quietly spoken, yet self assured, Pa Salieu (both his birth and stage name) gives off an unpolished air of confidence. With very little media training under his belt, it’s this authenticity which sparks intrigue into the life of a talent able to deliver such an impressive, mature debut minus the big budget and long-rollout often afforded to such prodigies.

‘My Family featuring Backroad Gee‘ is the standout moment, a brash, confronting urban tale which encapsulates the Afro-sonic elements which make his music so unique. It’s clear via both the song’s title, and in conversation, that family is very important to Pa Salieu, who like many millennials caught in the diaspora, seeks music as a way to not only express but to provide.

“Being sent to Gambia young. I see a different side…”

Aware of the unique duality his art possesses, Pa Salieu shies away from discussing it in detail, preferring to let the music speak for itself in a very matter of fact way.

While the lyricism is chilling and the aesthetic largely dark, ‘Send Them To Coventry’ is not to be boxed in. Recent single ‘Energy feat Mahalia’ provides a positive, uplifting respite and insight into the future diverse offerings that may come from an artist who dreams of collaborating with Stevie Wonder.

When asked to reflect on his rapid ascent and accomplishments over the last twelve months, which include an endorsement from fashion icon Virgil Abloh, and a public anointing from (after several comparisons with) UK hip-hop star J Hus, Pa Salieu is incredibly nonchalant;

“It feels good,” he states, “This is just the start though…”

Watch the full interview between Matthew Craig and Pa Salieu below via our Youtube channel where he talks on Global Frontlines, Send Him To Coventry, and the importance of staying true to yourself. Also catch him in a quick round of AUD’$ Rapid Fire Questions talking about his favourite cartoon and dream collaboration. Be sure to like, subscribe, and leave your thoughts in the comments.