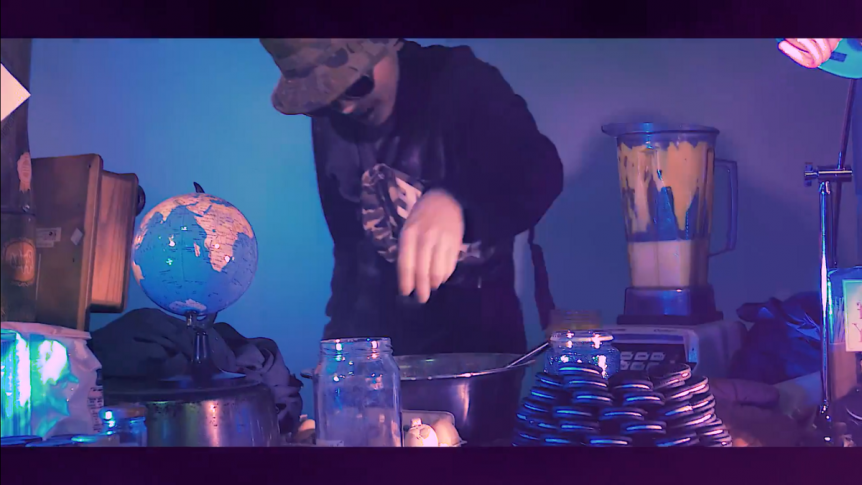 Today AUD’$ presents the latest single and music video from The Eggman ft. NY native, Svveet T. The track is titled ‘Oreo’, and it comes off ‘Benedict‘, an album due for release by The Eggman in the next few weeks 👀. Stay vigilant for that familee. The track is self produced, the music video finessed by Established NOW, and that vibrant af cover art is by Ying Wang 👏.

This isn’t the first link up between The Eggman & Svveet T, having collaborated previously on tracks such as ‘Chop‘ and ‘Need That‘. It is however Svveet T‘s first AUD’$ feature, so here’s a little intro to the man:
Svveet T (pronounced Sweet T), is a New York based artist who has lived in Melbourne for 2 years. Leaving everything behind in Rochester, New York, Svveet T has been getting inspired in Melbourne, collaborating with friends over here who share his passions. T also plans on releasing a single & 4 song tape before Christmas this year, produced by himself and Yugen 9000. With promise of versatile tracks full of vibes that have influenced him from his time spent in Australia, Svveet T is one to keep eyes on for sure 💰.