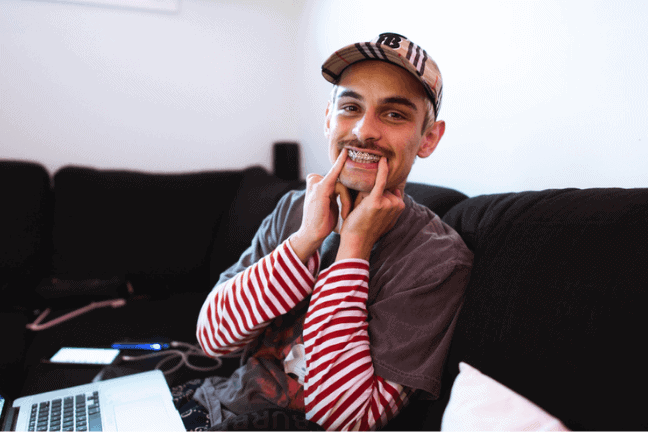 If you’ve moved around the Australian music or fashion scene long enough, or even just followed our socials, you’ll be somewhat familiar with that tattooed cat out of Sydney with the cheeky smile. The one who can spit a million miles an hour. From the early features with Lyall Moloney, to popping up in the studio with YUNG BANS, we’ve long championed the talented and creative mind of PHI11A and told you it was a matter of when not if. Well the when is now.

Following the release of Overdose and announcement of a signing with Def Jam ANZ in September last year, the rapper soon backed up with a four track EP exclusively produced by Jimmy Duval (Xxxtentacion, Ski Mask) before Christmas. After spending a majority of his last 2 years in the United States working with a host of A list artists and producers including Scott Storch, we just missed each other in Melbourne over a recent weekend but managed to link up on a phone call while he’s finishing up a short stay at home in Sydney.

With the world at his feet, PHI11A promises to be one of the most exciting exports to come out of the Australian urban scene for a minute. Read our exclusive chat below ???? 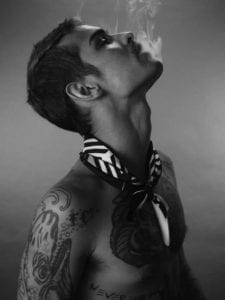 Good man.  Its good to hear your voice on a Monday thats for sure!

Ah mate starting out the week coming in hot! What’s news with you man?

Just grinding away. Im now working out at the studios full time. Doing a little bit of community work, we’re about to launch some youth programs so been partnering up with organisations and working on that.

Fuck yeah man how good is that!

Nah! Honestly! You guys have always been the sweetest dudes man… It makes me so happy to hear people are giving back to the community and shit. You guys have just been supporting Australian music and Australian hip hop for pretty much longer than anyone else that I know too. So I’m just really proud of you guys and see you getting ahead… you guys really deserve it.

Thank you my bro. It’s all mutual, man you know that. It’s been like 5 years we’ve known each other now? And now we’re having these chats. New decade hey bro?

Good reset of energy bro!  Its actually been really good for me too. It’s been really positive. But it’s just like…uh… the universe always tests you in certain ways and shit. Been having my patience tested for months and months but it’s fine bro. Just delays and stuff out of my control. I’ve got all these tracks in with Scott Storch n other guys.  Im just excited to get it all out bro…waiting sucks haha! But at the same time I’m waiting for something really good. It’s like being told every month, “It’s Christmas this month!”

How have you found that period? The anxieties or stresses in the big label system now and not knowing what’s next…how do you g-up creatively through that process?

For me on my side, it’s just about ignoring everything that’s going on and making believe that none of it is real or true. You write your best shit before you blow up. It’s just about ignoring everything thats going on… every single time something good happens I stay in the middle. Then every time something bad happens I try to stay in the middle too. Cos if you get too caught up in the highs and the lows….it really does start fucking with the creative process and your inspiration and shit like that.  I’ve always been more inspired by people and relationships and shit like that, that’s always made me wanna write music. So I stay less focused on the business side of it and I stay focused on the people that make me happy and the people that make me sad.

Right at this very second bro, the thing that is inspiring me a lot is drawing some inspiration from music and shit. I’m talking like roots, roots bro…. back when I was like 14 and 10. What got me first excited in the first place; punk rock, metal and glam rock. So I’ve been writing a lot of my melodies and versus and choruses and stuff just straight over like Greenday beats and placing the harmonies and melodies over more trap influenced beats.

You know what bro?? To be honest its fucking hard man! You hear the same type beats… even if they’re fire, for months and months and months, and years and years.  How do you consistently come up with new shit? You can’t! You gotta mix it up sometimes…

I agree with you having to revisit old stuff… listening to new music can become such a chore and such a business and a science now.

It does bro! Especially with hip-hop you’re listening to it with your business ears on. It sucks the fun and sucks the soul out of it. You’re 100% right bro.

How do you do that? You’re always been very outspoken by being driven by love and being driven by positivity and happiness. How do you maintain that with labels breathing down your neck? What do you do mind wise to stay in that spot and to keep that integrity? Cos I reckon thats tough for a lot of artists…

To be perfectly honest, it’s those situations that bring out the best in me, man.  Ever since high-school man, I never got any of my assessments or projects or anything done until the night before until I got pressure. And I’m sitting there like fuck if I don’t make this happen… Im gonna get expelled or suspended haha!

Even with the Scott Storch stuff. Just tell myself…okay it’s time to start writing something for it. So I stayed up till 5:45 in the morning just writing this new song and shit. I rocked up to Scott Storch’s house with 24 hours notice. It was like 3 songs in a day and all over 16 hours and that in itself being worn out and not being in your right mind, and being completely exhausted. Sometimes you get your best shit when you’re in that state.  For some reason bro, your angels just start speaking to you.

But at the same time it is a struggle and it is really really fucking hard with the pressure of the label. Not them personally. It’s not just me. I love my label and I have a great family connection with 10-15 of them there. I just known that if I don’t work and I don’t commit, 10/10 I’m making them just look stupid bro…and I’m not trying to do that! 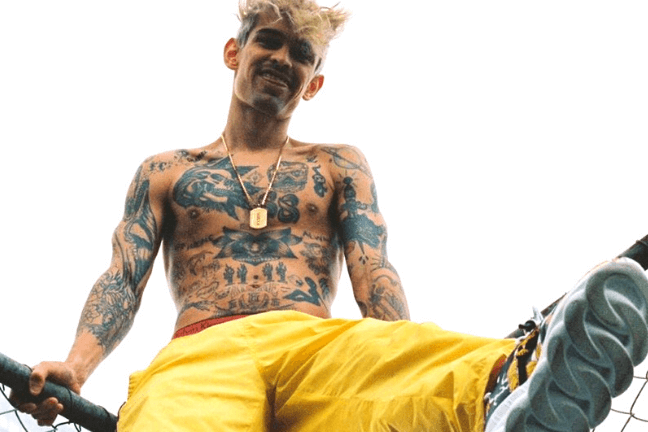 There’s two different mentalities to it. And I feel that it comes from the industry and certain people who aren’t in the industry and just observers and lovers of music. People understand your narrative and they understand your story and what it takes to get there… within the industry its always all love. They just give straight respect straight away they’re just like congrats you know? You came from a a single parent background, you’ve worked incredibly hard to get here…

But then you know too. There’s positive and negatives. People will call you an industry plant. People will call you a bunch of shit. But the thing is, if you meet those people with love and respect, you can usually change their mind on it. Sometimes you’re just walking down the street and someone just rubs you the wrong way and theres nothing wrong with that. If you see someone wearing something you don’t like… thats fine but the problem is… if you make an action out from it.. you hit them or yell ‘fake motherfucker’ or some shit like that. Those people are the ones who haven’t taken the chance to actually find out your backstory and it comes from ignorance. So I’m not ever trying to beat ignorance with ignorance..

How do you do that?

If anyone every comes at me from a negative place. I just say from a real open and honest place; “I respect your opinion but it’s taken 7-8 years to do this and I really hope you give me another chance to change your mind. Where I grew up we moved house every 3 months and shit…. I come from a background that’s really poor…”

If you meet people with that mentality they will always backtrack like ‘Oh no I’m so sorry!’ It’s about meeting the people with love. Nobody knows whats going on in someones life…. I don’t know whats going on in theirs. It’s all love, honestly, even hate is all love.. and if people tell me they hate me I also say; ‘Man I hope you tell all your friends that you hate me cause it’s free publicity!’ Haha!

Haha. Keep my name in your mouth!

Exactly man haha! Bro honestly these are amazing questions man. You really kill it! We should do like a longer one. A video one later on when we got shit dropping too.

For sure bro. We’re about to launch an AUD’$ podcast out of the studio so we’ll get you in a long form chat for an hour or so.

I’m definitely keen for that it would be fire.

Bet bro. You’re one of a few names really starting to export out now. Obviously Sampa The Great, Laroi, Camo Rose have all been making moves recently. Who else have you seen doing stuff? Who else are you digging from Australia and what are some names that we should be listening to?

Okay I’m loving what Tkay Maidza is doing. I’ve fucked with her since the start and she’s really grown as an artist. The Cult Shotta boys. They will not fold. They’re going to keep going until they make something of themselves. Travy P; he’s a really nice guy and his music bangs super hard too. SAINT LANE is incredible. And obviously people like Sampa and Laroi…even if they’re younger than me bro. And they like move planets, move mountains and shit… I cannot wait to inspire.

Oh man… Lil Sknow. Obviously he’s one of my close homies but the mentality shift he’s had…having a positive influence on the youth and shit. Onefour, I hung out with them the other night… they’re really nice dudes.  I think they’re actually total opposite to the stigma and how they’re portrayed in the media. The media really tries to cast a negative image. Oh Scoobie also! Coast and Ocean! You guys! Junor! Stevey was showing me some the other day. Fire,  reallllly fire. I can’t wait for these new records to come out!

Aha me too man. Whats on for the rest of the day?