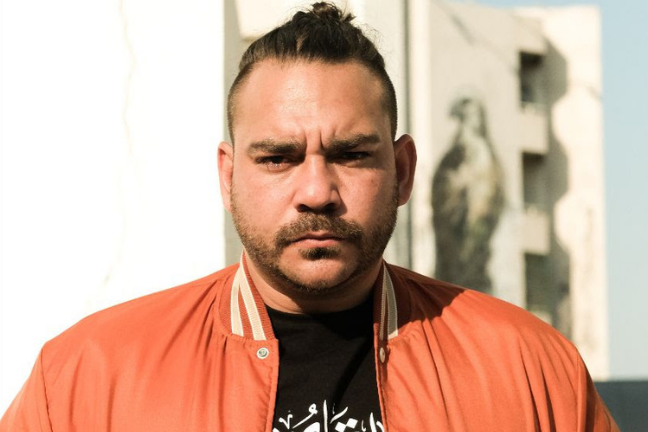 Dallas Woods is a man of many talents from an eccentric lyricist, a natural performer and a role model for the Indigenous community. However, there’s one title he now holds to the highest prestige – Julie’s boy.

Born in Perth WA, the Noongar artist moved to the Wyndham-Eastern Kimberley region at seven years old with his single mum Julie and his six siblings. Though his first musical memories are tied to his love for country music, he still remembers when the older boys of the community quickly exposed him to ‘90s rap. From household names like Tupac Shakur, Eminem and Ice Cube to then falling in love with the lyrical onslaught that Big L and Jadakiss delivered.

“Just the way that they could play with words it would be like ‘how are you having that much fun with it? I want to have that much fun with it.’ So once you start looking at it like that and changing cadences and the way you pronounce stuff – it becomes limitless with what you can do with lyrics.”

When Woods debuted in 2018 with ‘9 Times Out Of 10’, a hard-hitting commentary on Indigenous deaths in custody, he had already become accustomed to performing. His mother encouraged him on a path of entertainment when the Indigenous Hip Hop Projects dance troupe visited Wyndham in 2007. He would then go on to mentor Indigenous youth across Australia, even guiding a young Baker Boy early in his career. Based in Melbourne and already accomplished in his own right, back in his rural hometown “[he’d] always be Julie’s boy because of how much respect she had.”

It wasn’t always the title Woods desired but after recognising his mother as a strong pillar in his hometown, it’s one he now proudly accepts. His 9-track ‘mini-LP’ Julie’s Boy celebrates his family, community and Blak excellence while continuing to highlight the societal and systemic inequalities of First Nations people.

Inspired by the US West Coast rap he grew up on, the ode to back home begins with ‘Ole Man’. The project contains previous releases like the UK-inspired ‘Grime’ and the thumping anthem, ‘Rasta’. The only vocal feature on Julie’s Boy is from Melbourne artist Jordan Dennis who appears on ‘Vanilla Coke’ and ‘Bob’N’Arly’ both produced by the other half of Fly Boy Jack, JUJO. Mixed and mastered by Dopamine, additional production credits include Jerome Farah, Tentendo, Pip Norman, Tobiah Fahkri, Willie Tafa and Andrew Burford.

“I just wanted to put something out there for everyone and it definitely resonates. It goes from Reggae to EDM to dark trap like ‘Moonboot’. ‘Moonboot’ is hectic.”

Throughout the full-length release, Woods pays strong homage to his culture and delivers the compelling commentary of ‘Colorblind’ on the 400+ Indigenous deaths in police custody. While written only in the past year, the number has risen to 500+ and still without a single conviction. In his recent visit to Dubai, he had the chance to share the true story of Australia’s past on a global scale, and return back to performing after two years of lockdowns, playing over 20 shows in eight days.

“It was a good way to get back to work, more shows in one week than I have done in the last two years but when you’re representing your country, that’ll help you get through them.”

Back in Australia, he’s begun his six-date national tour this week in Brisbane. Supported by an array of local talent, he’ll be performing in Sydney tonight followed by Perth, Kununurra, Castlemaine and finally Melbourne on April 23.

“I want to be what the crowd is giving me. I’m not going to try and change the mood that’s there. A lot of different cities have their own ways of showing love towards music so I’m just there to represent my craft, all the people I have with me and all the supports I’ve gotten together, and just put on a good night.”

Watch the full interview between Matthew Craig and Dallas Woods below as he talks about his love for lyrics, touring in Dubai and releasing his debut project. Also, catch him in a quick round of AUD’$ Rapid Fire answering his first-ever celebrity crush, dream collaboration and favourite place to spend a bag. Be sure to let us know if you’re vibing with the interview!