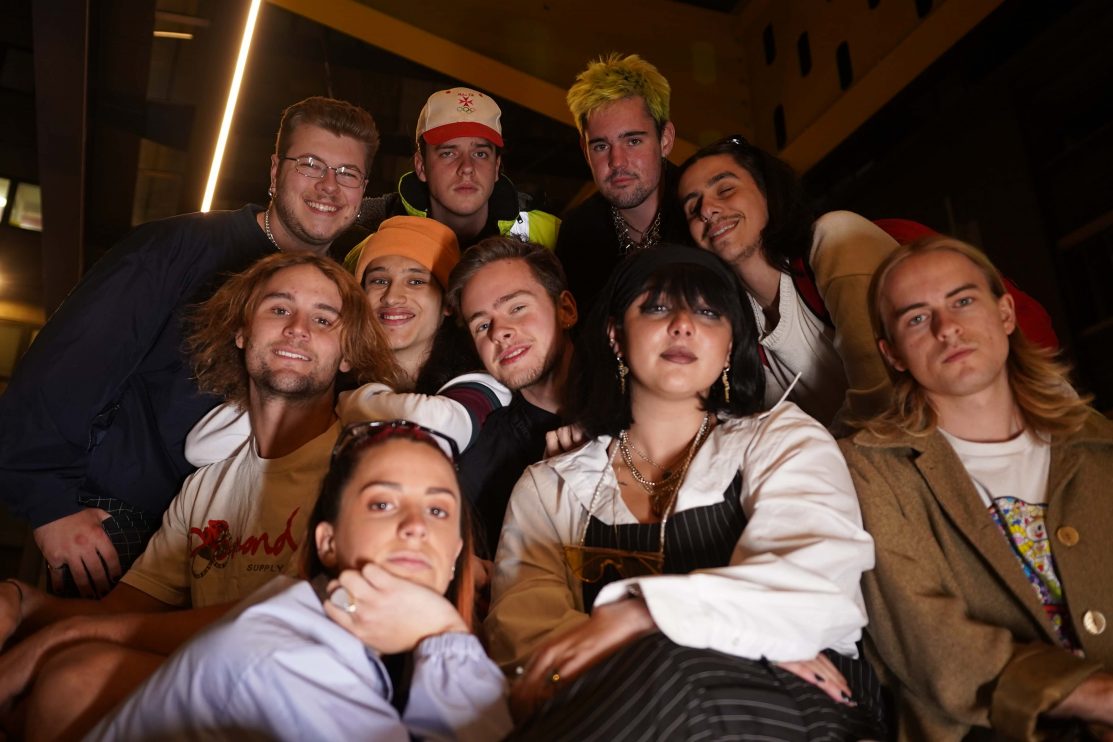 New Wave Infinity’s debut project, All Corners, is an ambitious collaboration that shows off some of Melbourne’s promising next generation of creatives.

As the calendar flipped to 2020, New Wave Infinity entered the year with a challenging goal in mind – to unify Melbourne’s Hip-hop community. The concept of All Corners spawned from New Wave videographer Nick Rae almost two years ago.

“New Wave Infinity is a testimony to teamwork and we wanted to show everyone what Melbourne was made of and to make that happen, we needed to work as a team,” Nick Rae said. 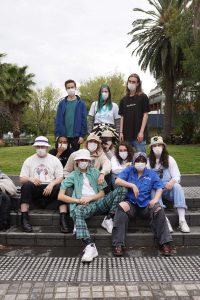 When New Wave member REYKO! had an unfurnished house available for the first week of 2020, the idea finally became tangible. NWI messaged as many Melbourne artists within their network and built four DIY studios from collected equipment between the collective. Each day stretched from 10 am-8 pm and as the week progressed, more and more artists came through, including rapper KVNYL.

“I got a DM from New Wave like late December and I think I pulled up on the second day,” KVYNL said.

“I had pretty levelled expectations and was taken aback initially. I was pretty hooked after that and ended up cancelling everything I had on for the rest of that week to get there as much as possible.

“The energy was infectious and from a music point of view I had just come off meticulously crafting my EP, so to be in an environment where everything was spawned and finished in the moment was super liberating.”

From the dreamy melodies of “Body Out Of Mind” and “Soft and Slow” to the high energy cyphers of “I’m With The Gang” and “Redbull Cypher”, there’s a range of styles on display. Considering a handful of these tracks were recorded outside, the absolutely crisp production from the 10 producers and the mastering from AyoTrae can’t go unacknowledged. As for standout moments, Hon3y’s soulful melodies never fail to hit the mark and Yung Shogun provides an entertaining first verse on “Ole” and a clean back and forth with Beluga of 3K on “Let’s Get It Started”. KVNYL’s introspection on “Food For Thought” is a heart-warming finish to the project, while MARLOW! on “I’m With The Gang” and TITAN DEBIRIOUN on “Redbull Cypher” provide stand-out verses. Overall, “Off White” is the most impressive cut, featuring Sxint Prince who delivers the mesmerising chorus. It’s hard to give props to everyone featured but treat your listening experience like a playlist and expect to leave with at least two or three new artists to check out.

Cut from ten hours’ worth of footage, a 10-minute documentary was released prior to the All Corners album and captures the raw creative energy that surged throughout the week.

“The purpose of the documentary, while it’s an interesting thing to show how we made this and pulled this off, it’s also a blueprint. It’s an instruction manual for how others can do this for themselves, because the reality is, this needs to happen more. If three people copy All Corners next year or the year after, that’s a fucking mission success,” Nick Rae said.

The documentary captures some of their fondest memories from the week, including Hon3y’s favourite moment at 7:35 in the video.

“Everyone is standing in a circle and we’re singing like a choir. I wrote those lyrics and coordinated that and I thought it was so incredibly beautiful to all just stand around a microphone and sing. It warmed up the room, it was beautiful,” Hon3y said.

It’s hard to credit New Wave Infinity for covering all corners of the expansive Melbourne hip-hop scene, however, it’s a commendable effort and a hopeful catalyst for positive change in a competitive market. As the Australian scene continues to bubble to a higher level, collaborations and events like these are necessary for pushing forward the music to a national and international scale. While the rivalry between artists and across states is important, supporting and uplifting each other is equally valuable. All Corners showcases the creative hunger and insane talent coming from the next generation of Melbourne and instils a strong sense of unification amongst some of the newer, emerging talent in the city.