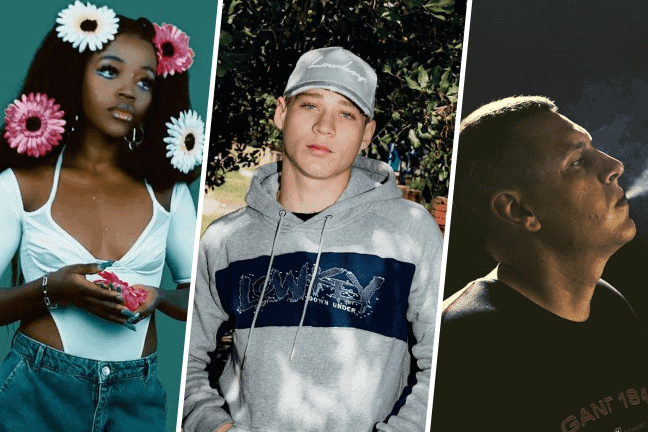 Another huge week of video releases across the AU and we’ve wrapped up some of the best below. From all corners of the country, be sure to follow our Youtube playlist and letting us know which clips you’re digging via our socials ????

BK – WELCOME TO THE INNERWEST

BK‘s latest track and their first official music video delivers authentic story telling from Innerwest Sydney. Auburn locals Rukus, K.Grim and Polos come together on a track with latin infused vibes not dissimilar to other drill type acts. The catchy hook and international link up with Skee from South Auckland suggests that BK is definitely another crew to to watch.

She’s 3/3 on her latest run and Tkay Maidza is showing signs of blowing up to a whole new level in 2020. Sexy R&B vocals over a heart-throbbing bassline combined with 70’s Austin Powers like visuals make for what might be her most mature and polished moment yet. With her project ‘Last Year Was Weird’ due for release in early August, anything is possible for the South-Aus superstar.

SOPHIE CASTRIOTA – NOT MY VIBE

Brisbane local Sophia Castriota is back with “Not My Vibe” a song that is definitely our vibe. With only a handful of singles under her belt, yet all impressive, the 24 year old is relatively new in the game but definitely one whose star will quickly rise. Delicate yet powerful vocals flow effortlessly across catchy pop inspired hip hop production.

Fresh on the scene, Melbourne recording artists, Young Philly and Abrogoat serve up a combination of autotuned vocals and hard hitting bars over moody production. These two young brothers, although new in the game are bringing a unique sauce which will continue to draw them eyes and ears.

One of the OG’s of hip hop in Australia, Fortay highlights the continued hustle and focus required to make it on the streets of Western Sydney via new track Never Change. “Gotta live life to learn it” Fortay’s introspection highlights the complex struggle between rap and the streets as he drops knowledge on the next generation of talent via recent album “7 Days A Week.”

ROPS1 one is back and delivering nothing but pure heat in his new track D.O.N 2.0. The Sydney rapper details his rise to fame, and continued presence in the streets of ’64 in the second installation of D.O.N released in 2019. With authentic, razor sharp lyrics, ROPS1 cautions fellow rappers to “tell the truth up in your raps or you’ll end up getting drilled”. The streets are hot for this young don. It’s only a matter of time till the labels wake up.