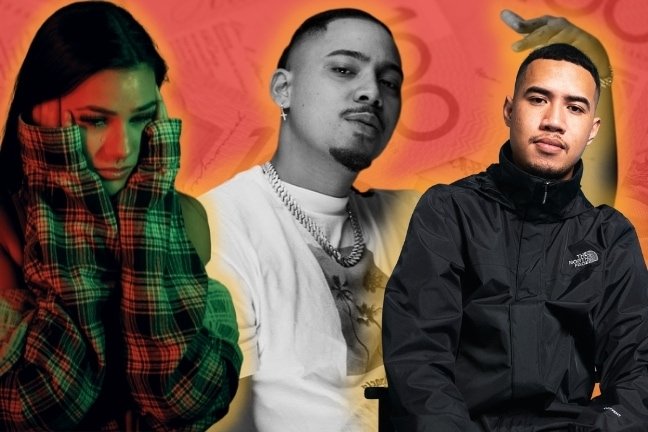 We’re now at Week 31 of our New Hip-Hop Videos From Aus wrap, providing you with the latest and best clips to drop from Australia. Don’t miss out ever! Subscribe to be first in the know with all the latest visuals from across the AU. Which clip you into this week? Dive in our comments with your fav!

As one of Australia’s leading voices, Youngn Lipz provides the music video to the melodic title track of his debut album, Area Baby. As the project’s opener, ‘Area Baby’ encapsulates the album’s core theme of celebrating where you’re from and emphasises the importance of home pride. The Western Sydney star brings this sentiment to life on the track’s chorus, declaring “I’m not in love, but I got love for the streets” in the photo collage-edited music video directed by Moonboy Studios. With his highly anticipated debut album out now, YL cements himself at the forefront of melodic Hip-Hop and street R&B in Australia.

Smak and frequent collaborator, producer Dan Bones, come together once more for ‘Die Young’, a step out of the ordinary for the Brisbane artist. Known for his punchline heavy rap, Smak heads in a melodic direction as he addresses his disgruntlement with life over the reflective guitar sample, flipped from PVLACE of 808 Mafia. The music video shows Smak performing the track in front of a black background, placing importance on his relatable bars and heartfelt storytelling – “Way too gone to pick up a call, think I’m fine with losing it all cause lately feel like I been at war.” It’s not necessarily a sound synonymous with Smak, but ‘Die Young’ is some of his best work.

Quickly becoming Melbourne’s next rising star, r.em.edy returns with her new single, ‘613’.  The alternative R&B artist has delivered a range of features across a number of genres this year, but her latest offering is an enthralling blend of Hip-hop production and neo-soul/alternative R&B vocals. Referencing Melbourne’s dial code, ‘613’ finds her fighting feelings when an ex-lover returns to the city, revealing a moment of vulnerability for the young artist that’s captured in the music video directed by Rachael Vowles. With her angelic vocals and a dreamy delivery, the self-produced track lights an emotional flare to the melting pot of r.em.edy’s catalogue, as she continues to polish her sound.

Announcing his signing to Castille Records, Nokz78 returns with his melodic R&B offering, ‘Moon‘. While his last track, ‘Into Drinking’, hinted to Nokz melodic edge, ‘Moon’ finds the Forest Lake artist immersing himself into indie hip-hop/R&B territory, similar to the likes of Dominic Fike and Melbourne’s Olive Amun. The music video, directed by Ruffpops captures Nokz across a collection of serene sunset shots as he professes his love over the acoustic guitar-driven production by Loe Paradigm and Josh O’Brien. It’s been less than a year since the release of his unflinching breakout drill single, ‘Chat‘, but with each release, the Samoan-Australian refuses to settle on a single sound.

Along with his debut EP, Day UNO, Brisbane’s Day1 drops the music video for ‘Magic’ featuring Hooligan Hefs. The high-octane vibe is set by Liam Thomas’ production, with the running guitar and vocal samples giving platform to another one of Day1’s esteemed hooks. Sydney’s Hooligan Hefs bursts through on the melodic joint with a bold verse, marking the pair’s second collaboration in a week, after the 67 artist’s new single, ‘Hoodstar’. Their latest single is presented with some of the cleanest transitions and edits we’ve seen from Moonboy Studios, as they continue to raise the bar for music clip visuals.

Khi’leb drops his first track of the year, ‘Nothing New‘, and announces his signing with prestigious label, Elefant Traks. The music video, directed by Josh Hoole, shows him trying his many efforts as he persistently endeavours to win his love interest back. Produced by his brother Wy’es, Khi’leb executes a handful of different flows throughout each verse and sings his chorus’ melody across the sliding 808s. The Brisbane talent first came on the scene with a fully automatic flow and a taste for bars but some of what we’ve heard since, including ‘Nothing New‘, suggests there’s more to Khi’leb’s palette than meets the eye.