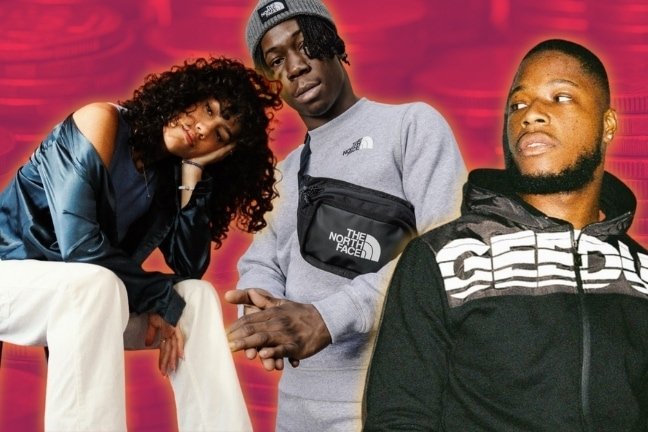 We at Week 40 of our New Hip-Hop Videos From Aus wrap; always featuring the latest and best videos from across the AU. Don’t sleep! Subscribe to our channel to be first with all the newest visuals from the AU. Which are your favs this week? Slide in the comments with your most fire clip!

Mount Druitt rapper Young6ix proves what he’s made of in his third track of the year, ‘Build Different’. Debuting last year on his ruthless drill single ‘Double O Member’ featuring Skenzo, the 18-year-old takes a similar approach for his latest offering. Produced by Pax, 6ix raps about his far from basic lifestyle over the hard-hitting drill drums and haunting piano keys and synths. Directed by Haidyn Films, the lyric video switches between coloured and B&W shots “from Mounty block to turn up shows” with 6ix dresses like his Good Fellas inspired cover art.

Becca Hatch expands her catalogue into the world of UK dance music with her first release of 2021 titled ‘Safety’. The Western Sydney artist and her talents seem to know no boundaries, from paying homage to the area in her R&B debut track ‘2560’ to collaborations with Hip-hop artists like Planet Vegeta and B Wise earlier this year. ‘Safety’ begins with Hatch’s angelic vocals singing over the atmospheric keys and acoustic guitars before the sporadic jungle-influenced percussion punctures through speakers. Produced by Willstah, i.amsolo, Chunkyluv and her Forever Ever label head, Hau Latukefu, the song first came to life in 2018 yet Hatch’s lyrics of losing control ring true more than ever in uncertain times.

The Area Movement favourite Jaecy channels his melodic tip for his second solo single of the year, ‘Break Bread’. In terms of releases, the Sierra-Leonean born artist has found himself busier than ever, following on from ‘AAJA’ and collaborations alongside Raf Reciept, Jalmar and Creed Tha Kid. On the laidback production of Kennyon Brown, Jaecy arms his Western Sydney rhymes with a melodic tip to contrast the struggles and successes throughout his journey but only he could lines like “Call my Asian plug from Cabramatta” sound so smooth. ‘Break Bread’ celebrates Jaecy’s and the entire Area’s ongoing rise to the top in the Bankstown artist’s best effort at blending rap and R&B.

Brisbane artist Khi’leb returns with ‘Voices’, his second release this year under the Elefant Traks banner. The 19-year-old announced his signing to the Sydney-based label with his uptempo single ‘Nothing New’ in July. With the minimalistic but heavy 808 obsessed production from frequent collaborator and brother Wy’es, Khi’leb opts for a darker and drill-influenced soundscape to showcase his lyrical ability. Directed by Joshua Ratahi, the music video and edits are clean and as cut-throat as the song itself, capturing the young rapper in a couple of different locations including the studio he recorded in at the 1:00 mark.

L33ze heats up the Cole world with his one-take remix of J. Cole‘s ‘Applying Pressure’. The Byron Bay lyricist has never been known to shy away from rapping laps around emcees and in his latest release, he puts his pen up against one of today’s big three in Hip-hop. Remixed from Cole’s sixth studio album The Off-Season, L33ze maneuvers through multis in fluent fashion and with expert ease on the boom-bap instrumental. Filmed by OneTime Productions, L33ze strolls through the streets rapping about his upbringing and battles with substance addiction before reaching his young family at the end of the visuals.

RINI – FOR DAYS
(Directed by BigBen)

One of Australia’s most underappreciated R&B talents RINI shares the visuals to his sensual and slow-burning new single, ‘For Days’. Earlier this year, the Melbourne talent collaborated with Dreamville duo EARTHGANG and rapper Wale on ‘Out of the Blue’ and ‘Red Lights’ respectively, in the lead up to his sophomore album Constellations. Shot in Paris, the music video directed by BigBen finds RINI singing soulfully over the softly plucked guitar strings and lush production of ‘For Days’. Much like this track, Constellations offers mesmerising and atmospheric R&B that’ll have even the coldest of hearts long for love.