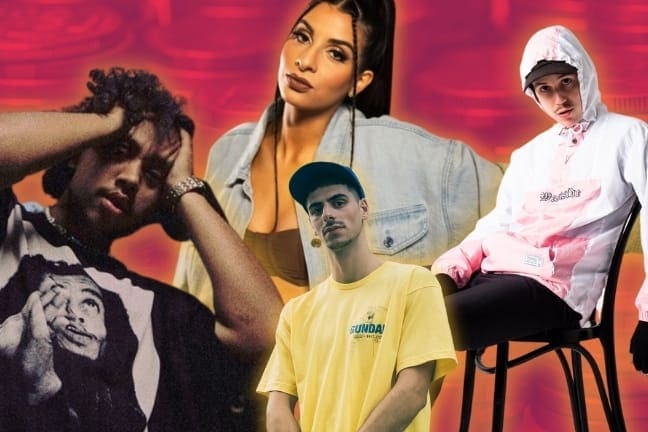 We’ve arrived at Week 38 of our New Hip-Hop Videos From Aus wrap, always bringing you the latest and best videos from across the AU. Don’t miss a clip! Subscribe to be first with all the newest from down under. Which are you into this week? Drop us a note in the comments with your favourite clips!

LISI – TIL THE DEATH
(Moonboy Studios)

With his latest track ‘Til The Death’, Lisi messages a powerful commentary on the ongoing knife violence in Goodna and beyond. Produced by IAMMXO, the young artist’s storytelling shines across the soulful strings and keys of Sygotbeatz beat. Directed by Moonboy Studios, Lisi narrates the visuals of two close friends growing up until one of them is stabbed in a street fight. The 21-year-old artist provides a unique perspective on the ongoing stabbings in the country. Almost as a prelude to his 2020 ‘Fists Up’ featuring Vicc, ‘Til The Death’ shows Lisi’s incredible growth as an artist and activist in the past two years.

In case you weren’t already missing getting sweaty at clubs or festivals, YAAK and Z.LEWIS just released their powerful new single ’10MERITS’. In this Melbourne link-up, electronic producers YAAK and artist Z.LEWIS pair their respective styles of EDM and grime for this braggadocious and booming anthem. Creating the haunting soundscape of ’10MERITS’, YAAK mixes 10th Century Gregorian chants with blaring synths and drums setting the pace for the Hackney-born MC’s high-octane lyricism. The seamless chemistry and recording process between the two is shown in accompanying visuals shot at Marshall Street Studios.

Anonymous Sydney duo ROYBOY serve up their infectious new single, ‘Ramen Bowl’. The alt-hip hip pairing made their debut last year with ‘Bread’ after winning the Triple J Unearthed DIY Supergroup comp. The spicy new track captures their unmatched energy, jumping across refreshingly entertaining flows and various vocal pitches over the experimental glitch-trap production. Directed by Ben Develin, the music video is shot at RaRa Ramen to coincide with the launch of their exclusive Ramen flavour, RaRa Royboy Royale. ‘Ramen Bowl’ continues the culinary theme of previous releases as they appeal to the mystery of this emerging duo.

NATASHA BIANCA – GIRL LIKE ME
(Directed by Haris Street)

Adelaide R&B singer Natasha Bianca presents her silky smooth debut single, ‘Girl Like Me’. The production from GWAPMANE lays an evolving R&B instrumental of soft keys and lively trap drums for Bianca to work her magic on. Through her entrancing and flawless vocal performance, Bianca reflects on the lessons learned from her past relationship. ‘Girl Like Me’ is an impressive debut from the Sydney-based artist as she juggles feelings of frustration and confusion before the chorus leads to a sense of triumph. For fans of Ariana Grande and Sabrina Claudio, make sure you don’t miss this debut from our own homegrown pop/R&B star.

BIG SKEEZ & GOLD FANG – WHERE YUH FROM
(Directed by Murli)

Sydney-based artists Big Skeez and Gold Fang join forces for their Afrobeats and Dancehall infused single, ‘Where Yuh From’. Produced by Korky Buchek and Swick, the high-energy anthem stacks the typical ragga riddim with its booming bass, twisting sfx embellishments and trap production. Captured in the Murli-directed music video, Skeez and Fang proudly rep where they’re from on the upbeat and boastful single. Skeez shares in a press statement that “the song is about embracing where you’re from and being proud of where you’re from, and also coming together as one and make some changes.”

Perth product Mali Jo$e shares visuals to ‘Nightlife’, the intro track to their debut EP, Hours b4 Sunrise. The 19-year-old has become a leading force in the west coast’s next generation of artists, alongside names like Arno Faraji and 88YAMI. In the glitchy VHS aesthetic music video directed by himself and Dylan Guy, Mali Jo$e croons over the spacey keys and pulsing bass before dropping the first verse of the project. Reflecting on his come-up and patient planning after two years since his debut in 2019, Mali Jo$e closes it out with the melodic hook singing – “Realise things take time.”