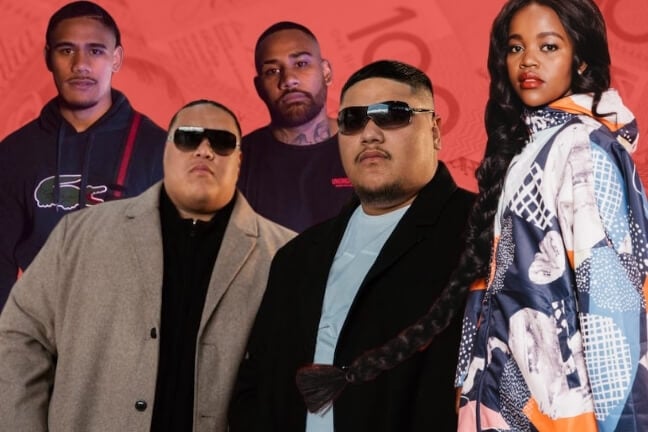 Bringing you our Week 17 favs from the New Hip-Hop Videos From Aus playlist on Youtube. Lock in, subscribe and stay updated with all the latest video drops from the AU. Which video you feeling the most? Jump in our comments and let us know!

From Sydney to Melbourne, Ljae and Drips link up for their new collaboration, ‘Profit’. Directed by Domcben Films, the two emcees deliver an imposing performance across a vocal sample-filled production. The duo’s shared upbringing finds them rapping about the paper trail from the streets of the 2 and 3k respectively. With Ljae taking care of the chorus, Drips executes one of his best verses to date, seemingly thriving on the friendly competition of his collaborator.

With ‘Syrup’ as her third release of the year, there’s truly no stopping Tkay Maidza in 2021. The Adelaide artist spits as boastful as ever over thundering instrumental with melting and distorted production. Following the release of ‘KIM’ featuring Yung Baby Tate and her cover of The Pixies’ ‘Where Is My Mind?’, the hazy music video of ‘Syrup’ is directed by Jenna Marsh and expected to appear on the third instalment of her ‘Last Year Was Weird’ series.

Zane Rosé, Perth’s exciting new voice on the scene, delivers a moody one take, ‘Betrayal’. Produced by Chunkyluv, the WA artist makes his 2021 debut with an electric performance of crooning, pitched-down vocals with lyrical content covering disloyalty and betrayal. With the plethora of talent bursting out of the 6k, Zane Rosé is, without doubt, a name to keep an eye on as he continues to exude confidence and develop his own lane.

Claymore collective, The 046, deliver their first entry to 2021 with G-Funk influenced cut, ‘My Hood’. Produced by DJ Sefru, ‘My Hood’ is dominated by croaky samples and modulated synths, revealing even more West Coast inspiration in The Last Addition directed music video. Each member raps with authority, showcasing an impressive amount of improvement and unnerving presence on the new release. The group has recently started their new label, 046 Records, so it’s likely we’ll see another active year from this emerging crew.

Polynesian pair Pistol Pete and Enzo enlist Bally Boy and LDP68 for their incredibly poignant new track, ‘F.A.M.I.L.Y’. With a cinematic film clip directed by Kevin Bar, the track finds each lyricist producing their own emotional verses while Bally Boy carries the chorus over fading drums, allow his melodic vocals to shine through. The Campbelltown duo continues to build the hype as they gear up to release their debut EP, ‘Finals’ on May 13.