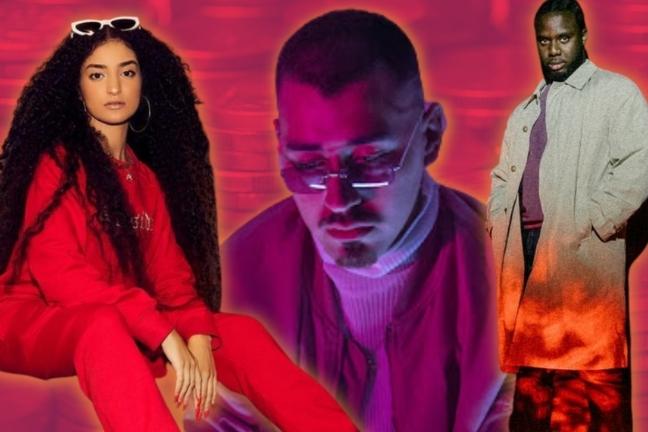 The final and 49th week of New Hip-Hop Videos From Aus 2021 has arrived; as always, showcasing the latest and best videos from across the AU. Don’t miss out! Subscribe to our channel to be the first to be across the hottest new clips. Which video are you feeling this week? Slam the comments with who had your fav clip this year…

Huskii delivers the sophomore single, ‘Heroin Rap’, from his upcoming debut album Antihero, out on February 11. The Wollongong-raised and Sydney-based artist has given this one the full treatment, sharing his 2022 east coast tour, the album’s release date and the track’s accompanying visuals directed by The Last Addition. Shot at a $17M mansion in Coogee, the 201 antihero raps over the sample-heavy, boom-bap production courtesy of TASKER and Jay Orient. ‘Heroin Rap’ is another sneak peek into the new Sydney sound Huskii has been pioneering that was first unveiled in his previous single, ‘Ruin My Life’. The 2022 Antihero Tour will visit Sydney, Canberra, Melbourne, Brisbane, Wollongong and Newcastle with support acts including Mic Pompeii and Isaac Puerile.

Sydney-via-Boston artist Raj Mahal drops his first solo single of 2021, ‘REDICLUS’. Produced by frequent collaborator Domba, the dark rap track sees Raj bring his usually uncompromising energy to deliver another addicting chorus hook. Inspired by some of his favourite Gucci Mane tracks, ‘Gorgeous’ and ‘Ridiculous’, Raj stated “‘Rediclus’ is just me understanding my worth as a person and potential impact and influence as an artist. Directed by Murli, ‘Rediclus’ is shot in black and white with fish eye lenses, glitchy edits and performing footage making up the music video. His last single of 2021 follows the guest verse on ‘OLYMPICS’ with EAST AV3 and ‘RACKS’ featuring Danté Knows.

LARA D – NO ONE
(Daniel Sabouné)

Sydney’s Lara D shares a live performance of her only release this year, ‘No One.’ Featuring on The Voice in 2019, the R&B singer has released a handful of tracks since, with ‘No One’ being the most recent. In the new music video by Daniel Soubouné, she’s captured on the Sydney Harbour performing alongside guitarist Dan Maher. Drawing more attention to the power of her vocals in this stripped back version, Lara D’s contemporary sound is akin to the likes of Kehlani and Alicia Keys. It’s exciting for ‘No One’ to be such a standout from the young artist’s discography, hinting to all the new singles we could see in 2021.

Wombat unveils ‘Ramen Noodles’, his first solo entry to 2021 and the latest track off his debut EP Chainsaw Man. The Tasmanian terrorizer closes out a year of feature verses and his YouTube series, Wombat Wednesday’s, with a new single produced by Stu Bangas. Over the villainous instrumental of ‘Ramen Noodles’, Wombat proves his lyrical prowess once more rapping multi after multi, even to his own heartbeat. The music video directed by Bailey Jackson spans across a handful of eerie greenscreens, running only two and half minutes long with Wombat refusing a second verse. Guess we’ll just have to wait till Chainsaw Man in 2022.

Frequent collaborators Jordan Dennis and JUJO come together under the Fly Boy Jack alias to present their new mixtape Issue Zero. Fly Boy Jack draws inspiration from afro-futurist cartoons like Afro Samurai and The Boondocks, and notable rap duos like Outkast and Run The Jewels. For the halfway point of the six-track project, the duo link with fellow Melbourne artist C000kie on the soulful rap cut, ‘City Move’. Directed and animated by Otto Palmer-Fuog and Jordan Dennis, the music video adds to the evolution of their five-day lockdown creation into a cohesive and colourful showcase of their chemistry.

JALMAR – MI CARIÑO FT. JOANNY
(FOR YOU BY I)

The Orchard signee Jalmar closes out his incredible break-out year by enlisting Joanny for ‘Mi Carińo’. The apologetic R&B track is the fourth single from the Melbourne artist, following on from his previously released joint, ‘La Fiesta’ featuring Jaecy.  Produced by Younique, Jalmar’s Latin influence shines through as he melodically pours his heart out over the piano, synths and afrobeats drums. Directed by Brian Hughes, the music video follows the Chilean artist driving through the city – late night and in low light. Debuting earlier this year with ‘Mijo Rico’, Jalmar has been one of the breakout artists of 2021.