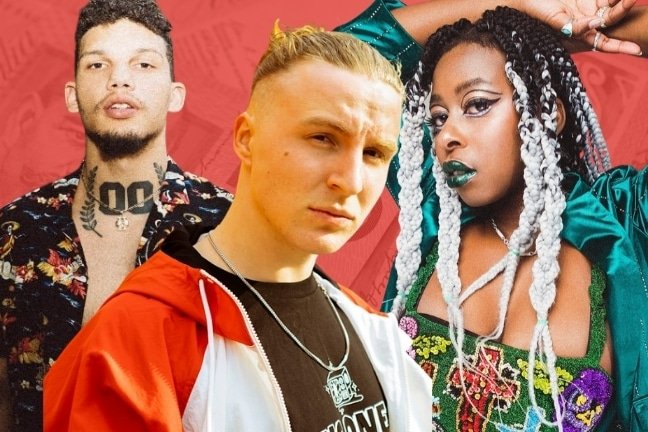 Bringing you some of our Week 12 favourites from our New Hip-Hop Videos From Aus playlist on Youtube. Be sure to subscribe to keep up to date with all the latest clips from the culture. Slide in the comments section and let us know which clips you’re digging this week.

One of Brisbane’s busiest Nerve, drops visuals to his latest track, ‘Missed Calls’. Nerve has always been one to extend his sonic portfolio with every release, building a catalogue of Grime, Trap and Electronic influence. This time round, Nerve keeps his verses as sharp as ever and experiments with his singing during the chorus. The Skaro Beats‘ produced ‘Missed Calls’ proves the all-round artistic versatility of Nerve that we’ll come to see more of on his forthcoming EP ‘Australian Horror Story. ‘

Two of Melbourne’s young upcomers, VV-Ace and Juice Armani, link up for their silky trap hit, ‘Nobody Safe’. Directed by Visionaire Media, the music video captures everyone dressed head to toe in black with pink balaclavas for the pop of colour. Though VV-Ace and Juice Armani are only early in their careers, ‘Nobody Safe’ is a promising display of their collective and smooth delivery and chemistry. Despite being only three months in, both artists have dropped work and don’t look to be slowing down on delivering catchy and irresistible trap melodies.

Say TrueGod? makes a proud Tongan anthem in ‘How It Is’ featuring Dub.T. With production from DIMES, the brass dominated tropical Trap beat is provided with visuals from QLD based videographer Ruffpops. With Tongan flags and colours in every shot, the track finds the two Brisbane rappers heartily delivering bars on their pride for heritage and area code. Last year saw Say TrueGod? released his ‘3piece‘ EP and a pair of singles but 2021 is looking to be an even bigger year for the emcee.

Double O Smoove delivers new visuals to his February-released heater, ‘Beat The Box’. After a content heavy year in 2020, dropping his ‘Covid Care Package’ and ‘Throwaways’ projects, Double O Smoove hasn’t let this get in the way of quality of the music he’s putting out. This latest is a boastful and striking display of the Melbourne artists’ talent, irresistably catchy while flexing over the Spottem Gottem x DaBaby instrumental on what might be his statement of arrival.

Melbourne artist Kye returns with her neo-soul heartbreak ballad, ‘Sometimes’. After a relatively quiet 2020, Kye and her remarkable song writing and vocal skills are welcomed back in the new Sanjay De Silva directed music video. ‘Sometimes’ is a sincere blend of R&B and neo-soul, touching on the frustration of having good relationships that just don’t work. While Kye burst onto the scene in 2019 with her ‘Good Company’ single, there’s a solid case for 2021 being the Melbourne stars’ breakout year. Kye’s debut EP of the same name is set for release later this year.

The South Perth collective FMB feeling worry free in their new track, ‘Problem’. Produced by Sygotbeatz, ‘Problem’ is a mellow street celebration that sees Bigjay handling the songs chorus and first verse with an ode to family and area. Siana enters the Just Play Media directed music video with lyrics on loyalty and brotherhood. The guitar and drums fall back as DannyT begins his final verse – a definite highlight of the new FMB track. It’s hard not to love the family themed summer tunes that FMB have been dropping.