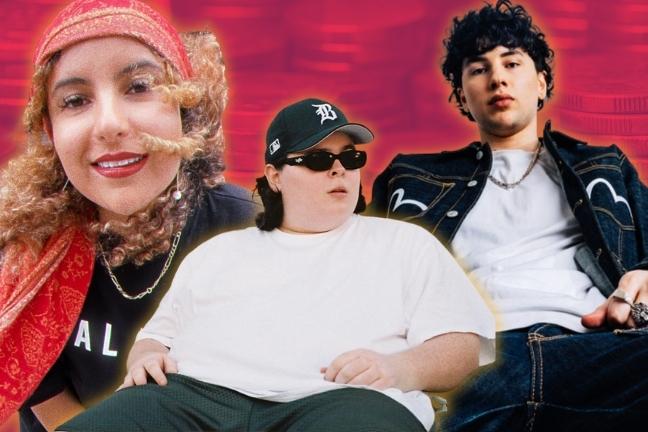 Week 47 of New Hip-Hop Videos From Aus doesn’t disappoint; as always, bringing you the latest and best videos from across the AU. Don’t miss out! Subscribe to our channel to be the first to be across the hottest new clips dropping. Which video are you feeling this week? Slam the comments with who we should be featuring…

Mason Dane has captured the Australian hip-hop scene over the last few months, becoming one of, if not the most highly regarded up and coming artists in the country. His latest track ‘Stay Down’ is an acknowledgement of the haters and an invitation for the groupies, following his biggest single to date, ‘Dash’. In typical fashion, Mason melodically slides on the bass-heavy beat produced by Liam Thomas but he also showcases more bars than usual. The Last Addition music video gets the whole team together for a Newcastle cook-up including Creed Tha Kid, Oliver Cronin and Mason’s Dad who bombs the pool from the roof for the final hook.

Nardean pens her love song to Western Sydney with a warm new single, ‘Westside’. Written, recorded, filmed and edited all in less than a month, Nardean’s vocals ring out over the mellow guitar strums with her lyrics capturing her memories of growing up in the area. As part of a competition for the Parramatta Lanes Festival, ‘Westside’ is accompanied by an Adam Dostalek-directed music video that pays homage to her roots, as she laughs alongside friends, enjoys the nightlife, eats good food and continues to put her city on her back. Nardean has always repped her city and as she continues to grow, her hopes of inspiring other creators from her hometown grow alongside her.

66 Records signee Babyface Mal has been heating Melbourne up with his string of fiery drill singles including his latest offering, ‘Daughters & Sons’. The 22-year-old is really one of the most unique drill artists out there, complimented perfectly by Nick Rae‘s own unique vision for the music video. Mal executes some crazy cadences over the beat, with equally fast-paced edits from the help of FunFilms making ‘Daughters & Sons’ a collaborative expression of Melbourne’s ever-evolving style and talent.

Soundtracking the season, Young Franco and Tkay Maidza‘s ‘Real Nice (H.C.T.F)’ featuring Nerve is the official A-League anthem. The high-tempo, catchy track is littered with football references from the three artists, hailing from cities across the country including Sydney, Adelaide and Brisbane. The cross-country collaboration is directed by Gabriel Gasparinatos who pairs game footage with shots of Franco working his magic behind the scenes and Tkay delivering the infectious hook and tagline of the 2021/22 season. As Nerve tunes in to finish the track off with a short press conference verse, ‘Real Nice (H.C.T.F)’ is a showcase of hip-hop seeping into Australia’s mainstream.

Sahxl has already received extremely high praises, and with his fourth single of the year title ‘My Mind’, his stock keeps rising. Offering the crisp and cinematic production we’ve become accustomed to from Sahxl, with credits including Prince Amir and Mixed by Mistri, ‘My Mind’ is a love song that rings true to the title, taking you inside his mind and feelings towards an ex. Paired with a music video directed by fellow 506 collective member ASHI, it presents visuals of substance abuse, mental health and suicide – perfectly executing the darkness the song portrays.

Western Sydney drill enforcer Nasa Nova leaves little to the imagination on his sophomore solo single of the year, ‘The Life I Live’. Fresh off his feature on Ay Huncho‘s Gangster Before Rap EP, the fellow Biordi signee now unleashes over the Colcci-produced drill instrumental. Coming for the necks of anyone pretending to be about it, Nasa reflects on his street life with vicious bars emphasised by beat cuts, heavy 808s and running piano notes. The music video by Cerne Studios finds the boys all hyped up on ‘The Life I Live’, a track that’ll get even the calmest cat going crazy.