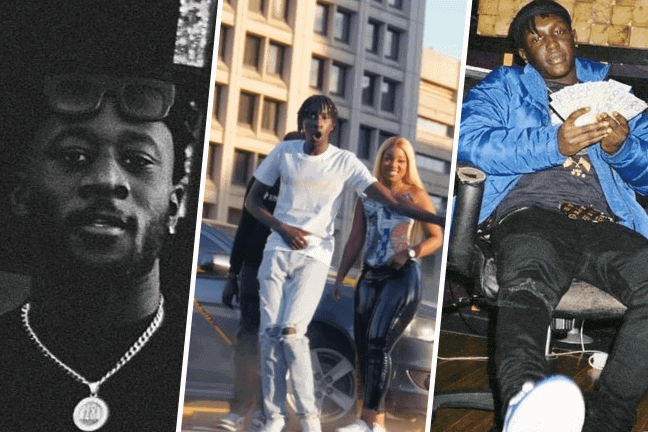 Check out the very best visuals from the AU weekly in our New Hip-Hop Videos From Aus playlist on Youtube. Updated daily, jam packed with the latest drops from the culture. In case you haven’t had a chance this week, we’ve written up our Top 5 for you to check below. Which one is your favourite? Let us know on socials .????

MANU CROOKS – BASTARDS
(JAEN COLLECTIVE / AARON BULL)
He’s back in a big way. Manu Crooks might not have been very active in the last twelve months but he continues to deliver quality over quantity. A unique, unmissable cadence over production that 2013 Yeezus would be proud of. Black and white flashes. Baseball bat swings. Sydney cameos. Everything this guy does is a movie.

SVNO – LIKE WE DO FT J EMZ
(SONDR. FILMS)
SVNO from Planet Vegeta laces this Suga Suga like beat with hauntingly beautiful vocal runs surrounded by family and associates from the extended Polynesian community. ONEFOUR‘s J Emz comes through with another solo feature powerfully lamenting his situation while up in church. This promises to be one of the biggest joints of 2020.

SWISH MUSIC – BLOW
Another cypher / crew cut from QLD collective Swish Music foreshadowing their impending come up. Heap of action packed into less than three minutes, a catchy hook ties together a some sharp verses. Keep an eye out for the Unamii numbers scheme which steals the show.

ECO$YSTEM – FESTISH
(BRAYDEN FUNFILMS)
The latest banger from the 66 Records signee shows him ganged out at Melbourne Hip-Hop HQ Marshall Street Studios flexing his festish for money. Heaps of cool edits and cuts in a style reminiscent of early Young Thug makes this one go even harder than just the audio.