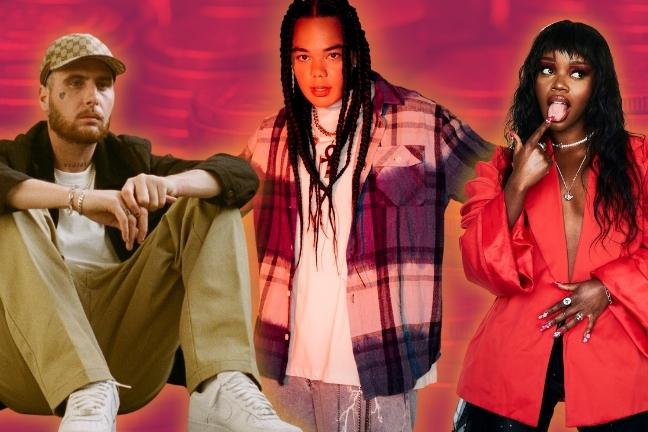 Week 45 of New Hip-Hop Videos From Aus might be the biggest one in 2021; as always, bringing you the latest and best videos from across the AU. Don’t miss out! Subscribe to our channel to be the first to be across the hottest new clips dropping. Which video are you feeling this week? Slam the comments with who we should be featuring…

Huskii marks the beginning of a new era for Sydney’s sound with his first major-label release ‘Ruin My Life’. From his highly-anticipated upcoming debut album Antihero, the 201 goat spends the first half of the track in his braggadocious bag, bending bars over TASKER‘s gritty and eerie instrumental. When the beat flips into something faster and more aggressive, Huskii returns to his classic lyrical themes of substance abuse, mental health and providing for his family. Paired with a cinematic B&W music video directed by Selina Miles, ‘Ruin My Life’ unveils the levels of his developed and inimitable artistry. Speaking on the track Huskii stated, “We pushed the music in the exact direction my whole discography has been leading up to.”

Jesswar and Erica Banks get the whole club shaking with their confident new collaboration, ‘BAD LIKE RIRI’. Hot off the release of her TROPIXX EP, the Brisbane-based artist continues her fiery 2021 run by enlisting Texas rapper Erica Banks for her latest single. With prod. by r.f.p handling the distorted and bass-heavy trap instrumental, Jesswar delivers a simultaneously boastful and empowering performance through her ever-witty and sharp lyricism. Quickly sending the verse back within a day, Banks channels the anthemic energy from her viral TikTok song ‘Buss It’ for her feature verse. Directed by Jon Baxter, the Fijian/Australian artist is surrounded by an all-female cast for the accompanying music video.

As one of the more underappreciated OG’s of Australia’s next-gen, Lil Spacely shines on his first solo release of the year, ‘Sun Cap’. Following on from his collaboration with Akfrm600 and RahimDreamz on ‘Top Tower’, and the ‘Husky’ remix with A.Girl, Big Skeez and Project Peters, the Western Sydney artist steals the entire spotlight for his first solo track since ‘Excuse Me’ last year. Spacely finds himself flexing and reflecting on his hustle since his 2017 debut over the triumphant and hard-hitting trap production by i.amsolo. The music video directed by Ben Montague films the artist fresh out of the studio with yellow subtitles so you don’t miss a single bar.

Breakout Brisbane artist Sparky tackles his solo debut with an introspective and melodic new single, ‘Secrets’. Produced by Wavy Szn, the guitar-heavy trap instrumental follows a similar but slower approach to his first release earlier this year titled ‘Changed’. Reflecting on harder times, Sparky raps about the give and take of the hustle and drops a catchy and hopeful hook for the single’s chorus. Directed by Zac Cumberbatch, the visuals for ‘Secrets’ depict Sparky posted up next to the Range Rover, with a variety of different shots and spinning edits. As his fourth release to date, ‘Secrets’ shines the spotlight solely on Sparky and he hasn’t wasted the opportunity.

TKAY MAIDZA – ONTO ME FT. UMI
(Directed by Roxana Baldovin)

Tkay Maidza shares her retro music video for ‘Onto Me’ featuring Seattle R&B singer UMI. From the final edition to her trilogy of Last Year Was Weird EPs, the Adelaide artist sings honeyed melodies alongside UMI over Dan Farber and Two Fresh’s production. The smooth R&B collab is now paired with a music video directed by Roxana Baldovin that finds Maidza attending a retro house party. The end of the LYWW series (2018-2021) also marks an extremely exciting beginning for her with fans across the AU and abroad eagerly awaiting her next full-length project. The glistening single ‘Onto Me’ is not only a highlight from LYWW3 but the entire trilogy too.

20-year-old MA Rated samples Daniel Caesar for a love song of his own in ‘Trust In Me’. Originally producing beats, the Mount Druitt artist has carved a lane for himself in the expanding world of hip-hop and pop hybrids. On ‘Trust In Me’, MA offers his soft vocals and infatuated bars to Sygotbeatz soulful pop-trap instrumental. One of the most entertaining things about MA is his choice of releases so far, from a Western Sydney link up with DSP on ‘Crazy’ to the Olivia Rodrigo-sampled ‘Someone New’ and the Afro-infused ‘Medicine’. Now with the new single and its music video directed by Helen Naisara & Josh Shot That, ‘Trust In Me’ is his best work yet.