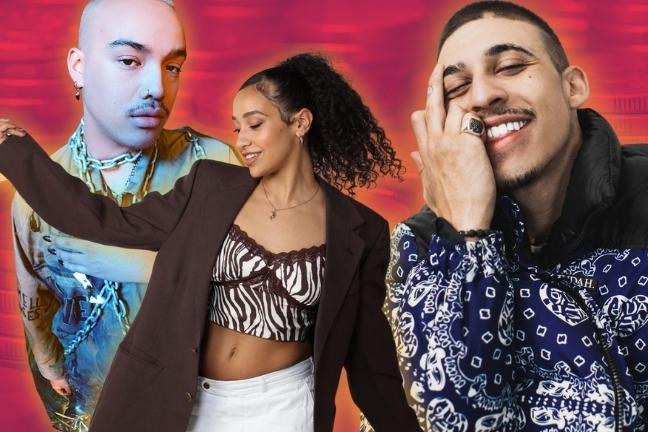 Week 44 of New Hip-Hop Videos From Aus has landed; al always, bringing you the latest and best videos from across the AU. Don’t miss out! Subscribe to our channel to be the first to be across the hottest new clips dropping. Which video are you feeling this week? Slam the comments with who we should be featuring…

Chillinit gears up for the season of giving with ‘Bad Santa’, the third single from his forthcoming album Family Ties. The 420Fam father disregards a chorus for the one take track, filling every beat of BADRAPPER‘s golden-era and sample-driven production with a blitz of tight wordplay. Shot by The Last Addition on Chill’s hometurf of Sydney, ‘Bad Santa’ is one of the 20+ tracks and many styles that will be featured on his third album. Though he kicked off the year with the drill-influenced ‘Henny & Reefer’, followed a couple of months late by his sentimental single, ‘Susan’s Son’, it hasn’t stopped Chillinit from returning to his roots of spitting intricate and referential bars.

Melbourne artist Kiid Spyro shares visuals to his new melodic trap single, ‘Same Shit’. The 19-year-old returned in 2021 with his high-octane single ‘Hop Out’ and hasn’t let his foot off the gas since. Speeding into his latest work, Spyro sings melodies of his success over the guitar-lead trap instrumental produced by Omer and Nash. Collaborating with Melbourne director Nick Rae to shoot the MV over 2 days in lockdown, the young musician performs across backdrops of blue and green, surrounded by caution tape and shattered mirrors. With listeners tapped in from across the world, Spyro has quickly ascended past the local market in his three-year run but recent offerings like ‘Siamese’ and ‘Same Shit’ is steadily helping him to attract a swarm of AU support.

Melbourne’s dynamic R&B scene is on display yet again with CD‘s latest single ‘Catcha Grip’. From the western suburbs of the 3K, the alt-R&B soulstress returns from previous tracks ‘Me Too’ and ‘Mr. M.I.A’ to deliver her empowering collaboration with another exciting talent, Pania. Produced by Sydney’s SOLLYY and mikki from preston, ‘Catcha Grip’ sees both singers bless the soft keys and slow drums with their smooth melodies of self-love. Directed by Khushi Patil and Renee Kypriotis, the music video offers slow-paced and slick B&W visuals to the merging sounds of R&B, soul and lo-fi.

Melbourne trio Hi Trax level up on their EP’s title track, ‘Enter The Food Chain’ featuring Tasmanian favourite Wombat and Leeds lyricist Dialect. Consisting of producer RaptorHandz and emcees Joe Snow and Sinks, Hi Trax have returned after their two-year hiatus to deliver their second EP, succeeding their first titled Megalodon Music. For the EP’s lead single, released via Scratches Records, RaptorHandz lays down the sonic battlefield of dream synths and garage drums for the four rappers to go head to head on in a friendly but fiery competition. With the visuals arriving alongside the EP, the music video brings their vicious lyricism to life in an ‘80s arcade game animation by Sam Clouston.

Brisbane act Creed Tha Kid slides in with his second solo single of the year, ‘SAY!’. The young QLD talent has been one of the most consistent melodic trap artists in the country for some time now, with his 2021 work including the 808-sliding ‘BANKROLL’ and collaborations with Jaecy and Mason Dane. Adding to his already exceptional resume, Liam Thomas and Mess have produced the ear-pleaser that showcases Creed’s catchy flows and impressive vocal inflections over the short guitar notes and punchy drums. The single is accompanied with a music video directed by Jacob VP and Halfofnothing who include immersive VFX and colourful shots of the soon-to-be global star.

BOY SODA – WELCOME TO THE GLOW UP
(Bones Collective)

Closing out this week is the rising talent BOY SODA with his infectious and inviting new single ‘Welcome To The Glow Up’. Following the affectionate ‘LOVEU2BITS’ from earlier in the year, the Sydney-based artist focuses his love inward for the R&B and hip-hop hybrid of ‘W2TGU’. Produced by Korky Buchek, BOY SODA’s melodies melt over the warm synths and guitar chords to create an undeniably bouncy new ballad. In the Bailey Watts-directed music video, BOY SODA finds himself in a vibrant and hazy hallucination where he meets his panda alter-ego. ‘W2TGU’ is an exciting example of the ever-expanding local R&B sound, something we’ll BOY SODA explore more on his upcoming five-track debut EP, The Glow Up.