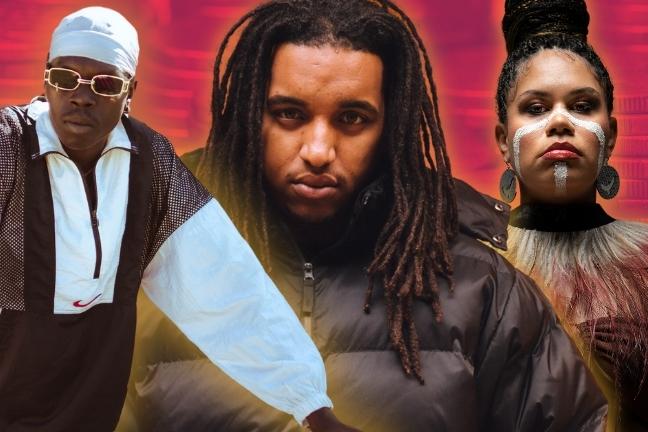 Week 48 of New Hip-Hop Videos From Aus and the festive season is here; as always, gifting you the latest and best videos from across the AU. Don’t miss out! Subscribe to our channel to be the first to be across the hottest new clips dropping. Which video are you feeling this week? Slam the comments with who we should be featuring…

Perth-based Shadow scores a 2021 hattrick with his third solo release of the year, ‘Relocate’. The Golden Era Records signee stays true to the equally bass rumbling sound delivered in his earlier 2021 drill singles including ‘Flirty’ and ‘Tom and Jerry’. Produced by NewWaveBeats, the South African born artist boasts his independence and hard work over the sharp piano notes, heavy bass and punchy percussion. While Shadow has been holding down WA since his single debut in 2018 and the Cream EP a year later, he stated on an Instagram post sharing the Just Play Media music video that ‘Relocate’ is just the beginning.

BIG SKEEZ – UP
(Directed by Murli)

Western Sydney star Big Skeez closes out a flawless 2021 with his sophomore solo single ‘Up’. Signing to NLV Records earlier this year seemingly sparked the start of an incredible streak for the Afro Swing artist including anthemic collaborations with labelmates FOURA and Gold Fang, and his major label debut ‘No Trace’. In his latest track, produced by Swick and written with Tom Elliot (one half of Korky Buchek), Skeez vibes over the melting pot of garage, rap and afrobeat sonics. ‘Up’ is paired with an authentic music video directed by Murli showcasing Skeez and his friends as they uplift each other, ringing true to the motivating lyrics of the chorus.

This is a moment we’ve all awaited since her breakout last year but Barkaa now delivers visuals to the empowering title track of her debut EP, Blak Matriarchy. The Malyangapa and Barkindji artist proudly raises the middle finger “to all the people who discriminated against me and who were racist towards me growing up.” The music video directed by Selina Miles celebrates Blak women and culture with cameos from Barkaa’s family and other Indigenous matriarchs. Blak Matriarchy is the penultimate release in Bad Apples‘ #MobRule series that includes Kobie Dee‘s Gratitude Over Pity and Nooky‘s Lyrebird Park.

BALLY BOY makes his return with ‘Against All Odds’, reflecting on the trials and tribulations he’s faced since releasing his debut EP Local Lunatic earlier this year. The Biordi Music signee has been juggling between the budding beginning of his music career and the consequences of his personal life. On the BeatsWithSheph produced track, the pensive piano chords and trap drums find Bally delivering his signature fusion of rapping and singing. With a music video by Skylake Media, the visuals continue the narrative established in previous releases like ‘Cops & Robbers’ and ‘Necessary’. ‘Against All Odds’ is a strong comeback for the young artist to finish 2021 on top. Welcome back Bally Boy.

Sydney’s new hitmaker Sa!txero strikes again with his latest single, ‘GHOSTS’. Produced by Sid Mallick, Sa!t’s confidence rings the loudest over the eerie synths and unrelenting trap drums of his fifth 2021 release. The music video is directed by Navsrevenge, frequent collaborator of Sahxl, who delivers energetic and red-lit visuals of Sa!t and his team. While still only young, Sa!t executes a range of flows filled with boastful lyrics and delivers them in a convincing fashion. The Sydney artist closes out a fantastic year with ‘GHOSTS’, backed by the previous releases that have readied him to take on 2022.

George Myer drops Santorini’, the first single since the release of his debut album G1 earlier this year. The Melbourne artist and OneHouse Story Company hosted a screening premiere for the track at Village Cinemas in Doncaster on Monday. Directed by Finegan Sampson, the cinematic music video finds Myer flying jets and singing over the EROS-produced melodic hip-hop track. ‘Santorini’ is his biggest release yet and with his witty lyricism and raw vocals, its one you’ll keep coming back to. Despite his age and time in the scene, Myer’s is making moves like a veteran this year – releasing an 11-track album and, as the cherry on top, finishing 2021 with a fresh new heater and incredible visuals.