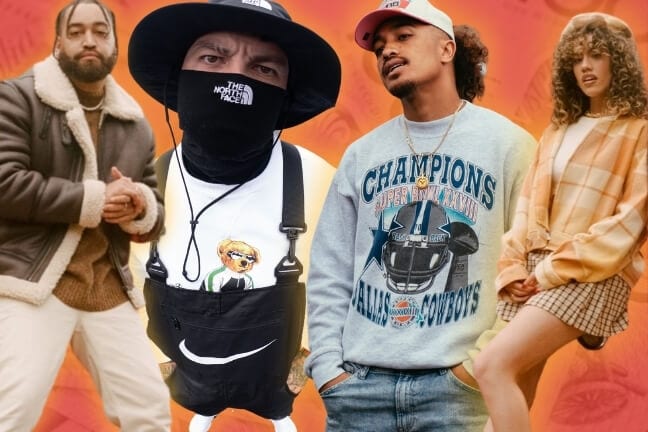 Running up to Week 24 of our New Hip-Hop Videos From Aus feature – wrapping up the latest and best clips to drop from the AU. Don’t miss a clip! Subscribe now to our Youtube playlist to be first updated with all the latest visuals. Which video you into this week? Let us know in the comments on socials!

Mitchos Da Menace describes his ‘Battles’ with love on a new track featuring Ray Pelka. Mitchos is keeping the energy up following the release of his fourth project, ‘Pray For Them‘, and the Western Sydney rapper enters 2021 with a track full of aggression, regret and a barrage of bars. Produced by BlakeBeatz and ESPA, ‘Battles’ is almost a sinister version of his previously released ‘No Good For You’. Over the instrumental’s watery keys, Ray Pelka’s shaky and euphoniously dreary vocals alleviate listeners from the pictures painted by Menace’s hard-hitting delivery. Mitchos Da Menace’s previous project revealed an impressive leap in artistry, and ‘Battles’ moves this thought forward again.

Perth’s top lyricists Mysc, Cortext, Complete and Bitter Belief show ‘No Mercy’ on this latest single. After AUD’$ prediction earlier in the week, Mysc proves that lyricism is truly making a comeback as the next wave in the scene. The Dropshot Media music video finds the four WA dons in a meeting of the minds, each flexing their lyrical caliber. Mysc says himself, they’re truly just bullies on the beat. ‘No Mercy’ is a formidable display of the talent pouring out of Western Australia with its piercing punchlines, multis and threatening hook. The single will be released on Mysc’s ‘Exile Child’ album, dropping later this year.

‘B The One’ is a powerful team-up between Sydney artists, B Wise and Becca Hatch. The soulful new single combines the R&B strengths of newcomer Becca Hatch, with the consistent bars we’ve come to love from B Wise. While it’s Hatch’s second release of the year, ‘B The One’ is B Wise’s first drop of 2021, following his joint ‘Won’t Stop’ with ONEFOUR, and adds another brick into his tower of versatility. Directed by DENISON, the music video finds the pair exploring the autumn countryside in a red Ford Mustang. ‘B The One’ is a pairing that just works.

Sydney-based Kennyon Brown provides a love-struck R&B hit to keep you warm throughout winter. ‘Beretta’ is the second release from the NZ-born singer this year with its accompanying Kreezy Visions-directed music video bringing the love story to life. With soft guitar plucks and clapping snares, ‘Beretta’ showcases KB’s effortlessly suave vocal style. Kennyon Brown has already found himself commercial success with his vast R&B catalogue over the years, but with ‘Beretta’ already stuck on repeat, he proves that there’s still plenty more to come.

Smak brings the boastful Brissy energy in ‘Mood Swings’, marking his gloriously unforgiving return from hiatus after building his studio and working on a new body of tracks. Handling the production, mixing, and mastering, ‘Mood Swings’ finds Smak talking his shit – “I’m putting Brissy on my back and that’s till day I die.” Directed by No1 Network’s Kyel Golly, the film clip switches locations from the rapper’s live shows, QLD’s capital and Inner Sanctum Barber Shop. Like many of Smak’s songs, ‘Mood Swings’ will shake the roof off any venue with its blaring horns and pummeling percussion; and builds the excitement for his debut project on the way.

Sahxl moves one step closing to blowing up, in his passionate new track ‘C4’. Produced by The Kid Laroi’s frequent collaborators Khaled Rohaim and Haan, their expertise allows Sahxl to deliver smoother vocals and offers him the edge in the melodic Trap world. With the music video directed by NavsRevenge, Sahxl’s latest single has no time for distractions, with full attention fixated on his inevitable blowup. For just 18 years of age, Sahxl has shown a convincing maturity in sound that continues to develop with every release.