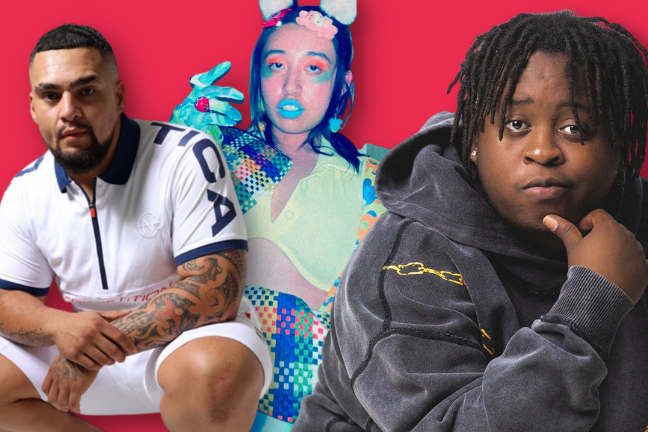 A week of heavy-hitters handpicked from our New Hip-Hop Videos From Aus playlist; as always, highlighting the latest and best videos year-round from across the AU. Don’t miss out! Subscribe to our channel to be the first across the hottest new clips. Here are a few of our weekly favs but there are hundreds to watch in our Youtube playlist! Which video are you into this week? Slam the comments with who we missed…

ARNO FARAJI – ON THE MOVE
(Directed by Brendan Cecich)

In his first solo effort in two years, Perth’s Arno Faraji returns with a funk-infused new track titled ‘On The Move’. The Zimbabwe-born rapper-producer has been steadily preparing his #FARAJISZN since his last solo single ‘Bass Jumpin’’, collaborating with the likes of Kwame, Yibby, Two Another and Just A Gent. In the Brendan Cecich-directed music video, Arno vibes over the bouncy basslines and dynamic production of Young Franco and Xavier Dunn. Speaking on the song, he said it’s about “finding a balance between being in a grind mindset while still enjoying all the little moments that make up the ‘process’.”

Ay Huncho leaves nothing to the imagination on his latest single, one of the most explosive diss tracks in AU history. His two-piece EP titled Enemy Of The State finds him explaining his current legal situation over the Spanish guitar licks of ‘Most Wanted’, and unleashing a barrage of bars directed at his Western Sydney counterparts on ‘Putrid Shit’. Shot alongside his crew in the Cerne Studios music video, the Biordi Music artist is not afraid to name drop throughout the Boss Beats-produced track. While fans can easily be enamoured by these kinds of rap beefs; it’s important to remember that this runs deeper than just rap music. We hope everyone stays safe.

The Sydney-based fourpiece Triple One announce their new mixtape and share its first track, ‘Gunshow’. Just when you think you’ve figured them out, Triple One throw another curveball into their diverse and experimental discography. Taken from their upcoming project A Dangerous Method Vol. 1, their latest is an electric fusion of drum and bass, hip-hop and rock. Obi and Marty distortedly deliver their verses over the punchy drums and impressive production of Billy Gunns while Lil Dijon once again brings it all together with his euphoric vocals. The COME OVER national tour kicks off the day after the mixtape’s release on April 9 and will be supported by Mulalo, Siala and Yeloboi Tommy.

A. GIRL – GETTING OLDER
(Slippn)

Western Sydney’s leading woman A.GIRL debuts 2022 with ‘Getting Older’. The Maori artist has attracted a swarm of mainstream attention in the last year from working with Jaecy and Sydney Yungins to recently appearing on triple j’s Like A Version segment. While ‘Getting Older’ may serve as a commercial debut for the 22-year-old rapper/singer, the BeatsWithSheph-produced track is also a vehement reminder that she’s no stranger to the scene. The music video by Slippn follows her and two friends at the golf club and convenience store as she offers one of her smoothest performances, blending R&B, hip-hop, reggaeton and pop.

Teaming up with songwriter-producer Taka Perry, Asian-Australian MUNGMUNG shares her debut EP and visuals to its title track, ‘Main Character’. The six-track project features a collection of lively R&B and rap cuts including previous releases like ‘DMs’ and ‘NASCAR’. Mashing up Street Fighter and Grand Theft Auto in the accompanying video-game music video directed by Raghav Rampal, the Sydney-based artist delivers a colourful flurry of flows in both Mandarin and English. Main Character serves as the perfect introduction to MUNGMUNG, capturing her “humour, cheekiness [and] love for nerding out on music shit like chords and phat 808s.”

Brisbane artist Say True God? flips JMB Juvie’s ‘Wicked’ for his second release of the year. Following his high-octane ‘OFF TAP’ collaboration with producer Dimes earlier this year, the two connect once more. The first verse was originally shared to IG and TikTok in November 2021 where he raps about his upbringing and providing for his family. In the Yissa-directed music video, the Indigenous and Polynesian rapper takes you to backyard Brissy and closes the track out with an additional verse. Since his debut year collaborating with Lisi and Calvin Pritchard, Say True God? has continued to level up.