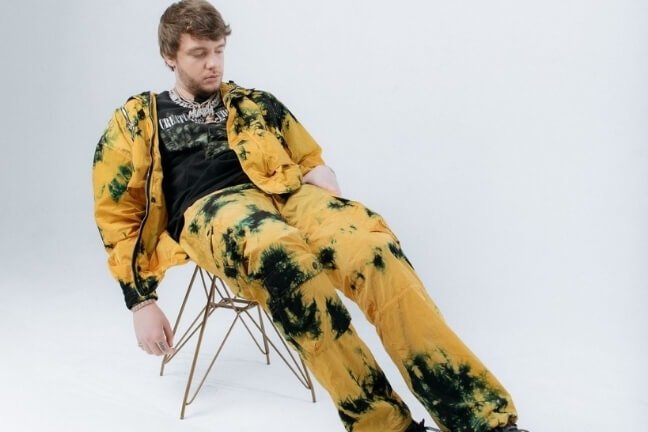 Born in Ontario, Canada in 1994, Shane Lindstrom a.k.a Murda Beatz has become one of the most prolific and recognisable producer-artists on the planet. Instrumental in the rise to dominance of Trap during the 2010’s, his iconic producer tag has been behind some of the biggest names in hip-hop, from the likes of Migos and Travis Scott, to Nipsey Hussle and Nicki Minaj.

The story of how, as he puts it, “a white boy from Canada” made it to the top of the hip-hop game is one of pure hustle and determination. Growing up in a household where rock was the staple genre, his natural inclination for backing himself saw Lindstrom go against the grain early on; “Everyone in my family wanted me to play guitar, but I just wanted to play drums. So that had a big influence on me liking rap music.” he recalls.

It was this strong-willed, purposeful nature which saw him not only begin exploring the world of hip-hop production via every producer’s favourite free DAW FL Studio, but also diving head first into the culture as a teen, packing up and moving solo to Chicago to chase his dream. “You really don’t know how reckless you’re living at a young age until you grow up…” It was there, in Chicago, the OG home of drill music where he moved amongst the likes of Chief Keef and Lil Durk, hustling both online and in person just to make his way into the inner circle of the city’s rap talent and showcase his beats.

The first significant breakthrough came via working with the Migos, the Atlanta trio of Quavo, Offset and Takeoff were at the forefront of popularising Trap culture from 2013 onwards and it was the booming 808 production and crisp hi-hats of the still relatively unknown Canadian that helped contribute to the sound becoming global. Murda reminisces that the iconic ‘Dab’ dance which took all corners of the world by storm later in the decade, was debuted in the clip for ‘Emmitt Smith’ which he produced. It wasn’t until it was popularised in ‘Pipe It Up’ (also produced by Murda Beatz) that the craze took off, however the foundation for Trap’s dominance, and subsequently his own reputation for production, were firmly laid.

Though now an international star as both a producer and DJ (with an extensive rider), Murda Beatz remains humble to the core, acknowledging his faith in God and his regular practice of gratitude as keys to keeping him grounded. It was in 2018 that ‘Nice For What’, the collaboration with Drake, with its’ nostalgic Lauryn Hill sample and UK garage aesthetic, took the name Murda Beatz to legendary status, going 5 times platinum and becoming the first song ever to top the Hottest 100 in four non consecutive runs (for a total of 8 weeks). The eccentric work rate and self-belief has only grown since as he’s developed his career beyond that of merely a producer / DJ, into the realm of label owner and entrepreneur. It’s this go-getter attitude and commitment to opportunity that has seen him tour the globe extensively, twice visiting Australia for DJ sets at the inaugural Rolling Loud Australia, and most recently at Festival X in late 2019.

“I love the Australian music scene…” he confesses, having a particular affinity for teen sensation The Kid LAROI.  (with whom there is music in the works) as well as ONEFOUR (who he brought out on stage at Rolling Loud Australia prior to their global notoriety). Recently however, as he continues to expand his horizons, Murda Beatz’s production credits have been listed behind pop icon Ariana Grande, and prodigious Baltimore emcee Shordie Shordie.

From humble beginnings to bringing out the legendary DMX on stage at Coachella, he’s fully aware of the impact his story can have on aspiring young kids. “I don’t want my legacy to ever end,” he states bluntly. The fact that a kid from Canada can build a bigger than life brand and win the respect of his idols, through nothing but hard work, is a testament not only to his identity but to the culture he calls home. “I want kids to know my story and to inspire them…”

Watch the full interview between Junor and MURDA BEATZ below via our Youtube channel and be sure to subscribe. ?