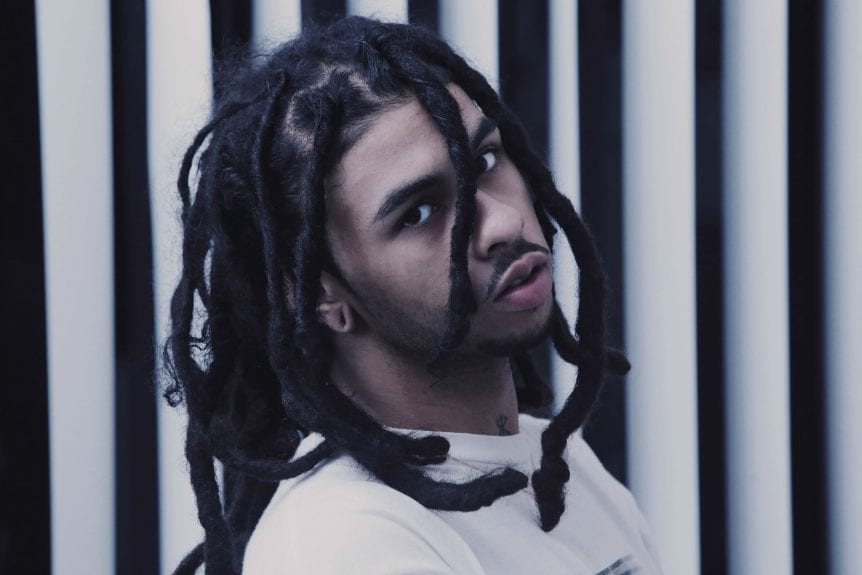 It’s crazy to think that Robb Bank$ has been around for almost a decade now, yet here we are. He can be considered a pioneer of the underground scene and a pivotal part in it becoming the fuel of the mainstream. His unique style and personality helped propel the influence of the internet has had on hip-hop, and his grind has paved a blueprint for independence. Even when the web found out that Reggae singer Shaggy was his father, you couldn’t deny his authenticity and transparency in his craft. It’s clear; Robb’s a real one.

Robb Bank$ rose to prominence in 2012 with his debut mixtape Calendars. In many ways, this project symbolises the internet in a way that’s still relevant to this day. Calendars finds Robb Bank$ rapping over samples from acts like Outkast on “Get It How You Live (December)” and bootlegging the “Gorilla” beat by Clams Casino for his cloud-rap extravaganza “Counting”. None of these were cleared by any means, but Robb wasn’t making any money. He released the mixtape on Datpiff, and saw revenue in the form of internet buzz on sites like Tumblr. He was doing what all young rappers do today on the internet; doing whatever they can do to make a song and pushing it as hard as they can to gain some buzz. And by looking at Robb’s other 2012 cuts like the Spaceghostpurrp-produced “Refined” and his feature on Denzel Curry’s “Threatz”, it’s fair to say he was a part in helping establish the power of the internet in the underground rap game.

One of the most influential things about Robb Bank$ is his style. He treads the lines of fun and fierce detailings of the Broward County street life. If you look at songs like “Refined”, he drops anime-referencing gems like “With fuckin’ sand covering our bodies, I feel like motherfuckin’ Gaara”. And on cuts like “Broward County Legend” from his Tha City mixtape, he spits honest bars like “I’m Ray Charles with it, employee I don’t even see the keys and a lot of recipes done been through this kitchen boy.” He balances fun references with outlooks on the Miami street life, a style that other Miami acts like Smokepurrp, Wifisfuneral and the late Xxxtentacion have inherited. It eliminated the somewhat one-dimensional drug talk that artists like Rick Ross have represented Miami with, and added some fun within the realness.

Robb Banks is also an advocate of independence in hip-hop, as you can see throughout his releases this far. Year of the Savage was released via 300 in a distribution deal, meaning Robb still owned his rights, and other projects like Molly World have been released the same way through Empire. Whether he knows it or not, he’s setting a blueprint on how to navigate throughout the industry without selling your art away. Robb Banks even became a part of Birdman‘s Rich Gang, while managing to retain his rights to release his music independently (a feat rarely accomplished when the Birdman hand rub is involved). Distribution is the same way Xxxtentacion released his smash album 17. And by looking at the timeline of Robb Bank$ career, you can see as to why it’s a good choice to make.

So, by looking at what Robb has done, you can see the influence he’s had. He helped solidify the internet scene, breathe new air into Miami rap, and showcase a way for younger artists to release their music in a smart manner. It’s simple; he’s one of Miami’s finest.

You can catch Robb Bank$ down under this month with huge supports. Check for the ticketing info below.