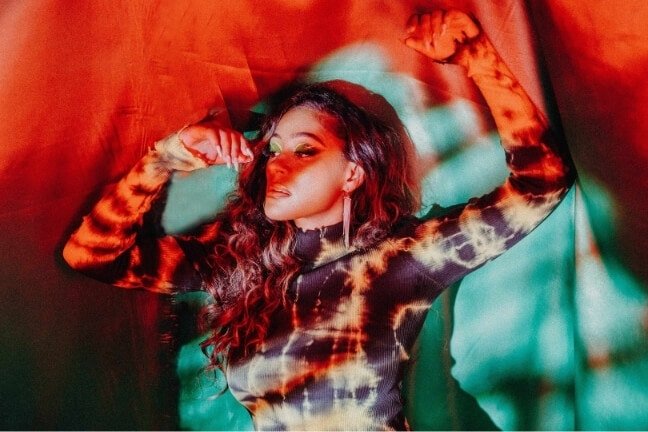 Australian R&B is entering a golden age. One that is being lead by a ruthless cohort of women from all backgrounds, ethnicities, locations and persuasions. One that has the potential to reshape the global perspective of Australian music. One in which Maxine is destined to be a central figure.

Born in South Africa, the now Sydney-based talent has had a whirlwind twelve months since transitioning from stage and dance to recording artist. A consistent run of singles in 2020 catapulted her into the spotlight of mainstream music media who declared her an ‘Artist To Watch’ as we entered the new year. A title, she’s swiftly lived up to via the release of the recent single ‘Who I Am’ – a vulnerable insight into an artist who blends traditional R&B sonics with a seductive edge.

“I am bossy…I’m a badass… but I’m a big lover and a hopeless romantic…” states the bright and bubbly Maxine when introducing herself on a Zoom interview. Honest to a tee, she is anything but overawed by the bright lights quickly surrounding her, remaining grounded by the open dialogue she encourages with her growing fanbase.

“I’m not trying to be a facade of myself. In real life I’m open and I’ll talk to anyone so I definitely have to have that breathe through my social media.”

Maxine’s brand is one of authenticity and empowerment. While she doesn’t shy away from the fact that numbers, accolades, and career growth are motivating factors, what she counts as most important is remaining positive in her own skin while traversing the journey ahead. Maxine refuses to be a wilting flower, embracing her femininity she kitted out in leather and cozied up to a python in the music video for ‘Say Something’ – brushing off any potentially negative opinions with a focus on embracing opportunities that make her feel good.

“I’m comfortable with myself. With my body. Yes I might look sexy but it’s empowering!”

In an industry that presents challenges daily, none more so than for a woman of colour, Maxine reflects on the role that she plays in helping shape the future.

“It’s a risk to be an artist… If I push forward with my career I hope that I can inspire younger kids and younger independent artists that it is possible, you just have to work a little harder…”

Watch the full interview between Matthew Craig and Maxine below via our Youtube channel where she talks on her new single, diving into live performance, and her hopes and dreams for leaving a legacy. Also catch Maxine in a quick round of AUD’$ Rapid Fire Questions talking about her favourite shows to watch, dream travel destination, and whether cats or dogs are better. Be sure to like, subscribe, and leave your thoughts in the comments!