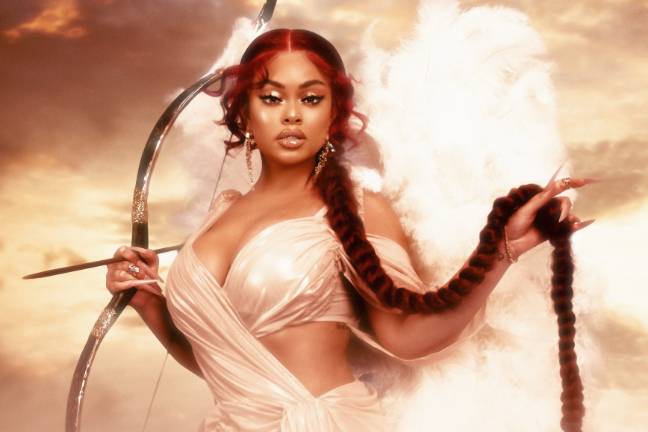 Atlanta’s own Latto has the hip-hop world in the palm of her hands after her 2021 smash hit ‘Big Energy’.

After winning the Jermaine Dupri-produced contestant show The Rap Game back in 2016, she was offered a deal that was ultimately turned down. Debuting under an alternative moniker, this was just the beginning for her as she knew her work ethic and faith would lead her to even greater successes.

“Me and God simultaneously working together it’s unbeatable. It’s unstoppable.”

Last March, she became the first female rapper from Atlanta to become certified gold and platinum from solo songs with ‘Bitch from da Souf’ in 2019 and ‘Muwop’ from the year after. Going gold and platinum is extremely impressive within itself but to become the first female from a city that has dominated the new sound of hip-hop for over a decade, is nothing short of legendary. Hip-hop has typically been a heavily male-dominated sport but Latto is one of the leading women in the new generation bound to takeover.

“The future is female. We got a variety of females too. We got different tones, different flows, different skin tones and we all from different places across the globe.”

The 23-year-old followed her previous success up with her summer anthem “Big Energy”, momentarily moving away from her signature Southern sound into a world of pop possibilities. It’s the first single for her upcoming album and was released back in September, followed closely by ‘Soufside’ in November. The track took over the summer and propelled her already established career to another level. Thus far, Latto has collaborated with Atlanta trap icons like Gucci Mane, 2 Chainz and Future, as well as tapping in with some mainstream monsters like Chris Brown and Doja Cat. Finishing up her sophomore album, Latto promises big things and says she’s “definitely in war mode.”

“‘Big Energy’ really just opened my eyes to so much more. I just really don’t put a ceiling over myself anymore, I’m ready for whatever now.”

Despite her success so far, this wasn’t an overnight process. Latto’s been grinding for years and tips this to years of hard work and dedication, as well as faith and manifestation. Outside of music, she’s a charitable, community-based person. She loves helping the people she’s close with and finding fulfilment in making others happy. Not only an artist but businesswoman and philanthropist, Latto opened a clothing store called Pittstop Clothing back in 2017 and her own non-profit foundation called Win Some Give Some, aiming to give back to her community and assist at-risk young women.

Latto has already achieved what many artists could only dream of at such a young age. The success is starting to sink in as she’s manifested, prayed and worked relentlessly hard to achieve it, however, the small moments are still eye-openers for the young star. Speaking to AUD’$, she was extremely surprised at the love she received from her growing fan base and hopes to make it a stop on her tour.

“Hopefully we got Australia on the passport – Coming soon!”

Watch the full interview between Matthew Craig and Latto below as she talks about her advice for up and coming female artists, her new album and the power of manifestation. Also, catch her in a quick round of AUD’$ Rapid Fire answering her dream vacation destination, her first celebrity crush and what cartoon character she’d kick it with for a day. Be sure to let us know if you’re vibing with the interview!