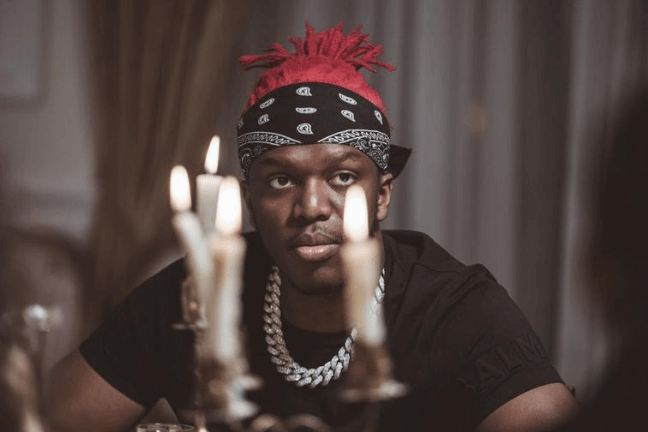 KSI. Rapper, Gamer, Youtube Star, Boxer – is there anything this man can’t excel at?

In the past year alone KSI has dropped singles with Rick Ross, Lil Baby, Smokepurpp, Lil Pump & boxed (and won) in ‘the biggest event in Youtube history’ against Logan Paul and amassed over 21 million Youtube subscribers. To say his star is on an unprecedented rise is likely an understatement. As hasty as his Youtube channel and comedy is, there is a clear method and precision to the madness that is KSI‘s multifaceted artistry.

Ahead of KSI‘s upcoming single with GRM Daily/’Keisha & Becky’ stars Tion Wayne & Swarmz this Friday, we jumped on the phone to have a chat and learn more about everything that makes up the man, the myth, KSI. Through light hearted conversation and having some great banter we managed to gain an epic insight into the mind of KSI and what drives such an energetic, multifaceted figure.

Read the full conversation below. 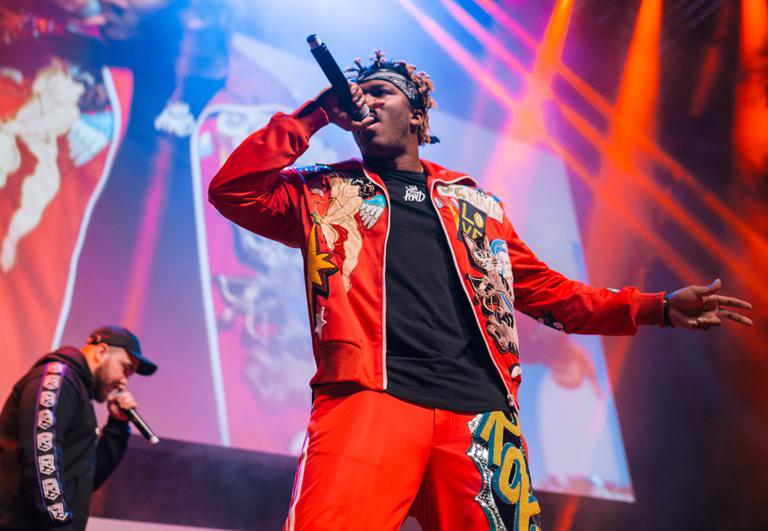 So tell us straight bro…everyone in the world is envious of you being able to punch one of the Paul brothers in the face. So what does it physically feel like to be able to put your fist in one of the Paul’s (Logan/Jake Paul) faces?

It feels like God has come down himself to (breaks down in laughter) bless me. It feels like I’m sleeping on clouds. It’s literally the best feeling, punching a Paul in the face. Of course man. Like, Obviously there’s respect in the ring. I’ve got respect him for getting in the ring, but yeah man there’s no better feeling than just punching him in the fucking face.

Well, you’ve had an opportunity that many people in the Hip-Hop world are envious of man

Out in Australia. The Hip Hop culture is really taking off globally for the first time, which is why there’s a whole bunch of attention happening, even flowing through to yourself and being able to release and push singles out here.
I know you were rapping and pushing your music before all the Youtube fame. How is it to finally be getting some proper shine on your music and collabing with these megastars?

I mean, it’s pretty cool to be honest. Because i’ve been doing music for the longest time man. I’m quite just used to it, I don;t get too starstruck or phased. You know i’ve worked hard to get to this position and i’ll continue to work hard to make sure, you know, i’m at the top or i stay at the top. So yeah, it’s pretty chill. Obviously working with Trippie Redd was really cool, he’s so talented it’s ridiculous.

Did you manage to get into the studio together? Or was it a bit of a link up mission?

I wasn’t able to get into the studio with Trippie. It’s hard because of both of our schedules and locations. He’s very busy, i’m very busy, you know he’s doing shows repeatedly all the time. I be doing videos and loads of press and making music of my own in England or doing shows of my own, or training for boxing so it’s hard for us to find time to do what we wanna do. But, you know we made it work and we made a smash and i’ll work with more artists and make even more bangers man

That’s it bro. Both the last singles have been bangers man. The last one with Lil ‘Baby, Rick Ross & S-X. I remember when that came out we were stoked with the record and how it sounded, played it on the radio.

It goes OFF! In shows like no other. Everyone screaming “knockdown”. I just love performing man, i love interacting with the fans.

Oh bro, it’s mental man. It’s mental. It’s kind of like niche if that makes sense, but its like a popular niche thing. It’s kind of like, a good time, i don’t know. Someone said i’m their guilty pleasure (laughs).
Because a lot of people go “oh KSI’s not an actual rapper” and box me in.
So alot of people aren’t too sure whether they want to fuck with me, and then you know there’s some people who are like “fuck it, i don’t care what people think, i don’t care what people say, i’ma go to a KSI show anyway”

And they go and their like “FUCKING HELL THIS IS MAD”
The hype is there, it’s just fucking crazy.
And I spend BAG on production.
I make sure when it comes to production its fucking lit!

It’s an experience that they’ll never forget. Ever. I’ve been doing it for years and people love it, so i’ll continue to do it.
And when i eventually go to Australia bro, i can’t fucking wait because i know i have a huge audience there who have been BEGGING ME for me to come to Australia. I really wanna go.
I’m really fucking excited. 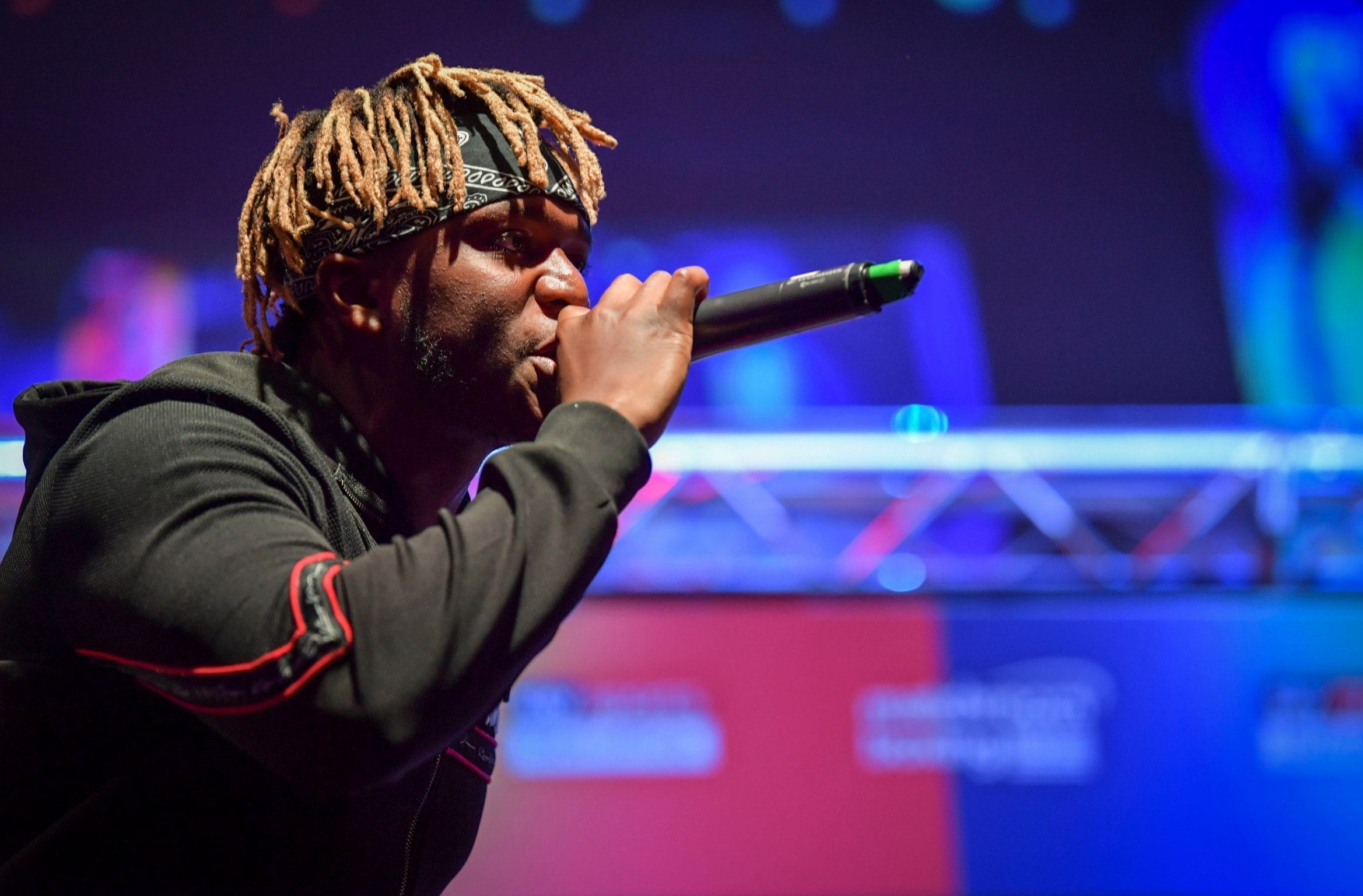 Want to give us a quick little list of some of your favourite Hip-Hop acts at the moment?

Kendrick Lamar – I know he’s bringing out a rock album soon. That’s going to be sick
Tyler the Creator – I think he’s fucking unreal
Aitch – he’s doing BITS right now, he’s doing very very well
JME – he’s a personal favourite of mine
P. Money – OG in the game have done so much for grime
Skepta – I’m a big fan of him

RICK ROSS OF COURSE! How could i forget about Rick Ross, oh man, absolute legend. Lots of inspiration man from lot of people.
Childish Gambino, oh shit, how could i forget him. Will Smith! Oh, shit, P.O.D.
I’m listing off right now haha, but yeah.

Lastly bro, UK is popping off in Hip-Hop right now. You’ve been a rapper for a while but as you said you do get boxed in still. How are you accepted as a UK rapper. Do you see yourself generally more accepted as a rapper or is that something that’s still growing and you’re growing out of that youtube box to the world?

Like, if i went to Australia it’d be easy as hell ‘coz i fuck with them and they fuck with me. In England, there’s a lot of people that fuck with me, but there’s still people who still aren’t too sure and a bit ehhhhh. It’s funny, how it’s harder in that mind in the UK, but every outside the UK its fucking “KSI lets fucking go!” (laughs)
But you know it’s one of the things that just takes time, especially with my album coming out this summer people will be like “oh shit, okay he’s doing BITS, i see it!”

Can’t wait for it bro!

That’s it for today, we’ll wrap it up and let you get into the million things you do.
Looking forward to the new singles and we’ll catch up when you hit Australia soon man

You can follow KSI and catch his upcoming single with Tion Wayne & Swarmz out this Friday on Spotify, Apple Music, Youtube and more