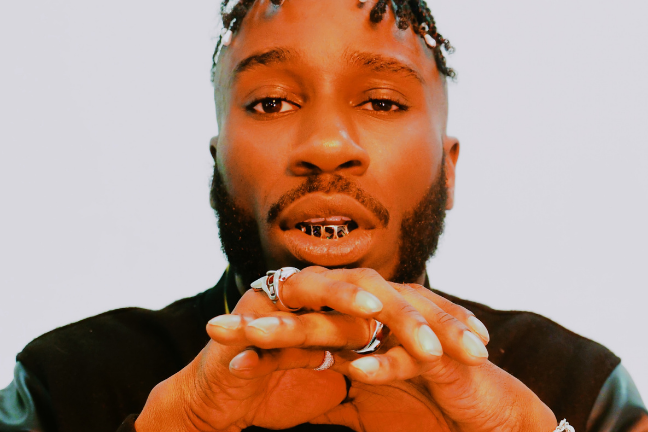 The London-based has been increasing his stocks since his debut in 2015, releasing multiple thought-provoking projects and collaborations with UK heavyweights like AJ Tracey, GoldLink, and Ghetts. Deep into his prolific career, Kojey Radical is grateful to present his debut album titled Reason To Smile.

“The fact that I can still make music, the fact that people still want to hear it and the fact that it still matters to somebody is massive to me. What more could I ask for really?”

Despite having accomplished so much in just 29 years, a debut album couldn’t come at a better time. Radical offers listeners their own reason to smile on the upbeat and varied hip-hop project while also mindfully addressing the Black British experience. Across a concoction of neo-soul, R&B and even Grime sounds on the 15-track album, the Shoreditch local enlists Masego, Kelis, Knucks, Wretch 32, Rexx Life Raj and more.

Citing Outkast’s Andre 3000 as a key influence, and having listened to plenty of Jay Z and Pharrell in the process of crafting his album, you can hear these inspirations come to fruition on Reason To Smile. The vibrant and commanding LP proudly celebrates his Ghanian heritage while delivering powerfully witty and introspective social commentary on being a Black man in the UK.

“I know too much, and there’s nothing more dangerous than a black man with intelligence, especially with some relevance” – Kojey Radical on ‘Pusher Man: BWI’

Kojey Radical is booked for several festivals and shows around the world this year but Australia will have to wait a little longer. Fortunately, his collaboration with B-Wise on ‘Think Twice’ from his jamie album has Kojey eager to perform alongside him and give Aussies another reason to smile.

Watch the full-length interview with Matthew Craig and Kojey Radical below, as well as our new Money Minute segment where he talks about his least favourite subject in school and dream holiday destination.