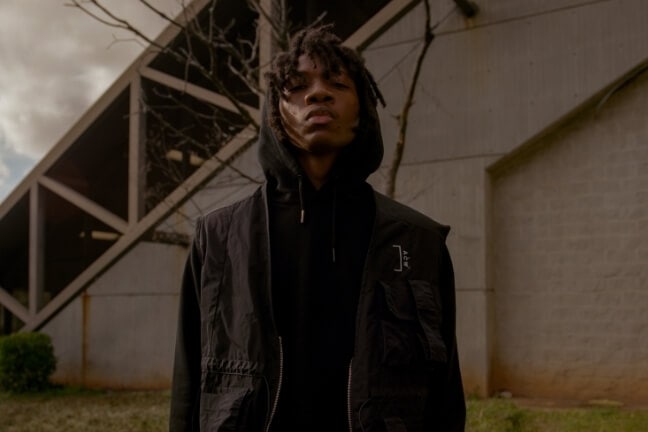 For the last half a decade Atlanta has been hip-hop’s de facto capital. The rise of once niche acts including Future, Young Thug, and the Migos to mainstream superstardom has paved the way for the next generation of talent to experiment sonically and continue to carry the torch forward. No conversation about the future of ATL hip-hop can take place without mention of Kenny Mason. The 26-year-old originally from the city’s west side burst onto commercial radars via 2019’s “Hit”; a record that showcased his ability to flex wordplay, traverse cadences, all the while maintaining a rapid pace.

In the time since he has released the full length ‘Angelic Hoodrat’ in 2020, a record on which he carried the vocals entirely himself (and played a hand in the majority of the project), and just last week backed it up with the ‘Angelic Hoodrat: Supercut’ a sequel to the album this time calling in features from Freddie Gibbs, Denzel Curry, and more. The album explores the concept of duality, the realisation that humans are complex beings and are heavily influenced by environment.

“I feel like everybody has the capacity to be either, or (Angel & Hoodrat), or even both at the same time… understanding the complexities of that (life), and having more compassion towards everybody. We human, we gonn make mistakes. But our mistakes don’t have to make us.”

Sonically, Mason is own his own trajectory. The record differs from the 808 Southern Trap sound and triplet flows for which Atlanta has become globally recognised, instead finding its home somewhere between fast intonation not dissimilar to fellow Atlantean J.I.D, and the influence of dark, alternative rock.

“Bruh, My Chemical Romance were my favourite band… musical is real personal to me and ultimately I just want people to get that from my music.”

Frustrated by life in the midst of a pandemic, Kenny Mason is buoyed knowing that before long, he’ll finally get to perform two years worth of music for the first time to rooms full of adoring fans.

“I can’t wait to get on stage and do shows! That’s my number one priority. I wanna focus on translating the projects to a live setting. It’d give it a whole new meaning!”

Watch the full interview between Matthew Craig and Kenny Mason above via our Youtube channel where he talks on Angelic Hoodrat: Supercut, duality and human nature, and his realisation of wanting to make music his full time career. Also catch Kenny MAson in a quick round of AUD’$ Rapid Fire Questions talking about his first celebrity crush, most used emoji, and favourite sports stars. Be sure to like, subscribe, and leave your thoughts in the comments!