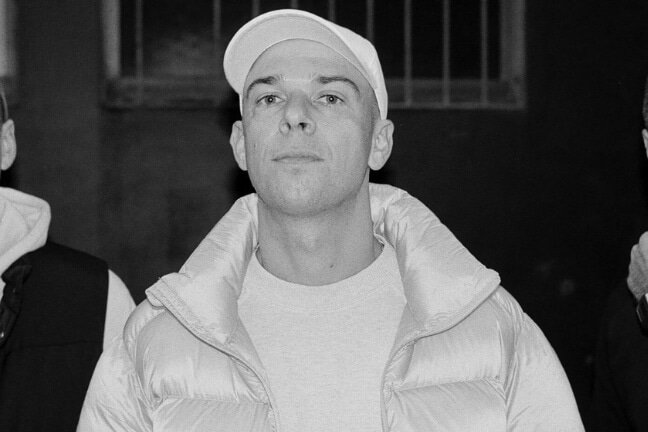 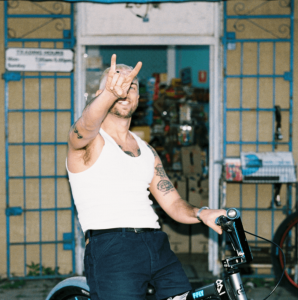 As part of the Spit Syndicate duo and One Day collective, Jimmy Nice is one of the most esteemed Hip-hop artists in Australia. Since the release of Towards The Light (2008), Jimmy, the other half of Spit Syndicate Nick Lupi, and the Inner West have dominated the scene and made waves in the larger Australian industry with five studio albums and two ARIA nominations. There’s been a noticeable shift and passing of the torch in recent years, a change that proved who could adapt and who couldn’t; but for Jimmy, none of it mattered.

Music was the furthest thing from Jimmy’s mind in 2019 after stepping out of the limelight and into a role as  a full time caregiver for his mother prior to her passing. From a renewed sense of purpose and a feeling of necessity, the concept of his magnum opus MADIDEA was formed. The album runs over half an hour with 11 tracks dedicated to the life of, and his relationship with, his mother. MADIDEA equals and exceeds the familiar Inner West sound of soulful and jazzy instrumentals with an emphasis on bars and meaningful storytelling.

“It’s healing for people who listen to it and have had similar scenarios but it’s closure for me as well. It really feels like an achievement and a mountain has been climbed.”

The week before the album dropped on October 23rd, a short documentary was released, titled Road to MADIDEA. The documentary details more context behind the album’s creation and shows the recording process of Jimmy and a small team including Horrorshow duo, Solo and Adit. In the documentary, Jimmy encapsulates MADIDEA as a record “born out of solitude but executed with family.” It’s a compelling tribute to his mother and a phenomenal solo debut.

MADIDEA begins with one of the album’s best track, “At A Glance”. The track sets the scene to the project’s running themes of acceptance, farewell and the repeated allegory of water. The golden sound of saxophones and underwater keys paired with the first minute featuring only hi-hat percussion, Jimmy seems initially optimistic as he reflects on his life with his mother but it’s like he raps, “here comes Hell’s Winter to take me under.” The immediate tone of “Hell’s Winter”, “Wet” and “The Rules” stray from the main narrative of MADIDEA but deliver on the braggadocios wordplay we’ve come to love from the Sydney talent. “Wet” follows the allegory of water through the adage of sinking or swimming and its tracks like this that prove Jimmy can still play in the deep end of an ever overflowing Aus Hip-Hop scene. With a point to prove and production work from 18YOMAN, it’s clear the attention the Jimmy Nice has paid to his creative evolution.

“I’d like to see a shift in rap culture after this record. I want to see a little bit more care, attention to detail and thought put into what we do because it isn’t just this disposable thing. It’s given me so much purpose in my life,” Jimmy said.

“I remember I was a lost kid and my family worried about what direction I was taking and I made them proud through what I do. I know this is just one example of the power of it but when treated with respect it can really reward you.”

“Home” is an interlude from Mia Elnekave who also offers her angelic vocals on “At A Glance”, “Hell’s Winter” and “Eulogy”. The track is a turning point on the record and from this moment on, we see Jimmy focus heavily on his journey of grief and introspection. On “Here Before”, Nice brings us into his home before displaying one of his best performances in “Speaking To Ghosts”. Starting with a heart-warming sample of his mum singing from an old home movie, the record is a beautiful and moving ode to his mother, captured in a mood of acceptance: “The most beautiful woman, powerful woman, lift me when I was down, show me how when I couldn’t … Know you a blessing ma, I learnt my lesson ma, always be you and me, ain’t nothing lesser ma, I don’t know if heaven has you, I’m yet to know where you are, my eyes getting heavy now, close them and there you are.”

Diving deep into the water allegory, Jimmy raps on “Same Water”, “the genius and fool both drown in the same water,” coming to terms with mortality and the indiscriminate certainty of death. As the only named feature on the album, Tasman Keith remains as fierce as always and gives Jimmy a run for his money, especially with a chilling delivery; “I call the shots, you call the cops, you call the kettle black, I call the pot.”

“He just came with the right amount of ferociousness that was needed and he’s shown me some of the other stuff he’s working on and it’s crazy. I’m proud he’s on the record and I’m proud it sounds like it does,” explained Jimmy.

Through moments of solemness, hostility and contemplation, “Janet’s Son” and the cinematic electric guitar and vocals of Elnekave on “Eulogy” fittingly finish the debut. Though this album saw Jimmy step out from his work as Spit Syndicate, he’s unsure of what the future holds for his career. Eager to continue doing what he loves, both in music and his photography work, he feels at a place of artistic content.

“I don’t know what is ahead, but I think my best songs are still ahead of me. I’m definitely not in the point of my career where I release this album and get straight back into the studio”

MADIDEA: A rap motion picture serves as a powerful tool of journeying through the loss of a loved one, both for Jimmy Nice and listeners, a reminder of the prominence of Sydney’s Inner West and their aptitude for thoughtful storytelling. Though incited by unexpected and unfortunate circumstances, Jimmy Nice continues to evolve even after a decade with a crisp attention to detail, passion and vulnerability that makes MADIDEA a complete and captivating album.

Interview and Review by Frank Tremain.