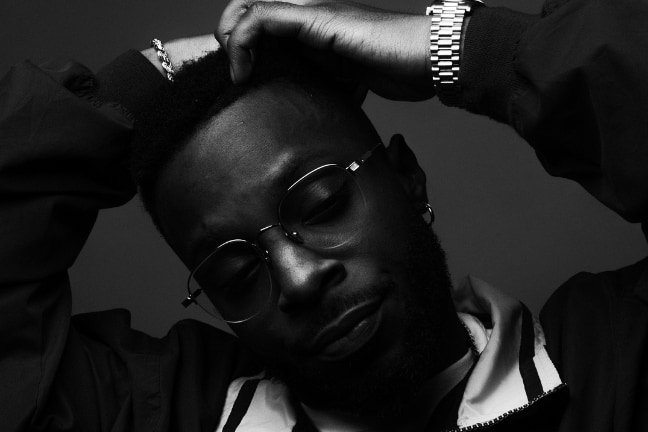 TDE’s secret weapon, Isaiah Rashad, marks the end of his five-year hiatus with third-studio album, The House is Burning.

Alongside the 2014 release of ‘Cilvia Demo’, one of hip-hop’s greatest debuts, Isaiah Rashad joined the revered ranks of Top Dawg Entertainment – alongside Kendrick Lamar, Schoolboy Q and Jay Rock – and entered into a fold that declared him destined for stardom. While other members of the collective have become synonymous for varying lyrical prowess, be it street narratives or socio-political commentary, for Zay fans, it’s all about the vibes.

On his soul-infused sophomore effort in 2016, ‘The Sun’s Tirade’, the Chattanooga artist delved deeper into his battles with substance abuse and melancholia through frank lyricism and buttery-smooth production. As had been the case on his previous iteration, standout moments on the project included seamless collaborations with fellow TDE acts Lamar and SZA, a testament to the ongoing creative ecosystem which had been closely curated by the label. After an extended period recovering from addiction and personal issues, Isaiah Rashad presents a healthier, matured and sharper than ever version of himself on THIB – reflected via his highest chart debuts globally, including a Top 10 Billboard Album Charts slot in the U.S, and Top 40 position in Australia.

‘The House is Burning’ spans across 16 tracks, with features including Lil Uzi Vert, Duke Deuce, Smino, 6LACK, and TDE labelmates SZA and Jay Rock. From headbangers like ‘Lay Wit Ya’, and ‘In The Garden’, to the more laid-back cuts of ‘RIP Young’ and ‘THIB’, Zay keeps the sobering message of his album at the forefront. While his latest release is his most vulnerable, Isaiah Rashad sounds poised and hopeful for the future, and liberated by his past.

“It’s some hard shit from an innocent point of view,” Rashad said. “It just sound like a book man. The title sounds profound, it sounds like something that will stick with you. And I like that shit.”

Fan-favorite single, ‘Headshots (4r da locals)’ thrust the Tennessee talent back to the limelight and found Zay further embracing the influence of America’s South to deliver a slower-paced R&B/Rap sound laced with slick lyrics, layered vocals, and the smooth production of Hollywood Cole and Henry Was. Bouncing from braggadocious to introspective bars and zoned-out melodies gives the track an untouchable sun-kissed vibe, showcasing the effortless appeal of the artist they call Zaywop.

“I don’t even be thinking dawg, I just be liking the beat and it speaks to me so I speak back.”

The album concludes with its most reflective moment, ‘HB2U’, where Rashad recognises his self-destructive habits – “If you don’t ever get yourself straight, who the fuck is you gonna help mane?” and reminisces on the pitfalls of fame – “If not these n*ggas, bet your senses betray ya.” ‘The House is Burning‘ sees Isaiah Rashad walk through hell, but instead of being consumed by the darkest demons, he makes it to the other side with a renewed perspective and a stronger sense of acceptance and mortality.

“Aint nothing that important going on except taking care of yourself and having a good laugh.”

Watch the full interview between Matthew Craig and Isaiah Rashad below via our YouTube channel where he talks about his latest album, working with label mate SZA, and his time on hiatus. Also catch Zay in a quick round of AUD’$ Rapid Fire letting us in on his dream collab, favourite career moment, and the best way to smoke up. Be sure to let us know if you’re vibing with the interview in the comments!