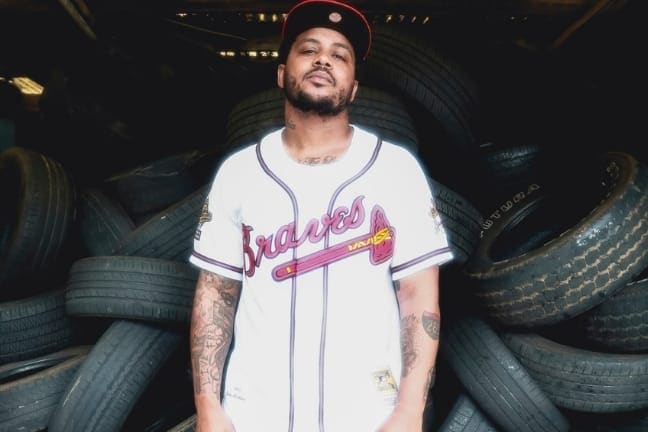 Shady Records newest signee GRIP balances the struggles and successes of his career on major-label debut,
‘I Died For This!‘”

Self-proclaimed as the best rapper you’ve never heard, it’s probably not a title GRIP can use for much longer. Despite the elaborate technical ability and storytelling style, he showed on breakout project Porch and the critically acclaimed Snubnose, the Georgia-born artist has flown under the radars of most over the years. Announcing his signing to Eminem and Paul Rosenberg’s Shady Records in July, GRIP’s artistry has helped him fit right in at a camp that has been home to Griselda and Westside Boogie.

“I feel like it’s still surreal, it’s not every day someone fucks around and gets signed to someone they grew up listening to and one of the greatest to ever do it. It’s amazing and it lights a fire under my ass.”

With a large portion of the album crafted prior to his deal, GRIP has wasted no time to introduce himself to those unacquainted in his recently-released conceptual debut, I Died For This!?. Spanning across 17 tracks, GRIP’s third full-length project is formatted like a theatrical production with features including Eminem, Royce Da 5’9” and Kenny Mason. Taking influence from fellow Atlantan lyricists like OutKast, Cyhi the Prynce and JID, GRIP bares his pain on the tip of his pen game articulated through the seasoned lyricism he offers across any type of beat – boom-bap, trap or otherwise.

Executively produced by his long-time collaborator Tu!, IDFT is an ambitious concept for a label debut that pays off more times than not, conveying the album’s themes of sacrifice and duality through juxtaposed moments of introspection and unnerving angst. While some tracks fit a little outside the album’s narrative,

GRIP and his versatile style create appealing defiance to the music industry and mainstream hip-hop.

“It stems from me being a movie buff, you know since I was a kid. When you go to a movie, you not just seeing a bunch of scenes – it’s a story, you get the characters and the world they built.”

As the main character of I Died For This!?, GRIP delivers a promising performance that not only offers one of the better Em verses of late but is an important commentary on the commercialisation of black culture and the price of a place in the industry. It’s a product of unrivaled artistic hunger and invaluable commitment to the craft that closes with one of the album’s highest points, ‘Pennies… Exit Stage Left!?’, where GRIP asks an equally poignant question to the album’s title, screaming “trade pennies for my pain, are you not entertained? Sweat, tears, bloodstains, are you not entertained?”

Watch the full interview between Matthew Craig and GRIP below via our YouTube channel where he talks about releasing his label debut project, approach to conceptual albums, and what it’s like signing with Shady Records. Also catch him in a quick round of AUD’$ Rapid Fire describing his next holiday destination, dream collaboration and what cartoon character he’d want to kick it with. Be sure to let us know if you’re vibing with the interview in the comments!