GONE TOO SOON: HONOURING THE LEGACY OF THOSE WE’VE LOST 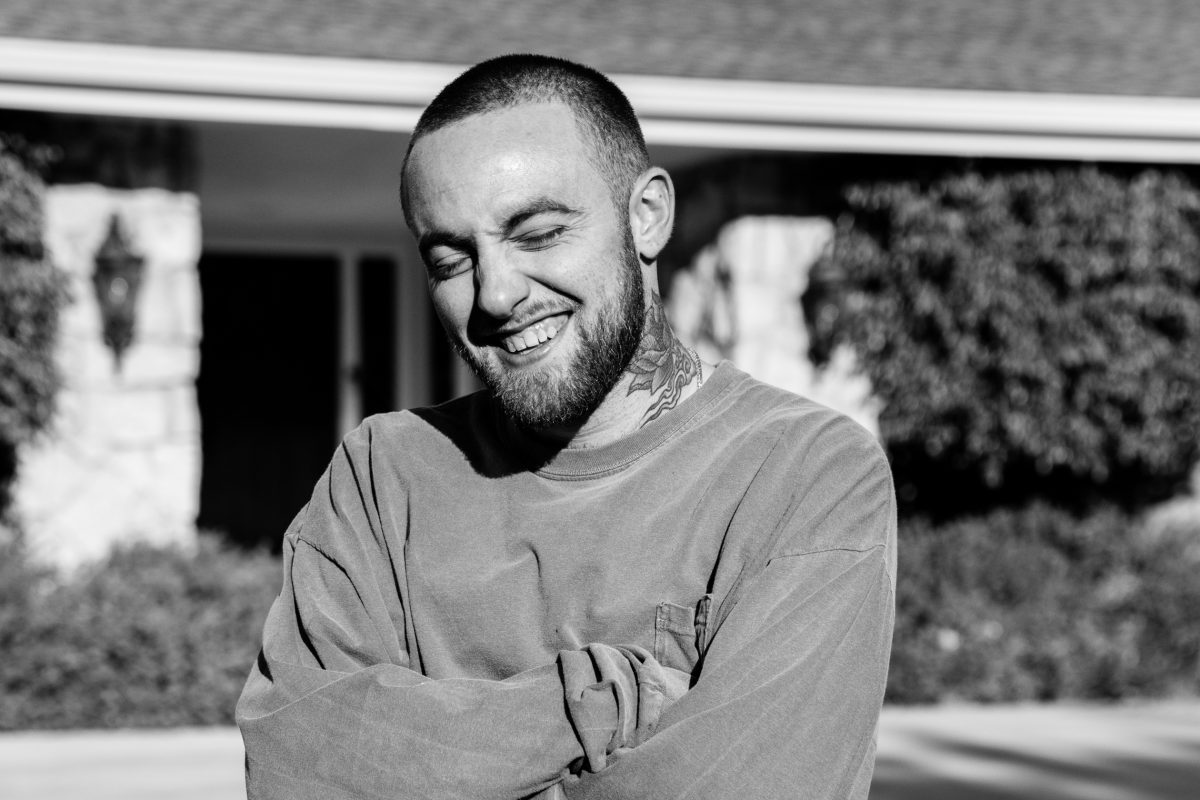 Tragically and far too often, we lose the most beloved artists and people within the hip-hop scene. ‘The good ones go first’ couldn’t ring any truer or any louder but fortunately, art lives forever, as do the legacies its creators leave behind. The state of hip-hop in 2022 wouldn’t be where it’s at today without the legacy of those lost and it’s important to reflect back on the significance of the late greats from recent years.

The 2010s were stacked with new styles, trends, and of course icons. It’s always fun to wonder who the next greats will be, and what we might see and hear over the next decade. The 90s saw the influence of the Notorious B.I.G and Tupac blossom, the early naughties were dominated by Eminem, JAY-Z and 50 Cent and the 2010s were heavily dominated by Drake and Kendrick Lamar. Looking back, these artists have a clear legacy with their influence almost incomparable.

From the 80s, New York was always seen as the Mecca of everything under the hip-hop umbrella. It wasn’t until a mid-90s surge which saw a meteoric rise in West Coast popularity. After dominating the radio and the sound of hip-hop for a large part of a decade, LA was missing one thing. A mogul. Someone who was going to bring real change to their community, while simultaneously being a respected figure within the music space. Enter Crenshaw & Slauson’s own, Nipsey Hussle.

Often, the artists that connect with people the most are usually the ones able to express the emotions of more than just themselves but an entire community.

Nipsey Hussle was just that and is one of the most beloved artists to ever come out of California. Carrying the torch from Ice T and Ice Cube, Nipsey introduced Crenshaw & Slauson to the globe as a prominent mixtape rapper throughout the mid-2000s and well into the 2010s. Not only was he determined to make a mark on the music industry, more importantly, he strived to change his community for the better.

His motto, ‘The Marathon Continues’, has become a synonymous slogan in allegiance with Los Angeles immortalising Nipsey Hussle forever. As a businessman, his entrepreneurship was unmatched, as seen through his unique marketing technique for his 2013 mixtape, Crenshaw. He made 1000 physical copies, selling them on the street for $100 each and making a $100k profit within 24 hours. Nipsey also purchased a corner unit on Crenshaw & Slauson, the same corner he used to hustle in front of as a kid. It became a community hub and the home of his merchandise store, The Marathon Clothing. In 2018, Nip’s Grammy-nominated debut album Victory Lap was released after almost a decade in the game and one year before his untimely passing on March 31, 2019.

Around the same time, Nipsey was making thousands from a mixtape, a white kid with a P fitted on his head was on the rise. In fact, the two would have a studio session in 2011, just as Mac Miller burst onto the scene with songs like ‘Donald Trump’ and ‘Nikes on My Feet’. Eight years later, Mac shared Swimming, the last album released in his lifetime and was posthumously nominated alongside Nipsey for the Grammy’s Best Rap Album.

Mac Miller was the first white rapper to reach extreme success within hip-hop since Eminem. Universally loved and embraced by the fans and industry alike, Mac earned co-signs from the likes of Jay-Z and became one of the most beloved rappers in the game. In 2014, he dropped his magnum opus and one of the best mixtapes ever titled Faces.

His writing ability was largely unrivalled, as was the personal connection he gaged with listeners due to his extreme vulnerability. K Dot name dropped him in his era-defining ‘Control’ verse, cementing him as someone he saw as competition although being friends. Mac’s music was intense in theme and topic, heavy on wordplay, and sharp in immaculate production and intimacy behind the mic. He was able to create cinematic experiences, taking listeners through his mind and emotions which separated him from the crowd. He was one of a kind, transcending hip-hop and being seen as a pure, all-round musician. His legacy will forever be fondly remembered for his out-the-box thinking and his high-quality output throughout his career. Around the time that Mac was doing his thing on ‘GO:OD AM’ in 2015, a new wave of rap was being ushered in.

“To this day, I just don’t understand how I can’t call my n****a no more. Losing a friend to gangbanging is way different to losing a friend that’s, like, an innocent little kid that’s super pure.”

SoundCloud rap was another turning point in the 2010s, as low-quality production and a less serious more experimental approach became the norm. Lil Peep was a pioneer of this wave combining aspects of punk, trap and rock, resonating with the next generation of rap fans. He was unique in every sense of the word; from physical appearance, fashion choices, and musical style. Peep appealed to people who felt like they were outcasts and made them feel welcomed at his wild underground shows and through his emotionally vulnerable music. Perhaps ahead of his time, people were slow to recognise his contribution until later. In terms of legacy, not many in recent time can compare, as we see the influence and offshoots of his sonic approach carried by emerging artists every day.

One of those artists was XXXTENTACION. Not many musicians have EVER risen to the type of stardom that X experienced. Nor in such a short space of time. He exploded to superstar level with his classic SoundCloud hit ‘Look At Me’, and even further with his debut album 17 which featured hits including ‘Jocelyn Flores’. X was the face of the youth, representing them to the core and simultaneously reaching unprecedented heights of success. He was raw in delivery and in emotion, while always having the element of surprise on his side. Nobody ever knew what was coming next, and it was rare that he missed. Whilst he only released two albums while alive, they were both huge, with his second project ? arriving just a few months before he passed.

X would enter the esteemed billion streams club multiple times, and his fearless yet vulnerable approach was admired. X was never afraid to experiment, dabbling in pop, latin, trap, rap, rock, and punk/thrash hip-hop, all of which were presented on his albums in an odd, yet intriguing way. His legacy covers the planet, inspiring young artists and young people in general across the globe, resonating like nobody had really seen before. X has the most streamed hip-hop album on Spotify ever, which shows the intent of his fandom. He was fearless and aimed to be a beacon of light which would ignite the flame that helped spark another young sensation, Juice WRLD.

Like X, Juice was a byproduct of Peep, and was huge within the underground emo-rap scene. He inspired millions and has been held on the same pedestal as X within youth hip-hop subcultures. Songs like ‘Lucid Dreams’ took over the world, and his debut album Goodbye & Good Riddance was an instant classic. Juice was the new face of not only Chicago but also emo rap, inheriting what Lil Peep left over musically. Emo was officially the new wave, although Juice was so diverse. Highly regarded as one of the best freestylers ever, Juice would spit for hours, literally.

“I can’t count all the tears I cried, so many sleepless nights
Watch all of my idols die, right in front of my eyes
Tell me why, tell me why it’s so hard to say goodbye“

– The Kid LAROI, Tell Me Why

He could express his pain powerfully through his music and had a raw way of expressing himself through his voice. Juice was always honest with his fans, as was Mac and X, and they all shared a genuine personal connection with their listeners; capable of making immersive, emotional listening experiences like no other. Juice’s legacy is massive, bringing mental health to the forefront and building a positive fan-base. His posthumous music is on the same calibre as his catalogue when he was alive, which is rare to see and speaks for itself.

As emo and underground rap had taken over alongside Atlanta’s pure domination with trap and the calibre of artists they were birthing, New York had lost a lot of its allure in modern hip-hop. Lyrical rap wasn’t as popular, and aside from a few artists they were lacking that superstar they desperately needed. Up stepped Pop Smoke, who single-handedly breathed fresh air throughout the streets of Brooklyn, Harlem and the Bronx which later swept over the country, dispersing globally and forming new lives of their own. Hits like ‘Dior’ and ‘Welcome to the Party’ dominated the airspace as murder music was combined with dance, an unstoppable combo.

Pop Smoke was so unique, his husky tone of voice worked perfectly, and he was dubbed the new 50 Cent by peers, becoming easily the hottest up-and-comer in the game in late 2019. “You cannot say pop and forget the smoke” became synonymous with him after his iconic feature on ‘Gatti’, where he even outshined Travis Scott. Pop’s youthful energy and presence were infectious and will be forever remembered as a legend.

While each of these artists will be remembered for their legacy and influence throughout the music industry, Virgil Abloh was different. His ties to the music industry run deep as does his influence, but in a completely different way to the aforementioned artists. Led by Kanye West, the two Chicago natives would work together on Pastelle, Kanye’s first clothing brand. Virgil would eventually be appointed as the creative director for DONDA, Kanye’s creative agency. He would later be heavily involved in the creative process for JAY-Z and Kanye’s collaborative album Watch The Throne, designing the artwork and being dubbed as the creative director behind the project.

He launched his own clothing brand Pyrex in 2013 before founding Off-White with the aim of making luxury streetwear. He was involved in the creation of numerous artworks throughout the years such as Kanye’s Yeezus and The Life Of Pablo as well as covers for Future and Lil Uzi Vert. Off-White was a huge success, and to this day is still one of the most sought-after luxury brands in the world. In 2018, Virgil made history by becoming the first artistic director of African descent for Louis Vuitton. He made the garments that defined the 2010s and laid the blueprint for aspiring young creatives across the world, and his legacy is nothing short of legend.

These deaths are but a few of the many the culture has felt in recent years with names like MF Doom, Lil Keed and Young Dolph also coming to mind. Hip-hop has always been closely intertwined and influenced by each other, so death in the family can send shockwaves worldwide, with fans rushing to social media to express their love. It’s a sentiment that often helps many grieve the loss of their favourite artists and provide context to their respective legacies. However, with each passing, we learn the importance of giving flowers while they’re still around to smell them.