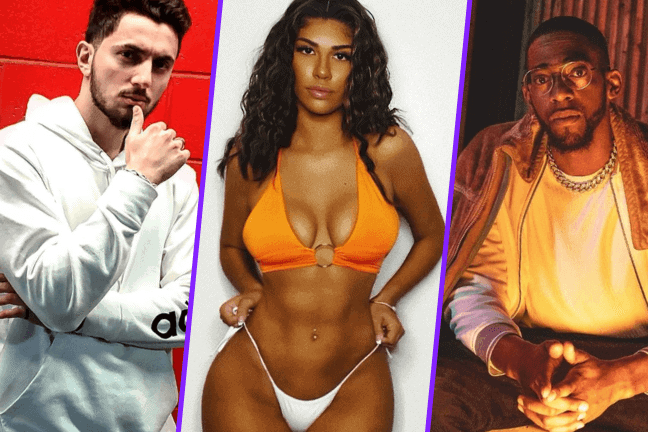 We back with FOREIGN EXCHANGE. Our weekly series bringing you the best of our global submissions! We’ve got a wiiiiiild bunch of tracks this week from all corners of the planet. We’ve been active on SubmitHub for about a month now and have received thousands of submissions! Keep them COMING!

Emerging out of Montreal, Canada with an Ethiopian background is emcee Rawmny Wildcat. This dude has got a unique presence; the low baritone vocal tone and triplet flows are something you’re more likely to hear from Takeoff or Jay Rock.

Here’s one to keep an eye on. In the mould of Saweetie or Stefflon Don, California based artist Vanessa V. has got charisma by the bucket load. With a mixed Creole/Filipino/Mexican background, she’s picking up some US radio spots and will continue to grow throughout 2020.

Courtesy of Donald Glover, Young Thug, Lil Baby and the like Atlanta has been the city in a focus for a minute now, but now there’s a new act on the rise you need to be checking for. Areyahn and Areyell are twin sisters from GA who have sonics in a Jhene Aiko realm but chemistry more like TLC. This one’s a late night mood setter.

LUKE – MADE FOR THE WEAK

UK raps of an introspective nature. Luke hails from the East Coast of England and is delivering raw tales from his ends with a similar perspective to Chip. This is one from his latest EP ‘Learning Curves.’

A Netherlands x Uganda collab here with some hauntingly beautiful sonics about social distancing. Vocalist Kyakuwa comes through on some feelgood Wizkid vibes while DJ NLZ provides a syncopated afrobeats canvas to paint on.

Palestinian / American artist GR3Y is an independent rapper on the come up from Rhode Island and this track is his most experimental yet as he swervs into a Travis Scott influenced lane via the use of autotune and big 808s.