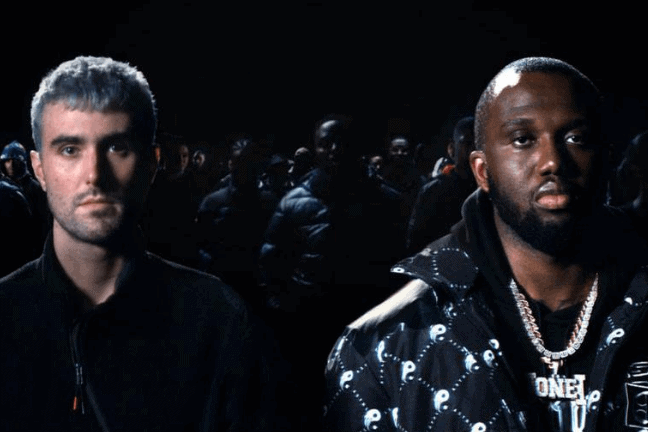 North London emcee Headie One is one of the most exciting acts bursting out of the UK Drill scene of late. After a mammoth 2019 which included singles 18Hunna ft Dave and Both, he’s launched in 2020 with a brand new collaboration with in demand producer Fred Again. The new mixtape ‘GANG’ dropped out of nowhere on Friday and so we linked over the weekend with Hackney-born, Aus based recording artist Z. Lewis to get his thoughts as well as our own. So today you get BOTH reviews. For the price of none ????

AUD’$: One of my favourite young emcees emerging out of the UK Grime & Drill wave, Headie One has a unique presence and energy on records and I’m excited to hear a new surprise project. As a storyteller Headie communicates authentic tales of experience. ‘Both’ was one of the best singles of 2019 and his placements on the Top Boy soundtrack along with Dave collabs have him verging on being a household name globally. Fresh out with a new mixtape titled ‘GANG’ I’m expecting it to be hype and a pure street cut.

Z. LEWIS: Headie One encapsulates both where London’s music and street culture has been and where it’s going. A fresh leading voice, expressing the growth and decay of a city which has propelled stars like Stormzy and Skepta to the world stage – an audience which is well overdue for an education into the grimiest city on the planet. Headie’s dichotomy between music and road culture is his defining narrative, something which is relatable to many drill, grime & trap artists. 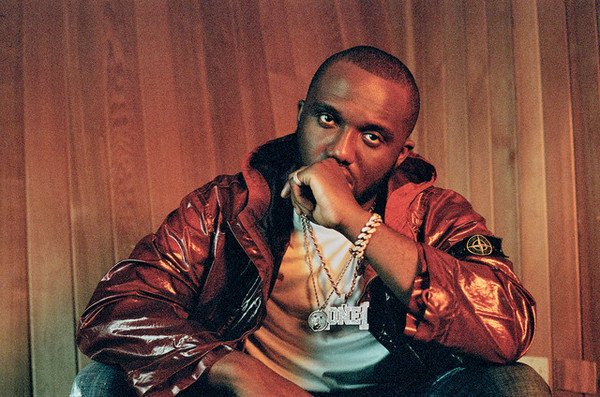 AUD’$: Tape opens with a pulsating kick drums and Headie recounting his brushes with the legal system and a lone piano joins him, anticipation building. And BANG! Just as you feel the crescendo building the vocal breaks into a haunting autotune ‘That’s what I was told you know….’ repeating on end. Pensively setting the stage for the project to come.

Z. LEWIS: This song is drenched with melancholic, introspective themes. Headie One speaks on the duality of being a talented musician with a gift that can take him off a damaging roadside lifestyle, and having a connection and loyalty to the people he lives that lifestyle with. It’s a raw introduction to the project which foreshadows a confronting insight into his mind and actions.

AUD’$: Fred Again paints a canvas moody synths reminiscent of dark alleys as Headie really begins to rap. Stories of his ends, his struggles, and ultimately his GANG. Quick melodic runs again harnessing autotune in a way we haven’t really heard Headie do before. As the snare stabs come in this is beginning to feel like a dance record and has me thinking Headie is showing signs of being able to perform in a Young Thug / Jamie xx type lane. A realm of commerciality which could well be his next chapter. This track, at least sonically, could be a breakout moment for him.

Z. LEWIS: Headie’s aforementioned duality is referenced here in Fred Again’s brilliant instrumental, with smoky synths complimenting soulful vocal stabs. The narrative of the song is a trip into Headie’s experience in prison and his ability to reflect on the factors which brought him to that point in his life. It’s heartbreakingly hopeful & darkly defiant.

AUD’$: Seeing FKA Twigs listed as a feature has me even more hype when I hear these low, drone-like horns just humming as the track begins. Again Headie’s vocal is perfectly engineered with just the right touch of autotune and reverb. Ok here she is. This is magical. She’s in falsetto territory and with Headie’s call / response raps this feels like the spotlight duet interlude moment in the middle of a West End theatre show. Fred Again has SNAPPED with the bottom end 808 coming in almost Kanye like and then… suddenly it’s all over and you’re left wanting more.

Z. LEWIS: Fred Again’s instrumental here is simply heart-wrenching – glitching brass richochets in the mix against Headie’s self-critique: “don’t judge me… I was broke and I loved myself”, bringing you to a relatable mindset for a lot of London’s youth. It’s a circular, dreamlike record. FKA Twigs’ vocal is angelic, giving way to some knocking 808 slides and kick drums.

AUD’$: Lead single. This sounds more like old school Headie One. We’re back in the ends. Drill hi-hats riding nicely. He’s rapping with a new confidence and maturity, both lyrically and socially; not going as hard as on earlier projects and leaving more room for the engineer to work with his vocal. This is one for the mandem to rewind.

Z. LEWIS: An uptick to a more familiar drill sound here, with Headie speaking on his authenticity as an active roadman. The wordplay impresses: “It come like man been playin’ Charades/ The way man talk with them arms”. Fred Again’s instrumental still retains a darkness and abstractism. By this point in the body of work, you feel like you’re in London. 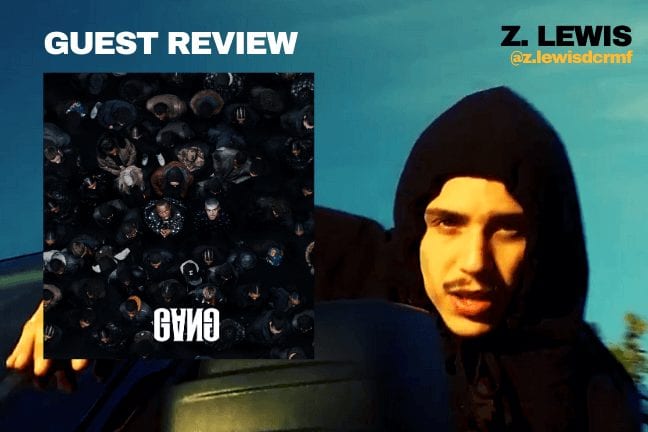 AUD’$: Big echoey vocal intro has me unsure what to expect here before suddenly the beat drops straight into a riddem and we’re catapulted into an underground Tottenham rave. Headie’s voice hauntingly narrating the track as he gets vulnerable. “I can’t even trust myself,’ he’s relaying a sense of redemption without wanting to be seen as a hero. The track rides out electronically again attempting to show a more sonically diversely and potentially commercial ability.

Z. LEWIS: A reverb-heavy introduction brings us into another heavy, eerie vibe. Sliding brass compliments huge 808s and gritty percussion. Headie gets real honest on this one: “The youth finna wanna be like me/ But it was ups and downs”. At just 23, it’s an insanely forthcoming narrative from the spitter. This is clearly a diary entry.

Z. LEWIS: Lingering, transitional and simply moving. Slowthai’s feature lyrics “Head in a prison” speak for themselves. This interlude is drenched in grief.

AUD’$: Drum & Bass production elements evident here as Fred Again is really showing off his credentials. Headie going in the hardest he’s rapped on the project yet. Talking about who was around when he was wearing prison issue fits. The rapper / producer chemistry is massive on this one. This needs to be on the next FIFA soundtrack. It’s sub-three minutes but feels like ten minutes worth of production crammed in.

Z. LEWIS: Great sequencing is evident here, with another return to a more traditional drill rhythm. This record is Headie looking at his journey from the confusing, hectic and damaging life he was entrenched in, to the overwhelming success he has since seen. Fred Again brings uniqueness in with a leaning on garage elements, particularly in the percussion. A real mover.

AUD’$: Oh wow. Sampha is in his bag here. This is Headie on a Gang Signs & Prayers type level. The musical direction on this is flawless. Again the raps are introspective and reflective with brief autotune runs interlaced with gorgeous Sampha refrains. I really hope this gets a music video.

Z. LEWIS: “Share my hands with you and let you help me” – Sampha’s lyric is possibly the most beautiful top line we will hear this year. This is a swelling, arena-worthy song, leaving the listener with the vibrational fragrance of hope, brotherhood and future-sight.

AUD’$: This tape left me impressed. It left me curious. it left me wanting more. Whiich ultimately is exactly what I feel it was designed to do. It shows Headie One’s range of skills on full display and his performance over grand production and with A-list feature sets the stage for a full length album. If you’re a fan you’ll love it. If you’re a new listener it’s going to have you tuned in to his moves into the future. A couple of tracks have the potential to be pretty big heading into the UK summer. Definitely check it out.

Z. LEWIS: Headie One has delved deep into an honest insight with “Gang”, showing us that his musical legacy will live on. It’s a mature, moving tape with some innovative musical direction from Fred Again. Enlisting the services of Sampha, Jaime xx and Slowthai make for a well-rounded, inviting soundscape which will turn the heads and hearts of all who hear it.

Check out the full project below on Spotify. Follow Z. Lewis on IG to keep up with his drops and AUD’$ to stay in touch with the culture ????