ARIES LIGHTS UP MELBOURNE ON HIS ‘BELIEVE IN ME’ WORLD TOUR 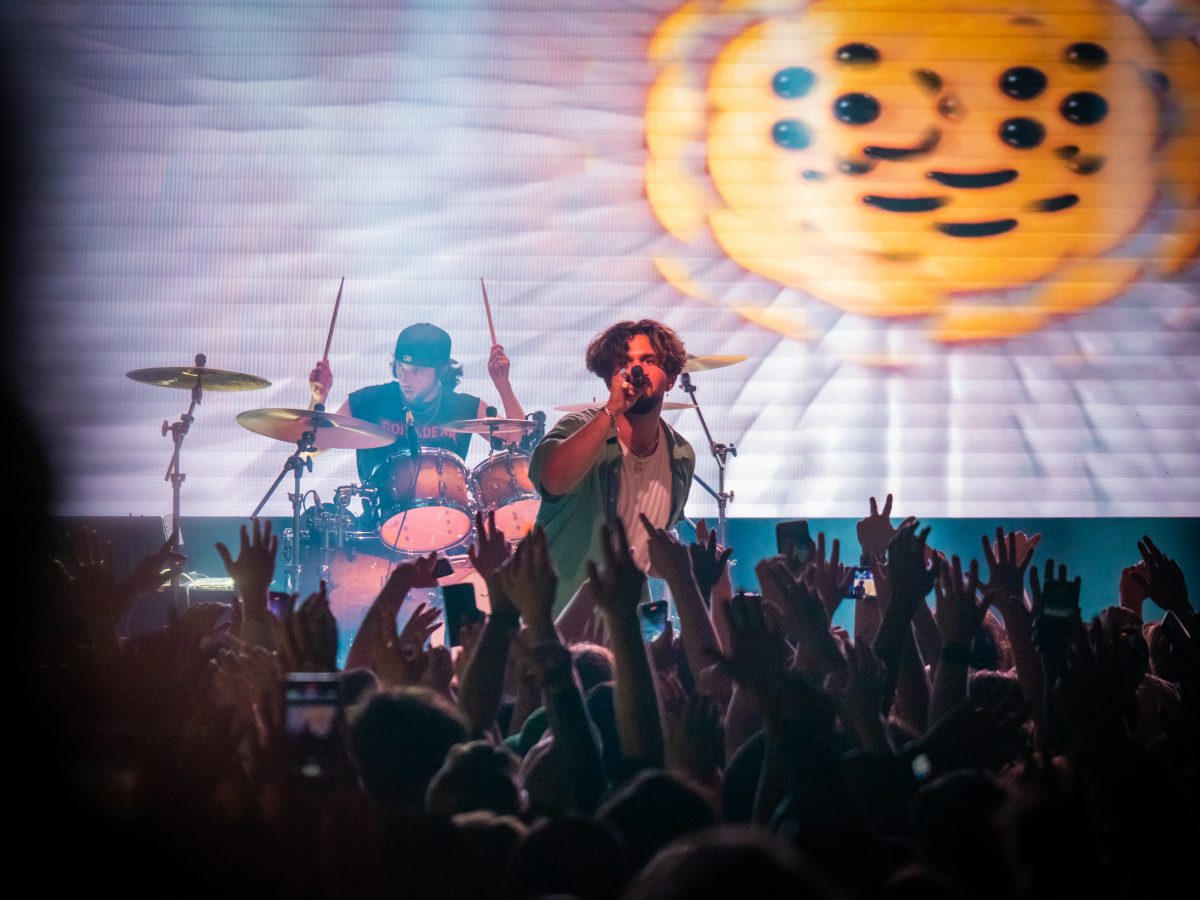 After his Believe In Me, Who Believes In You album release late last year, Aries is currently embarking on a tour throughout Europe and Australia/New Zealand. First from his musical-how-to YouTube and now for his polished performing and pop-rap artistry, the 24-year-old artist has accumulated an enamoured youth fanbase dispersed globally in recent years.

As I rolled into the venue just before 9pm on Monday night, alongside a colleague assigned for photography, I took my spot at the back of the venue. The energised crowd packed in, all from a fairly similar target age of teenagers and young adults with the occasional group of 60 year-olds lingering in the back.

The “ARIES!” chants broke as I walked throughout the venue between the DJ set, playing songs like ‘Sicko Mode’ and ‘Roll In Peace’. It was about 9:15, and he was fashionably late. As each warm up song blasted over the speakers, the crowd only gained more energy.

9:33pm, ‘Still D.R.E’ ended and still no Aries, the crowd got visibly frustrated. The technicians and sound experts are desperately rushing around the stage as there was an issue with the drums, but the crowd is oblivious and cheers like each member of the staff is Aries himself.

The next 20 minutes were painful to watch. Someone in the crowd airdropped me a photo of Aries with the caption “maybe he’s dead” over his face. The audience had exhausted their energy after the buzz of the cheap drinks had been used on songs during the wait. Boo’s rung out and there wasn’t much going on. But at 9:50, Aries finally took the stage.

He immediately gets stuck into the performance, exuding his contagious energy that rejuvenated the crowd as they sang every single word alongside him. By the third track, Aries had already opened up mosh-pits, apologised for being late, and crowd surfed. Despite the lateness, the crowd were definitely getting their moneys worth.

Going into this show blind, it was a pleasant surprise to see someone who I had never heard of resonate with a crowd like that and have an incredible stage presence. Between introducing his drummer and guitarist, he was constantly interacting in conversation every few songs, getting them to chant other crowd members names and even bringing people on stage. There was a huge roar of boos as he stated his rival love for Sydney but after shouting ‘Melbourne’ and addressing the foreign tendency to mispronounce it, huge cheers ensued.

Embracing the culture even further, Aries brought two crowd members up on stage for a shoey, and bridged the gap between the US and Australia by embracing our crude vernacular. Alongside the trippy, psychedelic visuals and the emo-rap/pop singalong sound, there was a genuine personal connection between Aries and the crowd. In the relatively small venue of 170 Russell, everyone was fairly engaged and despite the lateness, everyone had a great time. There was a genuine apology due to technical difficulties, and combining that with an energetic, highly stimulating show, there was a lot to enjoy for Aries fans and casual gig-goers.